Free Fitness Classes for Students at the VHAC 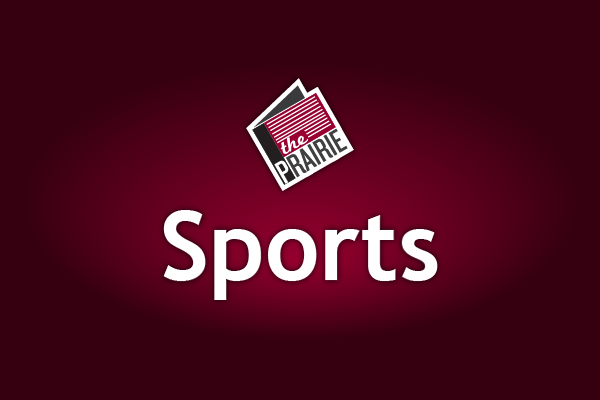 Students looking to work out at WT have a variety of options available thanks to the Virgil Henson Activity Center; among those options are the fitness classes of Stephanie Stampfli. The mother of four teaches three different classes at the activity center during the week in the mornings and afternoons.

Zumba dance fitness classes are held Mondays and Wednesdays at 6 p.m., open format classes are held on the same days at 1 p.m. and 8 a.m. respectively. Stampfli also teaches kickboxing at 8 a.m on Tuesdays and Thursdays, with evening classes held at 6 p.m. and 5 p.m.

Before beginning her classes at WT Stampfli was active in the fitness scene both competitively and as a personal trainer, “I wanted to stay involved…I’ve always been involved in this industry.” Deciding she wanted to do more, she approached the activity center director and set up her Zumba and open format classes.

“I’d been a personal trainer for a long time and wanted to expand on that.” At the same time she was training in kickboxing to compete, but two weeks before her first fight was diagnosed with Rheumatoid Arthritis and Lupus.

“They told me [fighting] was out of the question, I decided if I was going to stay involved in it I was going to have to teach, so that’s why I started teaching kickboxing,” Stampfli said.

Between working as a hairdresser, managing four children and teaching all of her classes Stampfli said, “it’s hard to juggle all of it.” Despite the difficulty, she still enjoys getting to work with the students at WT.

“I love this age… this is my passion and I love doing it,” Stampfli said.

According to Stampfli, attendance has risen this semester, “Zumba is always big… kickboxing classes have been getting bigger, more consistent and more people sticking with it.”

Students of all ages and majors have attended an enjoyed Stampfli’s fitness classes, which are free to attend and are held in the activity center’s mirror room.

“I thought the class was awesome. It was a great workout and a lot of fun,” Rebecca Melot, a senior Dance Major, said who attended the Zumba dance fitness class.   Both of the classes have gotten a lot of positive feedback.  “It’s pretty good. There is a lot of energy, a lot of cardio. It was a really good workout, from the looks of it, it’s a pretty great class,” Freshman Business Major Corey DeWitt said about the kickboxing class.