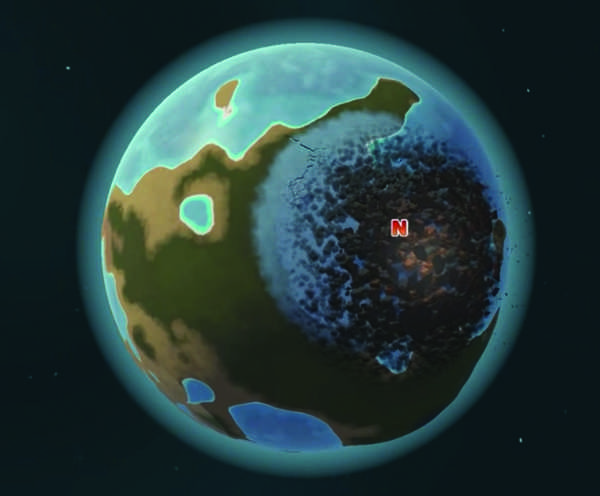 In August 2012, Uber Entertainment launched a Kickstarter campaign as part of an initial wave of video games attempting to gain funding using the service. Their goal was a relatively modest $900,000. At the end of the Kickstarter campaign, Uber had raised $2,228,000 from backers alone, setting the stage for the game’s future development.

Those familiar with Uber’s previous Supreme Commander series and the original Total Annihilation will be immediately familiar with the mechanics and gameplay present in PA. It’s a large scale Real Time Strategy game, which involves keeping a steady income of resources, building and defending a base, producing units and taking those units to blow things up with. Players start each match in control of a single commander unit, which they must protect at all costs, losing the commander means losing the game. The starting unit can build a variety of basic structures that later prodeuces more advanced builder units to ascend the game’s tech tree. Each player must set up their economy and begin producing military units and base defenses to fend off attacks and go on a warpath.

As with their previous titles, PA’s resource economy consists of two resources that stream into the player at a constant rate based on how much the player is producing. Metal, which must be gathered from deposits in the ground on planets and energy produced by power plants and orbiting solar panel arrays create the backbone of a player’s production. As more extractors and generators are built the rate of income will increase, and storage facilities can be built to increase the capacity of held resources. Whenever a unit or building begins construction, an amount based on the item’s cost will be subtracted from the income rate. If the rate of either resource goes below zero, it will begin to drain and hit the bottom of the barrel which causes a massive slowdown in construction. An interesting feature is the ability to collaboratewith multiple construction units. Each constructors effort increases the resource cost but also speeds up production, allowing players to quickly build up defenses or pump out a quick army for a counterattack.

The major design feature setting PA apart from other RTSs is the maps upon which players do battle. In most games the players will get a plain area.Planetary Annihilation, as the name implies,can span multiple planets and moons orbiting a star. Once players progress enough in the tech tree they can construct the orbital factory to produce solar arrays, spy satellites, space fighters, and a lander vehicle. In a move absurd enough to make a Bond villain do a double take,units can construct massive rocket engines on smaller moons and asteroids with the intent of annihilating a planet.

Navigating the spherical maps may confuse some players at first, especially if they don’t know the camera controls, and moving between viewing a planet and the star system is a little clunky, as the camera sometimes sticks to the planets. While it’s reasonable for a beta, the tech tree is somewhat sparse compared to Supreme Commander’s at the moment, but there is a good base to build upon moving forward. Unit icons from a zoomed out view don’t do a good job of differentiating what’s what, and in the late-game cluster of chaos it can be hard to even select specific units in the midst of battle.