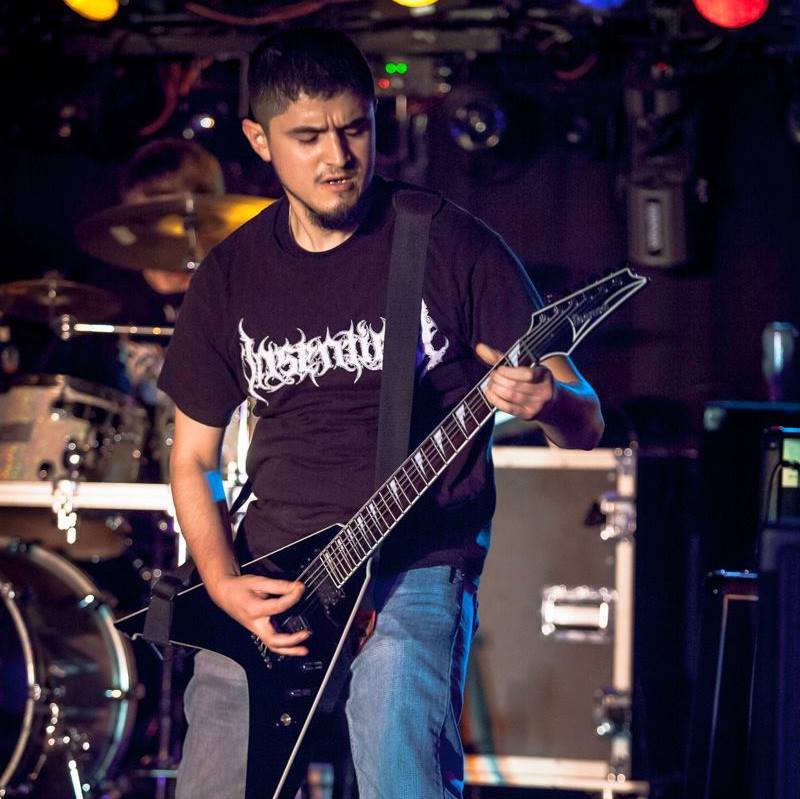 “The band had been on the radio station and I would help out,” said Izaak Chavez, a graduate of WT, “I had made a joke that if they needed another guitarist to let me know.”

Shortly afterwards, the band Abolishment of Flesh invited Chavez to try out.

“I was learning songs, juggling classes, working at my other job, helping out all over the Mass Comm department and trying to sleep somewhere in there.” said Chavez. “It’s definitely death metal. It’s real heavy and fast, but it has some melody and intricate guitar work. It’s hard to describe, but you’ll know it when you hear it.”

Izaak Chavez, a graduate of the WT mass communications program, has put plans for completing a higher degree on hold in order to pursue a more musical goal, performing in the death metal band Abolishment of Flesh. The group is already at a major milestone, travelling with several other bands in their first major tour. Abolishment has already played shows in Chicago, Kansas City and Clifton Park, NY. Now the group is on a short break from the tour due to a problem with crossing the border.

We should have been in Canada,” said Chavez, “it sucks that it didn’t work out but we’re still playing the American tour dates, and meeting back up in Las Vegas.”

Chavez is pleased with the opportunity to do what he loves.

“After Deathfest in March, the All Things Dead tour had been in the works and our name got thrown out,” said Chavez, “This is Abolishment’s first big tour and we’re getting recognition because of it. Not many other metal bands are taking these steps to further themselves, now it’s at the point that we are hitting our level.”

“I didn’t want to say anything to [my advisors] because I had no idea what they would say,” said Chavez, “I saw it as a conflict between academia and entertainment. Eventually Randy Ray kinda forced my hand and I had to tell him. He was fine with it, he seemed kinda bummed, but I made a problem to finish graduate school.”

Chavez, while committed to his fellow musicians in the band, still values the experiences he had at WT.

“Everything I learned in the Mass Comm program has helped me out,” said Chavez, “but this is something I always wanted to do and you don’t get an opportunity like this every day. I have to see this through as much as I would with academia.”

While chasing his own dream, Izaak had a few words of encouragement for other students at WT with dreams of their own.