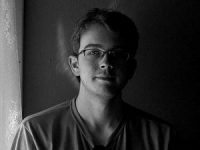 Before the cataclysmic fire that forever changed Shirou Emiya’s life, the city of Fuyuki was an untouched and relatively unremarkable locale in Japan in the mid 1990s. Before the Fifth Holy Grail War, there was the Fourth, tainted by the events of the Third. Before the man known as Kiritsugu Emiya passed away peacefully as a loving father, he was a ruthless assassin fighting in this accursed tournament for a relic that could finally grant him the miracle to save the world. Before Kirei Kotomine acted as the overseer of the Fifth Holy Grail War, he desperately sought for a purpose to his existence and why he was even chosen as a Master. Seven mages and their Servants would fight for the Holy Grail, as they had for decades, but this time would mark the beginning of the end for many things. Before Fate/Stay Night, there was Fate/Zero.

A collaboration between Gen Urobuchi (writing) of Puella Magi Madoka Magica fame, Takashi Takeuchi (illustration) and Kinoko Nasu (directing) of Type-Moon, Fate/Zero is the prequel to the acclaimed visual novel Fate/Stay Night, telling the tale of the Fourth Holy Grail War, taking place a decade before the events of the VN and following a new cast of characters with some familiar names and faces. Originally published as a set of four light novels back in 2006, the series received an animated adaptation by famed animation studio ufotable, whose previous works included the seven Kara no Kyoukai films, another Type-Moon property and the “prototype” of the Nasuverse.

Unlike Fate/Stay Night, where the main focus was on Shirou and the heroine of whichever route was being pursued (Saber for Fate, Rin for Unlimited Blade Works, and Sakura for Heaven’s Feel), equal focus is given to all of the Masters and Servants of the war. As such, it can be said that there is no central character in Fate/Zero, with the seven Master/Servant servants having different goals and morals.

Kiritsugu Emiya, aided by his wife Irisviel von Einzbern and assistant Maiya Hisau, and the very same Saber that would fight for his adopted son are the pair closest to being the main protagonists, though they definitely don’t get along, with Kiritsugu’s cold and ruthless pragmatism clashing with Saber’s chivalric code of honor. Tokiomi Tohsaka, the head of the Tohsaka family and father of Rin, is a traditional mage with the goal of reaching the Root of Akasha, the goal of all mages, and has summoned Gilgamesh as his Archer, the most powerful Servant with an ego that essentially is its own black hole. Kayneth El-Malloi Archibald, an arrogant mage teacher at Clock Tower, was already slated to be one of the Masters to fight in the war, but his original relic was stolen by one of his students, relegating him to summon Diarmuid Ua Duibhne as his Lancer instead. The aforementioned student, Waver Velvet, wanted to show Kayneth up after the teacher publicly humiliated him in class, but when he summons Alexander the Great as Rider, he might be in over his head. Kariya Matou just wants to free a young Sakura from the clutches of Zouken Matou, but due to not being a proper mage, he will slowly die while trying to support the raging mana-vacuum that is Berserker, an unknown Servant only known as the Black Knight. Ryuunosuke Uryuu should NOT have been chosen to be a Master (what with being a women and children murdering serial killer), but here he is, though both he and his Caster, the infamous Gilles de Rais, care nothing about the war, as Ryuunosuke has no idea what’s going on and just wants to keep killing and Caster is obsessed with Saber. Finally, a young Kirei Kotomine wants to find out why he was chosen as a Master and what his purpose in life is, helping his teacher Tokiomi from behind the scenes with his Assassin, one of the many Hassan-I-Sabbah.

The story explores several different themes, such as how the chivalry of a knight can survive on the modern battlefield, honor against pragmatism, the idea of a “hero” being deconstructed, and what a king should be to their subjects. While Fate/Zero does feature a bit of action, especially in the anime where it also features absolutely gorgeous visuals and music by Yuki Kajiura and Kalafina, there are just as many scenes where it features the dialogue and interaction between the cast, showing how they evolve over the course of the war and how there are different sides to them. Kiritsugu may be a cold assassin willing to bomb an entire building just to kill his target, but he’s also a loving husband and father, wanting nothing more than to create a safe world for his daughter, Ilya, and he even shows hesitation in wanting to fight, because it will eventually lead to the death of Irisviel. Meanwhile, Waver, originally a bit pompous and wanting recognition for his views on mage families, slowly becomes more humble and grows a backbone thanks to Rider, who, while a bit rough with the poor guy, truly sees the best in Waver and inspires him with his charisma and ideals. Interestingly, the story also explores the negative side of “Being Yourself”, something that has dire consequences when Gilgamesh essentially says this to Kirei, imploring him to find and experience that which brings him joy, no matter what it is or how it affects other people. Once Kirei takes this to heart, the Kotomine first seen in Fate/Stay Night is born and things get worst for the rest of the cast.

The anime premiered in Fall of 2011 and concluded in Spring of 2012. It is available to watch on both Crunchyroll and Netflix, featuring the Japanese and English dubs. The show is easily one of the most gorgeous-looking anime, especially at the time of its release. ufotable gained recognition from the Kara no Kyoukai films, but since they never made it over to the west, it wouldn’t be until Fate/Zero that a much wider audience were caught. A few years later, the animated adaption of the Unlimited Blade Works route from Fate/Stay Night was animated by them again, continuing the high quality animation and music that the studio and series is known for.

Fate/Stay Night will always remain a classic, but in a few regards, Fate/Zero is even better. It helps that Nasu had a few years after the original release of F/SN to polish up on the lore and characterization of the cast, something that Urobuchi and ufotable used to their advantage to expand upon the world and characters. While it does contain many spoilers for Fate/Stay Night and can be a little confusing or even overwhelming for people that are not that familiar with the Nasuverse, Fate/Zero is a must-watch classic not only for anime fans, but for people that appreciate strong storytelling, hauntingly beautiful music, and stunning visuals.