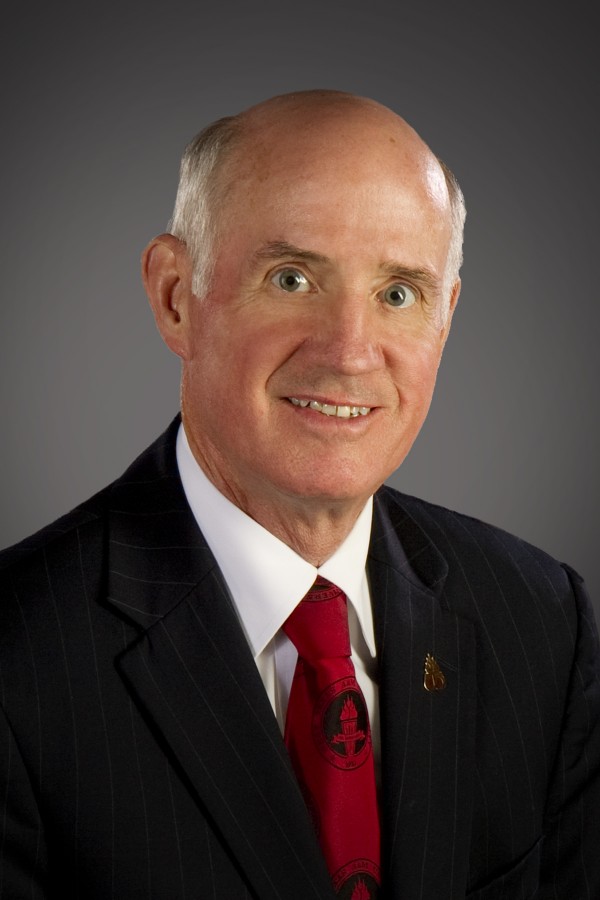 The plan was to stay five years. Maybe six.

But that was before he fell in love with West Texas A&M University.

University President Dr. J. Patrick O’Brien will retire at the end of this academic year after marking his 10th anniversary at WT this February.

“I was hired shortly after Dr. O’Brien arrived at the University, so my entire experience up to this point at WT has been through the lens of watching him as a leader, colleague, and friend…and it’s been instructive in the best ways,” Vice President of Enrollment Management Dan Garcia said. “He will be missed greatly, but remembered with admiration.”

O’Brien said his greatest joy as president has been seeing students be successful in achieving their goals.

“That’s where you see a student come in at Buff Branding, and you meet them, and you can see the eyes, the dreams, the ‘I’m away from home,’ and all that sort of stuff,” he said. “And then, four years later, sometimes five, six, they walk across that stage and you see the joy that they have that they were able to accomplish what it was that they set out to do.”

O’Brien has likewise been able to accomplish his own goals in continuing to “change the culture” of the university. When he first arrived at WT, he felt that faculty and students were satisfied with the status quo.

“There seemed to be this sense of ‘we’re just happy where we are,’ and that’s bad because higher education is one of the most competitive industries in the nation,” O’Brien said.

With the way universities are funded in Texas, the university budget does not increase if enrollment numbers fail to grow. To ensure WT could provide the best faculty, programs, and scholarships, O’Brien said the university needed to shift its mindset.

“One of the things that we had to change is to have people believe that we could compete against any institution in the nation,” he said. “[We had to believe] that we could be recognized, that our reputation could be recognized, that we’re one of the best institutions in the nation. And if I’ve accomplished anything, I think that I’ve gotten us to believe that.”

Under O’Brien’s administration, enrollment has increased from 7,412 in the fall semester of 2006 to a university record enrollment of 9,489 last fall. Garcia said O’Brien’s other major achievements include creating the position of Chief Diversity and Inclusion Officer, “aesthetic and functional” improvements to campus, and support for the addition of academic programs in Canyon and Amarillo.

“But his greatest accomplishment—from my perspective—has been to model effective and compassionate leadership, and to set a course for the University that he was invested in and committed to,” Garcia said.

During his retirement, O’Brien plans to travel, garden, hike, and spend time with his family. O’Brien and his wife, Karen, have two sons and three grandchildren.

“He and Karen exemplified the ‘WT Family’ culture that exists within our student body,” Vice President of Institutional Advancement Tim Bynum said. “They put great effort into mentoring and building relationships with students.”

O’Brien said that from his first day at the university, this student-centered ideal caught his attention.

“The people here were so welcoming and so genuine,” O’Brien said. “I could see that a characteristic of this institution’s faculty and staff is that [they] are truly, truly concerned that students be successful. You could see that in the interaction that they have with the students and the willingness to work with students.”

While O’Brien has been considering retirement for several years, his goals for university improvement and his attachment to WT motivated him to stay longer than expected.

“Well, as it turns out, we fell in love with the place,” he said. “And every year it became harder to leave.”