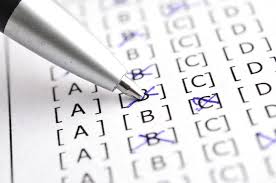 Raised academic standards for admission to West Texas A&M University will go into effect for potential incoming freshmen this fall.

“We review our admission standards each year to ensure that they are appropriate,” Dr. Wade Shaffer, provost and vice president of academic affairs, said. “Last year [Dan Garcia, vice president for academic enrollment] analyzed the data and found that many of the students who were admitted just below the admission line were not being successful in their studies and often left the university after just one semester or one year.”

While WT will continue to accept all students in the top 25 percent of their class, the university has adjusted its minimum standardized test scores for students graduating in the second, third and fourth quartiles of their class.

“[Garcia] then examined data for current students who would have been admitted under the new proposed standards and saw that they are more likely to be successful,” Shaffer said. “So it made sense to adjust standards to reflect what is needed to be successful at WT.”

Garcia said he hopes the new standards will increase freshman persistence rates, or the number of freshmen students who return the next fall for their sophomore year. He said the percentage of returning freshmen has hovered at about 65 to 66 percent over the last several years.

“The idea behind this is that we want to give students the opportunity to come to college and be successful,” Garcia said. “Test scores, high school rank, GPA and other factors give us pretty good indicators in terms of potential for success. We would much rather not do a disservice to students by admitting them if they’re not academically prepared.”

Pending approval, the university is also considering changes in procedure for reviewing students who do not meet admission standards. Garcia said the secondary review, which could be implemented by fall 2017, compares students’ standardized test scores with their high school rank.

“The secondary review would deny additional students who have low standardized test scores,” he said. “If the student is in the second quartile and they have a 17 ACT, the old score, we will still admit them, but it will be a conditional admission. What we’re doing is making some considerations for strengthening and tightening up the conditional admission that we have.”

Garcia estimates that about 200 more students will be denied admission next year if both of these procedures are put into place. WT currently admits 71 percent of freshman applicants, according to the university website.

Incoming freshmen in the third quartile of their graduating class must now have a 21 ACT score instead of a 20 ACT score, with the corresponding SAT score increasing from 940 to 980.

Students in the fourth quartile of their graduating class now need a 23 ACT score instead of a 21 ACT score for full admission, with the corresponding SAT score rising from 980 to 1050.