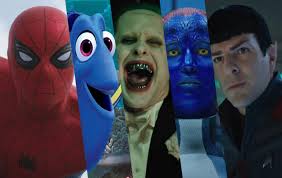 What is an original movie? Is it a movie with fresh ideas for a script or a movie using similar plot points from other famous movies. The real question, however, is does that stuff even matter anymore? Well for the summer of 2016 it has been a drought for great popcorn flicks.
Now the summer season is different for everyone but for now we’ll just stick to the middle of May when all the kids are out of school and there are no more yellow buses to be seen, to the end of July and beginning of August. You can still consider Marvel’s Captain America: Civil War if it makes you happy, but we’ll start with the late May area to save time and sadness.
Late May was home to different ideas, sequels and box office letdowns. “The Angry Birds” movie was a surprisingly entertaining movie that raked in over $100 million gross while the well performed and original “Maggie’s Plan” produced was at a low $2 million. These two movies are almost impossible to compare but they show the trend in what an audience wants in a seasonal during this part of the year. “Maggie’s Plan” is a movie that should have been released around Oscar season to receive more acclaim, but a poorly timed release leaves it as another solid and forgotten movie.
The weekend of June 3rd first brought us the hilarious “Popstar: Never Stop Never Stopping” which reached $9.5 million, then the highly anticipated “Teenage Mutant Ninja Turtles sequel” that brought in  $82 Million. Both knew their purpose as a movie and served their audience well and seemed to be worth their ticket price.

The following weekend there was the releases of “The Conjuring 2” ($102 Million), “Now You See Me 2” ($65 million), and “Warcraft” ($47 million). The first two which were sequels that didn’t seem to catch everyone’s attention, but performed very well at the box office. “The Conjuring 2” of course, took successful elements from the first movie, while “Now You See Me 2” went completely off the rails and kept it entertaining. However, “Warcraft” was supposedly the first of many movies in this franchise and it was not received well in the United States, but its numbers overseas were at $386 million which kept its hope for a sequel alive.
June 17th had many people anticipating the long wait of  “Finding Dory” bring in $479 million since so many viewers fell in love with the first film “Finding Nemo”. Then “Central Intelligence” a comedy featuring famous actors Kevin Hart and Dwayne Johnson which played a huge factoring bring in $127 million.

June 24th’s release date of “Independence Day: Resurgence” cashed in on its predecessor as well bringing in $102 million. Just like “Finding Dory”, “Independence Day” stayed true to its original material but lacked the soul and fun of the first movie which was very obvious. “The Shallows” was also released ($54 million) to many theaters and shocked many viewers by how simplistic it was. It took the typical shark movie genre, kept it in the water and made it a very tense movie.

July 1st brought in movies like “The BFG” ($54 million), “Legend of Tarzan” ($125 million) and “The Purge: Election Year” ($79 million). “The BFG” is a take on the popular book by Ronald Dahl and had a lowly box office performance compared to its projections. “The Legend of Tarzan” was a different live-action take on the popular animated movie and was appreciated for its fresh take on the well-known character that many people have grown up knowing and watching. “The Purge: Election Year”, another sequel to the exhausted franchise, was anticipated mostly due to its social media promotion.

July 8th carried on the trend of two movies dominating the theaters. “Mike and Dave Need Wedding Dates” ($45 million) and “The Secret Life of Pet”s ($353 million) were both comedies with big name actors in unusual roles. “Mike and Dave” had young popular actors Zac Efron, Aubrey Plaza, Anna Kendrick, and Adam Devine. While “The Secret Life of Pets” had comedians Louis C.K. and Kevin Hart in their first animated flicks that reached worldwide appraise.
July 15th brought the ever so controversial “Ghostbusters” which brought in $124 million.  July 22nd gave us another sequel that was not really anticipated, “Ice Age: Collision Course”  raked in over $300 million in foreign countries guaranteeing another movie in this franchise. Also “Lights Out” ($65 million) scared us again while “Star Trek Beyond” ($150 million) gave the beloved franchise a breath of fresh air with its action and expansion of the universe.
July 29th got couples ready to call the babysitter to go see “Bad Moms” ($95 million) and “Jason Bourne with Matt Damon” returning ($149 million). August 5th took families to go see the unique movie kids movie “Nine Lives” ($17 million and when I say unique I mean really, amazingly unique! However, it was demolished by the most anticipated movie of the summer “Suicide Squad” that brought in $282 million. Although the movie has many different opinions, it put people in the seats and made tons of money.
August 12th brought two different genres of movies with the family based redo of “Pete’s Dragon” ($54 million), and on the other side of the spectrum was the raunchy “Sausage Party” ($80 million) that had many leaving the theater with a jaw-dropping ending. August 19th was the ending of the summer’s high box office numbers with “Ben-Hur” ($19 million), “War Dogs” ($27 million), the beautiful “Kubo” and  “Two Strings”($25 million). But these are just first-weekend performance numbers.
Let’s take a step back to 2015, you probably just saw “Star Wars VII” and thought “wow,” 2016 is going to be a great year at the theaters. But all in all, it kind of was a huge letdown in quality not financially. Original ideas are running out and as long as a movie has a cookie-cutter script with a popular actor, why wouldn’t they show up to that? There’s a feeling that today’s average movie-goer doesn’t want to risk the money of a ticket when they can watch it online or just wait forever for it to get on Netflix.
So for what it’s worth, the movie studios don’t know what audiences want but they do at the same time. Or they just don’t care and hope for the best. But if the summer of 2017 is a repeat of 2016, then I’ll be satisfied because I have a handful of movies that I appreciated and a couple I hated. But one thing is for sure, Disney should release all of the nine next “Star Wars” in the summer seasons only.