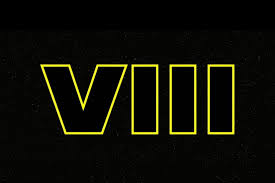 With Star Wars Episode 8 only a year away, a very important question a lot of people had on their minds is who Rey’s parents really are. Now myself, I like to stay away from potential spoilers, so I avoided reading others theories on the topic and instead created my own. And it’s not as complex as others may be, it’s actually quite simple.
My theory is, (you ready?),  she was conceived just like Anakin Skywalker (we can delve into the whole Darth Plagueis thing later) and was noticed by Luke Skywalker. Luke saw her force potential and would add her to his Jedi training program along with an older Kylo Ren (he’s still Ben Solo) at this point.
So how do we get to episode 7? Well, Ben was slowly transitioning to the dark side, he would later unite with other members of the academy and create the Knights of Ren. The Knights would go on to kill anyone who was against them or didn’t join them. So what happened to Rey? Well, I think Luke caught wind of Kylo changing sides and would flee along with his star pupil to protect her. He would do what Obi-Wan did for him when he was young and his father would go dark. He would use a force block to strip her past from her mind so she would not go the Kylo path. Now why they choose Jakku? I have no idea.
Now many say that Kylo should remember her if they trained together, but this could be false because there is an age gap between the two and he maybe never knew of her potential.
So let’s tackle two important topics relating to her as well. One being her parents and the second being Luke. I believe her parents were either regular people or higher ranks of people. They might’ve lived on some random planet or one of those random 5 planets destroyed by Starkiller Base (don’t ask about their names because the movie didn’t care about them and neither did I). And for Luke, I think that after the Kylo situation, he went into to solitude on the first Jedi temple Ahch-To.
But let’s quickly go over a very important detail that could’ve helped turn Kylo dark. Remember when Yoda was training Luke in episode 4? And how Luke was very aggressive and later left to training early to help out his friends. I think the same may have happened with Kylo, he maybe thought he was ready too soon and Luke did not approve of him leaving early. So Kylo, unlike Luke did retaliated by killing the rest of the people being trained.
No one way I see the rest of this trilogy playing out is that I don’t think Kylo is completely dark and I wouldn’t be surprised if Rey goes completely dark. I can see them both becoming dark, light, or even gray Jedi by the end of this very trilogy.