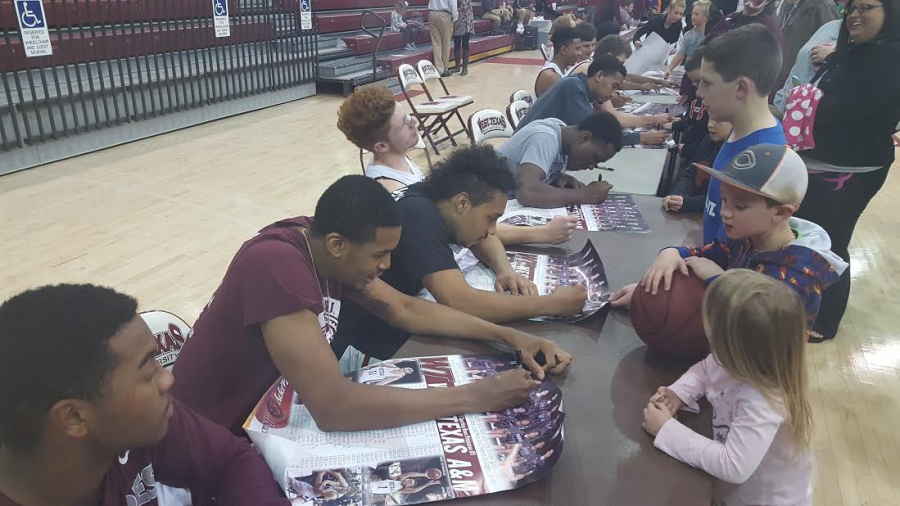 Canyon, TX- Fans are always curious to see how their team responds after their first loss of the season. West Texas A&M (6-1) responded in convincing fashion as they routed the OPSU Aggies (2-2) 105-66.

With 105 points, it is easy to see that once again WT’s offense was clicking on all cylinders, but by some unlikely names. Drew Evans, who hadn’t scored prior to this contest, dropped the game high 22 points which even included two monster dunks before the end of each half.

“Coach Brown just told me to be aggressive,” Evans said. “He said the points will come by themselves. Just be aggressive, be a team player, be a leader and just learn a lot from the older guys and I did that very well.”

“Half the points were bench points, that’s incredible,” Brown said. “It’s hard sometime for a freshman to get minutes because I think we are very good, I think we have a very good team and when we play together like that we’re exceptional. So it’s hard for freshman to get on the floor but if Drew continues to play like that he’s going to get more and more minutes.”

Evans also had 2 steals and 3 rebounds to go with his scoring spree.

Despite 105 points on the night as a team, All-American David Chavlovich only had 6 on the night which also included 6 rebounds. Evans though speaks on how Chavlovich won’t be bothered too much by that stat.

“David is an unbelievable team player,” Evans said. “He’s a great team leader, that show the unselfishness from him, real good team player.”

Chavlovich needs just 6 point to pass Mo Cheeks’ scoring record. He and the Buffs will be back in action against Wayne State this Friday followed by Southern Nazarene on Saturday. Both games tip-off at 2:30