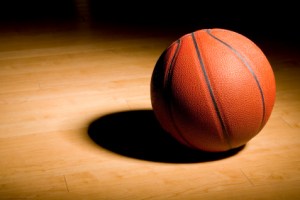 Junior guard David Chavlovich started by scoring WT’s first 10 points of the game. The All-American finished with 30 points and respectively had 7 rebounds and 6 assists with his great performance which is one of his best outings of his time.

“It’s probably one of the best games in my career.” Chavlovich said. “I kind of felt it coming into the game. When I hit the first shot as Isaiah Thomas (Boston Celtics guard) would say, It’s go time.”

Though the game was back and forth most of the time. The Buffs looked to be in a little danger of dropping their first home game as they were down 11 early in the second half. An 18-3 run helped WT eventually regain the lead. Head coach Tom Brown says halftime was a time for adjustments.

“I think everything is critical in the game of basketball.” Brown said. “We played so poorly in the first half. We challenged our guys at halftime and I think they responded. We finally took the ball to the basket and scored and if we didn’t score we’d get an offensive board, a put back, or we got fouled. Midwestern is a team that hits you until you are beaten to a pulp or until you respond. We got hit a lot in the first half and finally in the second half I think we responded, started playing good basketball. We moved the ball on offense, we got some good looks and we got stops.”

Senior post Skyler O’Laughlin also played a great hand in the Buffs win. He made himself wide open multiple times as he finished with 17 points, 10 of those points came off dunks. With as many slams as that it would be apparent that he was finding holes in the defense and was getting open. O’Laughlin says his success though is based off his teammates at the guard spots.

“Lot of it is from Chavlovich and Jordan (Evans).” O’Laughlin said. “When they are hitting shots everyone is focusing on them and that just makes it easier on everyone else. When we got guys that are that good it helps everybody.”

The Buffs will now go on a two game road trip to Kingsville and Angelo State, in that order. WT returns home again Febuary 23rd to face Commerce followed by a game with Tarleton State on the 25th to end the regular season.