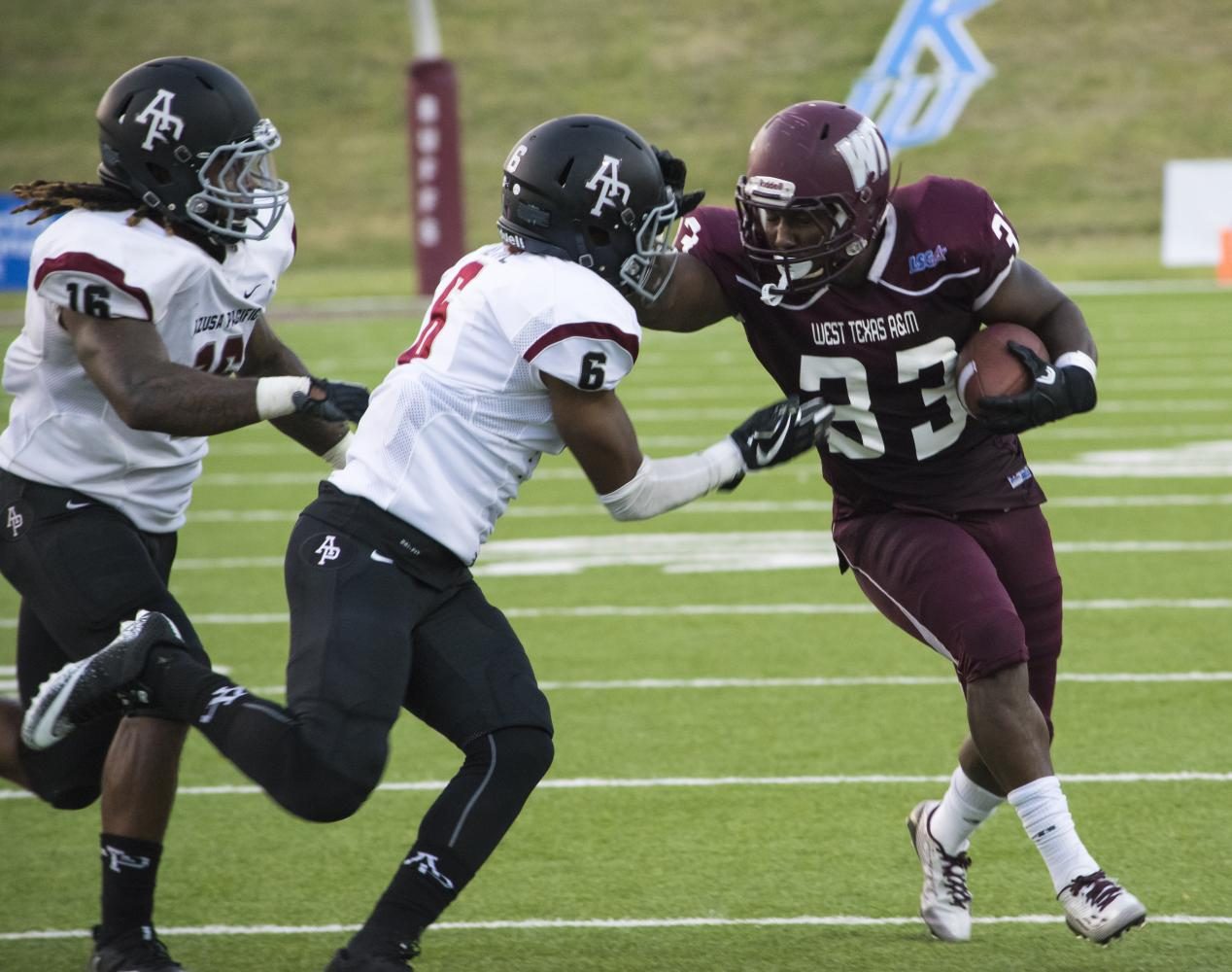 Newly-branded head football coach Hunter Hughes made his debut in front of approximately 6,200 fans as part of the Buffs’ season opener on Sept. 2 against 13th-ranked Azusa Pacific.

After trailing 10-0 at the half, the Buffs managed to slowly cut the Cougar lead to as low as four points in the fourth quarter.

While both sides of the ball played a physical game, WT was shut down throughout the first half. Hughes said that minor miscues made the difference.

“Whenever you lose, it’s not the result you’re looking for,” Hughes said. “We gave ourselves some opportunities. We made some mistakes mentally that hurt us. Azusa capitalized on them.”

Despite the Buffs’ early struggles, WT put itself in a position to potentially win the game in its final three minutes. That was until a crucial mistake occurred on the fourth play of the drive.

Junior running back Warren Witherspoon coughed up the ball at the Buff 46 yard line, which led to an Azusa Pacific touchdown, to seal its fate. However, after rushing for a game-high 138 yards, Witherspoon believes that he, and the rest of the offense, will aim to get more aggressive as the season progresses.

“I feel we did good today,” Witherspoon said. “Next time we come out, we’ve just got to finish drives. Stop being complacent, including myself, to not just be happy with the long runs and go get the touchdown.”

The defense can also take away some positives from this contest as it held the veteran Cougar offense that averaged about 35 points per game last year to just 17 points. One key moment was when sophomore cornerback Kevon Thomas halted an APU receiver’s route for a 36-yard pick-six. Thomas said the defense just did what Hughes has been coaching all year.

“The defense came ready to play,” Thomas said. “We came out mentally prepared and physically prepared. Coach Hughes tells us to come out physical and I feel we did. We’ll be even more focused next week. This is for Coach Hughes and everything is for him next week.”

Next week is a great chance for WT to redirect the ship in the right direction as they square up with Hughes’ former employer, another top 15 opponent in CSU-Pueblo.

“I’m not playing in it,” Hughes said. “It’s the players who are in it. It means more to them than it will me. I mean, it’ll mean something but they’re the ones playing, making the tackles. They’ll make the plays. I think we’ll be ready to play.”

The Buffs will pursue their possible upset bid against the CSU-Pueblo ThunderWolves at Kimbrough Stadium at 6:00 p.m. next Saturday, Sept. 9.