This week in American politics: whistleblowers, impeachment, and the Bidens 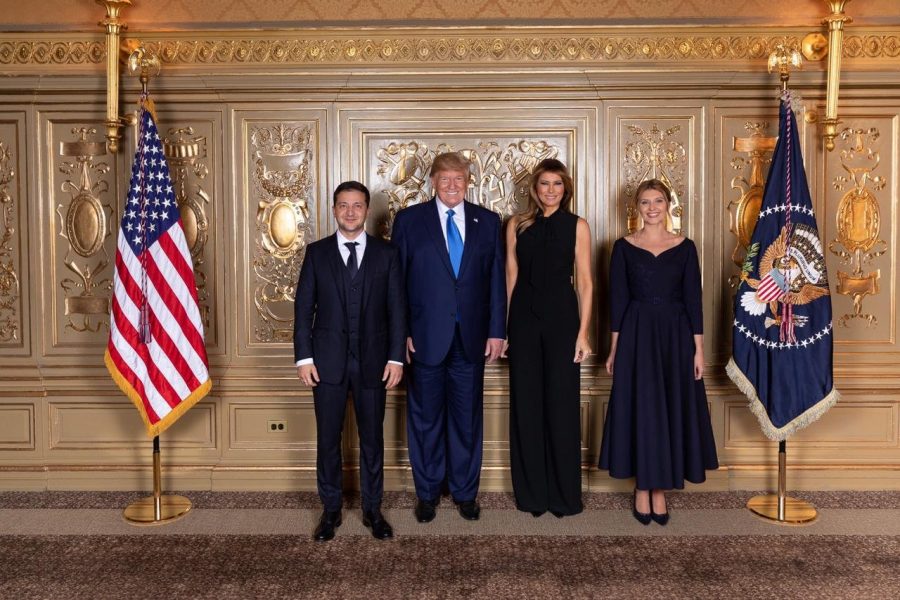 On Tuesday, Speaker of the House Nancy Pelosi (D-CA) announced that the House of Representatives would be moving forward with a formal impeachment inquiry, stating that President Trump must be held accountable for his betrayal of our nation’s trust in his honesty and integrity.

In her official statement on Tuesday, Pelosi stated that “[t]he times have found us… to place us in the urgency of defending our Constitution from all enemies both foreign and domestic.”

The event that prompted this motion by the House occurred on Sept. 17, when Congress was notified by Intelligence Community Inspector General Michael K. Atkinson that he was receiving pressure from the Trump Administration to withhold a whistleblower complaint regarding a July 25 phone call President Trump made to the Ukrainian president Volodymyr Zelenskiy.

The complaint first became public knowledge when House Intelligence Committee Chairman Adam Schiff (D-CA) revealed the existence of the whistleblower complaint in a Sept. 13 press release. The Aug. 12 complaint alleged President Trump solicited interference in the 2020 election during a phone call with President Zelenskiy by asking Ukraine to investigate his top Democratic rival for the 2020 presidential election, Joe Biden. The complaint also made reference to a memorandum constructed of notes taken by staff that were present for the phone call, which was classified until Trump authorized its release this week following threats of impeachment.

The memorandum reveals that Trump began the call by congratulating Zelenskiy for his party’s win of the parliamentary majority. The conversation quickly turns to the amount of aid that the United States has provided to Ukraine with Trump alluding to Ukraine’s lack of repayment.

According to the memorandum, Trump then states, “I would like you to do us a favor, though…” and mentions Crowdstrike and a server. Trump says to Zelenskiy that the Attorney General will call to discuss the Crowdstrike investigation, then requests that Zelenskiy speak with Trump’s personal lawyer, Rudy Giuliani. Trump finishes his requests of Zelenskiy and Ukraine by asking that the Ukrainian government open an investigation into former Vice President Joe Biden and his son, Hunter.

According to CNN, Crowdstrike is a cybersecurity company founded in 2011 that sells security software to corporations, banks, and governments. Crowdstrike’s last big news moment was when the Democratic National Committee paid the company to investigate a server hack during the 2016 primaries, which was determined to have originated in Russia. The DNC’s email leaks in July 2016 revealed the party’s bias towards Senator Bernie Sanders; the leak prompted the resignation of the chair of the DNC Debbie Wasserman Schultz, as well as a key part of Special Counsel Robert Mueller’s investigation that overshadowed much of the first half of the Trump presidency.

There are several conspiracy theories swirling around Crowdstrike and the Russia investigation, most of them shifting the blame for the leak from Russia to Ukraine. One of these theories claims that the CEO of Crowdstrike, Dmitri Alperovitch, is Ukrainian, a theory that Trump referenced in a 2017 Associated Press interview. Alperovitch is a Russian-born US citizen who fled the Soviet Union.

Where do the Bidens fit in to this?

In 2014, Hunter Biden joined the board for Burisma Holdings, one of the largest natural gas providers in Ukraine. Just months prior to Biden joining the board, President Viktor Yanukovych was removed from power. The founder of Burisma, Mykola Zlochevsky, served as Ukraine’s environmental minister while Yanukovych was in power.

After pressure from Western governments to investigate all former government officials tied to Yanukovych, Ukraine began investigating Zlochevsky for embezzlement. Bloomberg reports that Biden’s official role was to assist Burisma in transparency and better corporate practices. Bank records show no signs of embezzlement for Biden’s salary, and there appears to be no evidence of any wrongdoings by either of the Bidens in relation to Zlochevsky and Yanukovych, and any that might be discovered would be in the jurisdiction of the United States, not Ukraine.

Trump insists that he was not pressuring Zelenskiy to act, a statement that Zelensky enthusiastically agreed with in a press conference on Wednesday. Rudy Giuliani argues that he would have been neglecting his duties as president if he was not attempting to pursue the allegations against Biden. The main argument of Trump’s critics, as Michael D. Shear and Maggie Haberman of the New York Times write, is that “the president violated his oath of office by coercing another world leader into supporting his personal political agenda.”

According to the released complaint, the White House took actions to ‘lock down’ all records of the phone call. This led the whistleblower to believe that White House officials knew the gravity of the call. The electronic transcript was also allegedly deleted from the typical computer system and saved to a system used to store “classified information of an especially sensitive nature.”

In CNN’s coverage of the complaint, the whistleblower also alleges that “this was not the first time under this Administration that a Presidential transcript was placed into this codeword-level system” for political reasons as opposed to security reasons.

In 1998, Congress passed the Intelligence Community Whistleblower Protection Act (H.R. 3829) to protect the rights of whistleblowers against retribution so long as they follow the appropriate channels to file their complaint with Congress. The bill states that national security must be a joint effort requiring cooperation between Congress and the sitting president. The core of Pelosi’s impeachment inquiry is due to the subject of the whistleblower complaint being the current president, who’s latest series of tweets accused Democrats and Congress of creating ‘fake news,’ promoting ‘witch hunts,’ and ostensibly will not be cooperating with Congress any time soon.

Despite the claims by the administration that Trump did nothing wrong by contacting Zelenskiy, as the facts began to develop, Democrats became more uneasy. In an interview with POLITICO, Speaker Pelosi stated “[t]he facts drove the timing and the decision… When we get the facts, we will be ready. And we’re ready.”

What could come next?

The move to begin impeachment proceedings is a risky one, with the majority of the nation still against impeachment and an important election season looming. However, as Pelosi said in her speech Tuesday evening, “The president must be held accountable. No one is above the law.”

According to the Washington Post, Pelosi’s announcement will begin with investigating whether Trump’s conversation and possible solicitation fits the Constitution’s description of impeachable offenses. An inquiry led by the House Judiciary Committee will formally investigate whether Trump’s actions can be considered “Treason, Bribery, or other high Crimes and Misdemeanors” as stated in the Constitution.

If the committee decides by majority vote that Trump’s actions are grounds for impeachment, articles of impeachment will be drafted and presented to the House. The House will then debate and vote on each article, and if the consensus on any single article is a vote for impeachment, the articles will be sent to the Senate for a full trial. Senate Majority Leader Mitch McConnell can decide whether or not to proceed with a trial or to hold a vote to dismiss the articles. Chief Justice John Roberts would act as the judge and the Senate as the jury were a trial to take place.

After the trial, the Senate will vote behind closed doors. If a ⅔ majority votes in favor of impeachment, then Trump will be removed and Vice President Mike Pence will serve the remainder of the term.

The following days, weeks, and months are unsure as to what will come of the House Judiciary Committee’s investigation or what further developments will be released surrounding the whistleblower. Follow the Prairie on social media and be on the lookout for weekly political updates and recaps posted every Friday.

What we know about Joe and Hunter Biden in Ukraine

‘Do Us a Favor’: Call Shows Trump’s Interest in Using U.S. …

Why Nancy Pelosi and her party finally embraced impeachment