Bats, birds, cats & more: The wild side of WTAMU 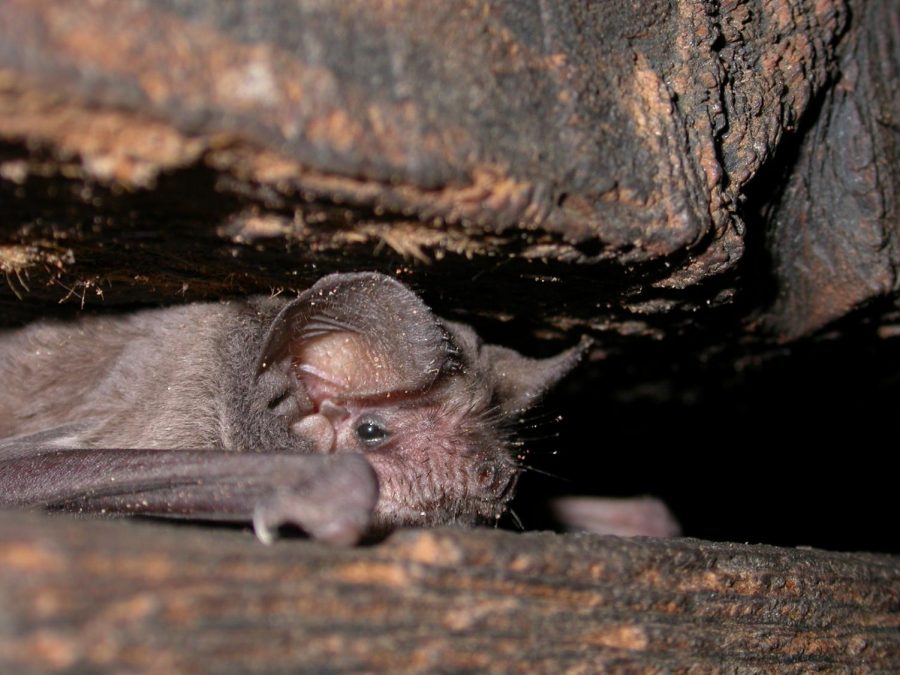 A college campus is not particularly meant to house animals, but that’s not the case for  West Texas A&M University. Walking from one building to another, the campus community will come across a variety of animals.

The Canyon area has one of the most diverse sets of birds. Connie Fordham, Cornette library assistant and wildlife specialist,  has done multiple projects on birds throughout her college years at Texas Tech University and Sul Ross State University. She has been an avid birdwatcher since she was seven-years-old.

“We’re in the central flyway, so we get a lot of good birds on migration,” Fordham said.

Canyon is home to various species because it is a prime place for birds ranging from starlings, blue jays, robins, rock doves, owls, finches, sparrows and even Canadian geese to nest.

Another flying animal that can found on campus is a bat. The campus has around six species of bats, a notable one is the Brazilian free-tailed bat which is regarded as one of the most abundant mammals in America.

Long time university bookstore worker, Dana Sides, recalls a time back in the mid 90’s when six bats were found roosting in the ceiling. Fordham has also experienced bats being inside the Cornette library.

Another place bats can be found is Jones Hall. Freshman and animal vet major, Langston Ravnell, who is a resident, said they find refuge at the residence hall. “I see them in cracks of the patios of the sixth or seventh floor… they normally fly back and forth in a circle,” Ravnell said.

Dr. Ray Matlack, professor of wildlife biology, said that it is not uncommon for various animals to be around campus, or even inside the buildings.

“They find their way in, and they can’t find their way out… This last semester, there was a gray fox that had gotten into the HELC, and it was on top of the ceiling tiles, and went all the way over into the staff’s break room, and then came down to the ceiling tiles because it smelled food,” Matlack said. “Wildlife is certainly part of the campus”.

When it comes to handling the animals on campus, it is up to the University Police Department  and the collaboration of the biology professors to draw out the animals without harm.

“I’m not even really sure it should fall to us to go catch the animals that show up in odd places around here, we do because we want to make sure the campus is safe,” Robert Byrd, assistant chief of police, said. “But as the occasions call, we, of course, at the university have excellent resources to call upon and we take precautions obviously for safety”.

In order to deal with the animals, UPD must use tools such as welding gloves to protect themselves from bites. In addition, they have nets and box traps to capture the animals.

Even though these precautions are taken to ensure safety for the officers, incidents may still occur.  Two years ago, late UPD officer Cpl. Monty D. Platt, died from an antibiotic treatment he received after a feral cat bite on campus. According to reports, the cat bit through the welding gloves Platt was wearing.

“There’s no animosity that we hold toward animals, even feral cats to this day,”  Byrd said. “I mean, if we have to take care of one, we know better now how to do it, and we will, but we’re not gonna take it out on the animal, that’s not part of what we do”.

Animals are usually roaming around looking for food and water. They will go where their nose leads.

“What happens is when you start feeding things like those cats or those foxes is they start sticking around, they start losing their fear of humans and become habituated,” Matlack said. “A lot of these don’t have the rabies shot or anything like that, you don’t know what diseases they may carry…If you are going to feed something, feed the birds. Stay away from feeding things like cats and foxes”.