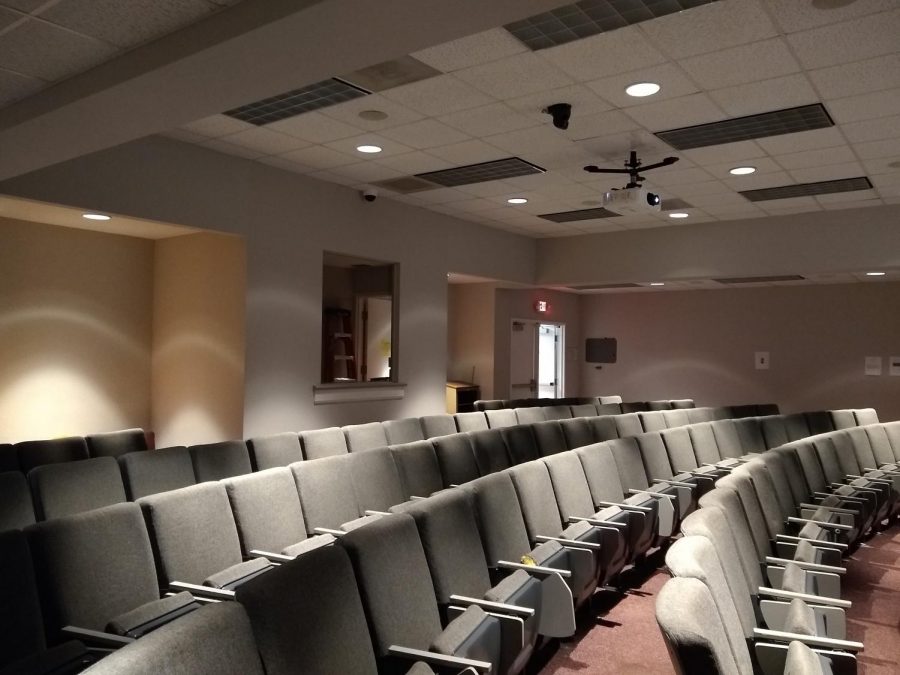 The Spanish Film Festival kicked off on Oct. 17, in the Old Main Theater with a screening of “El espiritu de la colmena”, director Victor Erice’s ambiguous, government-critical film about the life of a Spanish family during the Second World War. The film festival is being put on by the Department of English, Philosophy, and Modern Languages, and will be showing five movies in total in the span of one month. “Film and Fascism in Franco Spain” is the theme of the festival and also the name of the class, which is responsible for its conception.

The Spanish program offers a film class every other year. It is only this year that the program has formed this public facet. The films that are being studied in the class will be screened for anyone wishing to enjoy them and the students from the class will be giving introductions before, and holding Q&A sessions after they have ended. This takes the place of an in-class presentation and gives the students the opportunity to interact with a larger public rather than just their classmates.

“The idea is, it’s giving the students from the class a chance to build some experience and also exposing campus to these films,” said Dr. Tim Foster, assistant professor of Spanish and the driving force behind the festival.

The title and theme of the class refers to the authoritarian dictatorship of Francisco Franco, who ran the country as head of the fascist party from 1939 to 1975.

“During that time film had a huge role in both supporting and challenging the dictatorship… But at the same time there was censorship. So anyone who wanted to make a film had to go through the regime in order to get their film screened,” Foster explained. “And so, as a result, any criticism that was made of the fascist regime was very indirect… The directors had to be very creative in order to put any kind of veiled political message in their films. And so it’s really a unique kind of moment in film history to see those kind of creative responses.”

“El espiritu de la colmena” (or “The Spirit of the Beehive”) was made in 1973 and therefore had to be vague and creative with its criticisms. But not all the films in the series will be ones made during Francisco Franco’s Dictatorship. Three of them will be contemporary films, made in the 21st century but set during the censored period.

“They… form kind of the process of historical memory,” Foster said. “That’s been a big thing ever since the dictatorship fell. There’s been remembering and commemorating it… processing it.”

Two of the films in the series were made by the famous, Mexican, Oscar-winning director Guillermo Del Toro. Both of his films are set during or directly after the Spanish Civil War and are more fantastical and horrific than the others. This is may seem appropriate to some, since they will be screened around Halloween.

Students had come for a variety of reasons, ranging from genuine interest to unexpected fascination. Itzel Anett, a senior at West Texas A&M and a math major, had come thanks to a seminar class she’d taken with Dr. Foster during the summer, which had introduced her to Pan’s Labyrinth. “I thought I’d come and see the rest of the movies he had planned,” Itzel said. “The whole Franco Era is… a topic we discussed when we watched Pan’s Labyrinth, so to see it and how they’re going to present it with all the different movies… seeing it from different perspectives… is interesting for me.”

Yanai Otero, a junior psychology major came because her friend was the one presenting before the screening. “But the movie ended up being really interesting so I stayed even after he presented,” she said.

But the film festival is trying to do more than simply give students a place to present their thoughts on a film they’ve studied. It’s trying to present the university with an admittedly difficult, but rewarding exercise in culture and relevancy.

“We are living in a time when screens rule everything. I think it’s really worth taking a step back and looking at the origins of screen,” Foster said. “I think it’s good to show some of these early films, these art films, to expose students to a different way of viewing screens. A different way of interacting with content that is not so click-baity and immediate and sensationalistic. So, in addition to the language benefits, the cultural benefits… the relationship between art and politics has always been a concern. And as we’re seeing globally the rise of authoritarian regimes once again, I think it’s worth taking another look at the relationship between art, especially screens… and regimes.”