Get connected through WTAMU internet resources 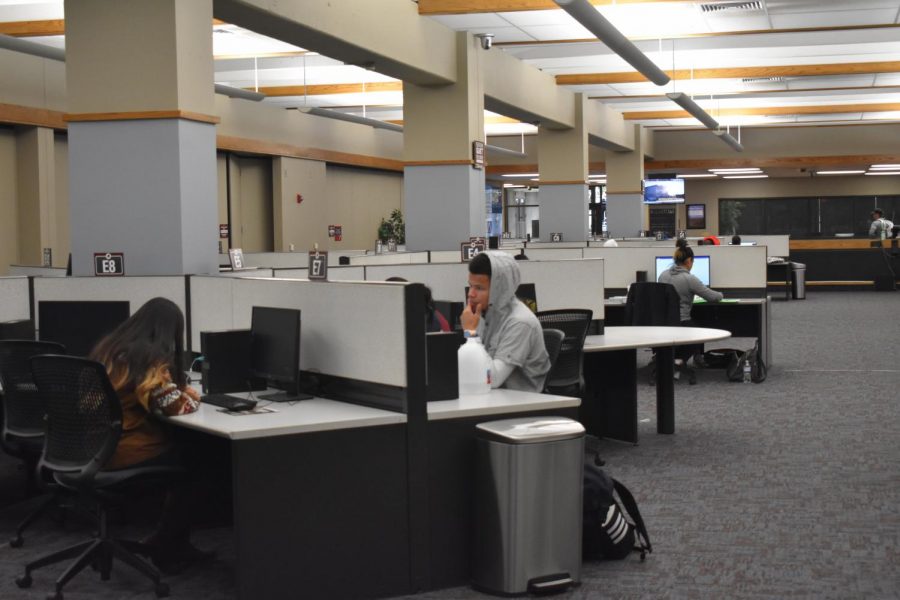 Many different opportunities for students to excel in the classroom

With the newly built Buffalo Stadium at J Ferg Field comes many new attachments and upgrades from the previous Kimbrough Memorial Stadium. Many welcome the changes that have undoubtedly brought a new dimension to buffalo football.

The newly implemented Internet is something that students are  excited about. “The stadium is a lot faster and a tad more reliable,”  sophomore Biochemistry major, Jorge Gonzalez said.

Many companies and individuals were on board when trying to put together this stadiums internet to not only make it faster and better but also functional for not only fans but everyone that steps foot in the stadium.

Some students find that the new Wifi at the stadium is a great improvement from past kimbrough memorial stadium and think it should be implemented throughout the University all around.

With that being said, many University students are limited if they do not have a Wifi source at their disposal.

West Texas A&M has some resources available for students that may need them such as the HELC ( Hastings Electronic Learning center) Open 24 hours for students that need to use computers and wifi they can come here to study and get work done as a University student.

There is also an open access computer lab open Monday thru Friday, from 7:30am-10:00pm closed on the weekends in Amarillo that students can use as well if they live in Amarillo and commute back and forth to WT.

The library here on campus can also be used by these students that may not have Internet or a computer at their disposal, with wifi available and open on weekends for certain hours, the library offers many different resources for students and as well as the HELC attached below.

There are also different Mac and computer labs in the Sybil B. Harrington fine arts building as well as in the agriculture building and in the engineering building.