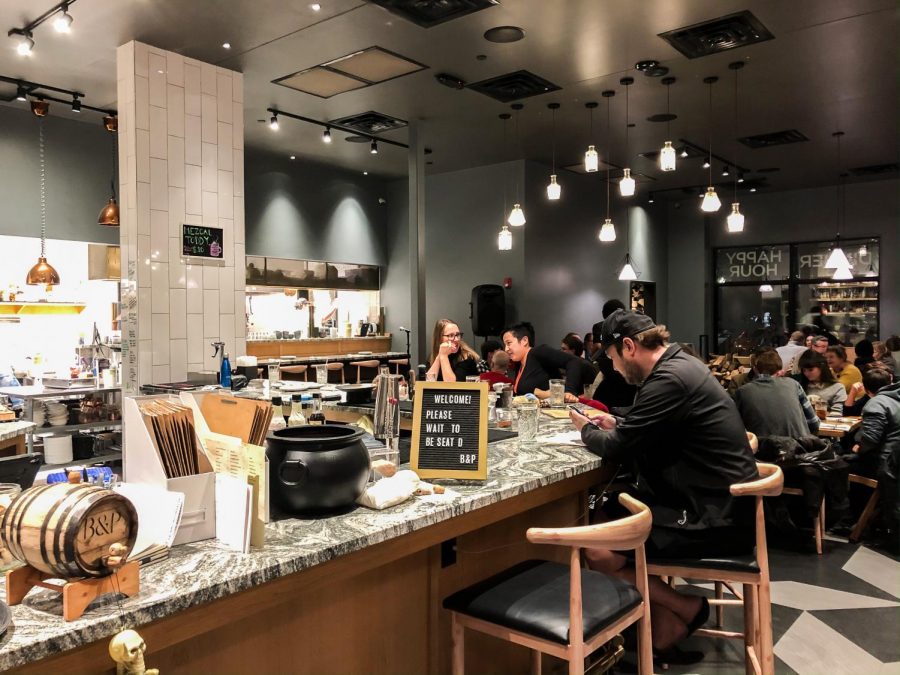 “The Legacy is put out by the Department of English, Philosophy, and Modern Languages,” said Jonathan Crump, senior English major and the managing editor of The Legacy. He explained that each of the four editions put out each school year have unique themes.

Faculty Advisor and Director of Creative Writing Dr. Eric Meljac explained the Halloween issue. “In October we do ‘Weird Stories and Dark Tales…’ We get a handful of submissions and we try to make it scary. Each submission can only be 666 words.” He expressed his excitement for the current issue, saying that “it’s one of the better issues” due to a new group of creative writers being able to assert themselves after the recent graduation of a large group of students.

Out of over 40 submissions, 13 were chosen to be included in this edition of the journal. Out of those 13, three were chosen as the winners of the issue. The first place winner was “Active Imagination” by William Snider, followed by “otherness” by Ben Cross in second place and “Eternal Halloween” by Andy Ryan in third.

“It’s exciting,” said Ben Cross, senior music education major, about his win for his first ever submission to The Legacy.

Cross’s submission is a series of six sonnets. “[otherness] is a narrative poem… that tells the story of a person wondering if it’s possible to love.”

Cross explained that the poem was influenced by the existentialist and realist philosophies of Jean-Paul Sartre and Georg Wilhem Friedrich Hegel. “I was feeling really inspired by the concept of otherness and what it means to trust someone,” he said, adding that he has spent a lot of time writing this semester and felt that “otherness” was a perfect submission for this edition of The Legacy.

Andy Ryan, senior Spanish major, said that his second submission to The Legacy “Eternal Halloween” was inspired by a trip to the Western Literature Conference in Estes Park, Colorado. “The theme for that conference was ‘cli-fi,’ or climate fiction–science fiction surrounding climate change,” Ryan said. “This story is written from the perspective of someone who used to love Halloween but now lives in a world where that death and decay is a daily thing.”

Ryan mentioned that the difficulty with meeting the word count came as a result of editing. “[The first draft] was exactly 666 words, which made it really difficult to edit, because every time I had to add something, I had to take something out somewhere else and vice versa.” He added it presented a very unique but fun challenge.

Several authors were unable to be present for the reading, but members of The Legacy volunteered to read in their stead, such as Haven Jock, a senior library sciences major, who delivered a truly unforgettable reading of Jenna Manley’s untitled short story.

The submission deadline for the online Fall edition of The Legacy is the second Friday in October. Submission guidelines and more information can be found on The Legacy’s web page.