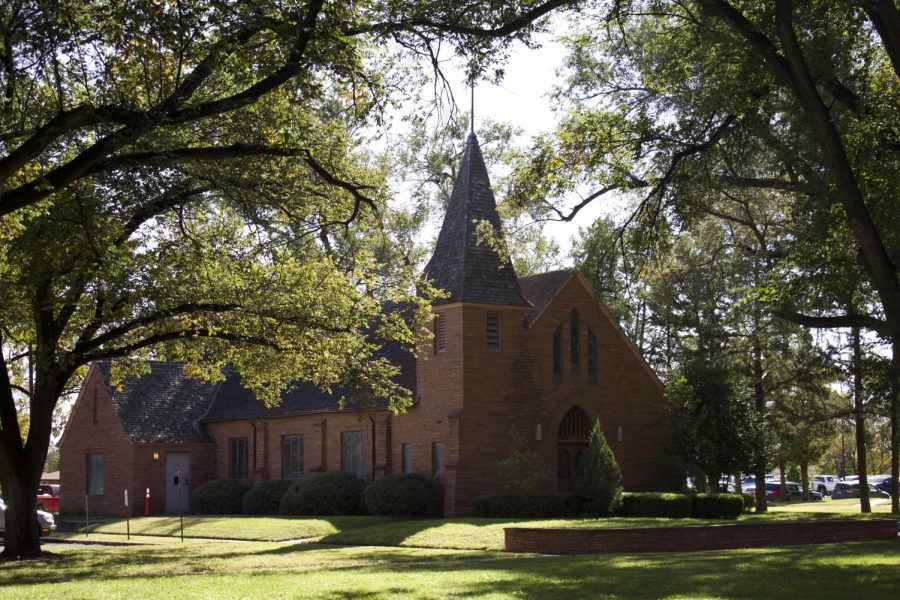 West Texas A&M University is home to Texas’s only privately funded chapel located on state university property. Formally known as the Joseph A. Hill Memorial Chapel and colloquially known on campus simply as “the Chapel,”  it was built in the summer of 1949, and forever changed the landscape and culture of WT by allowing students to get married in the Chapel and cement their love into the history of the university forever.

The Chapel has had many weddings since its opening, including the marriage of Gilbert and Amy Antunez in April of 2004. Amy and her husband explain their decision to get married on campus.

“We wanted to be a part of the history of the chapel and WT,” Amy said. “We were going to be one of the first couples in the newly renovated chapel.”

“We are proud to be one of the early couples that hosted their wedding at the chapel,” Gilbert said. “If other people are looking for a special place in Canyon for a wedding, I highly recommend to not overlook the Chapel on campus.”

College is a place for students to find themselves and become full-fledged adults. Through that quest of self discovery many end up finding the person they will spend the rest of their lives with as well. This was the case with Amy and Gilbert.

“We met a WT event on campus by chance,” Gilbert said. “Funny thing was, we both ran with friends in the same circle, but it was not until that night we met for the first time.”

“[My sister] introduced me to my soon-to-be husband and we talked all night,” Amy added. “We found out that we both liked the 49er’s which made the connection even better.”

At first glance the Chapel seems to be just a place for religious studies, but the Antunezes see the Chapel as more than that; the Chapel is a monument on the campus of WT, and holds a momentous spot in the hearts of those who have been married within its red sandstone walls.

“We chose a neutral location to celebrate our future marriage under the eyes of God,” Gilbert said, “and it was our unique location to start our new life together. We wanted to signify the importance our time and chance meeting at the university.”

The idea of being a part of the history of WT is an appealing concept to many, such as freshman Juilet Valdez, who majors in early childhood to sixth grade and English as a second language education.

“I believe it is a beautiful moment to share between two lovers and the WTAMU community along with the Canyon community,” Valdez said. “The Chapel is also beautiful and allows alumni to still share a part of the community with themselves on a personal level.”

Further information about booking a wedding on campus can be found on the WT website.