Silvestre reflects on her time as a Lady Buff 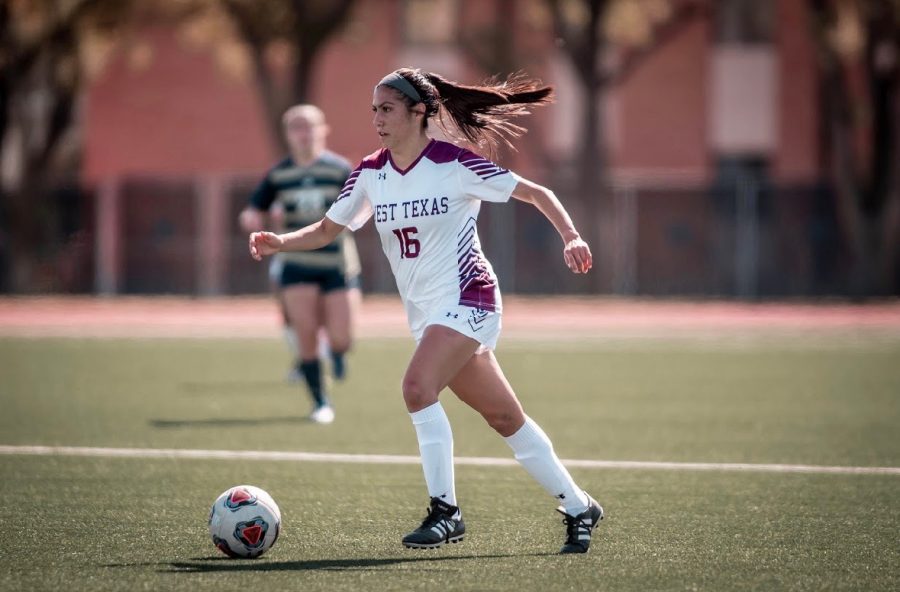 As the Lady Buff soccer season has come to a close, the team walked away with a 10-8 record. The Lady Buffs worked all season and proved to be fierce competition against their opponents. One of these athletes being fellow Lady Buff, Samantha Silvestre. 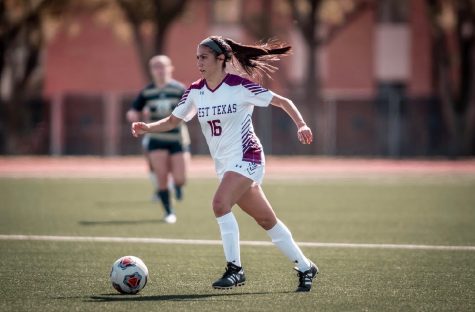 Silvestre is originally from Amarillo, Texas and was introduced to soccer by her father who she also mentioned is very passionate about the game.

“Pretty much everybody in my family plays. He [her father] still plays. As I mean, an older guy. He still plays. My older brother actually played here at WT as well…my older sister played in high school, and my younger sister also plays on the team,” said Silvestre.

Silvestre transferred from Eastern New Mexico and was red-shirted at West Texas A&M University for the 2016 season. Since then, Silvestre has enjoyed her time here at WTAMU and being a part of the team.

“It’s a team game…you may mess up, but your whole team is with you and they’ll either help you or fix your problem or just push you to keep going,” Silvestre said.

Like all Buff athletes here on campus, Silvestre has learned to juggle both practice, games, and school work.

“Since it’s probably my last semester that I have classes, I’ve had so much to do since I said I want to be a teacher. We have to go do substitution, we have to do observation hours, 40 hours, and then once every week at least subbing and they don’t count for each other. Then of course, you have to practice.” Silvestre said.

According to Silvestre’s stats, she has played a total of 63 games during her time here at WTAMU and played for a total of 5216 minutes. Silvestre is also a two-time all conference player.

Silvestre was described as one of the leaders of the team.

“She’s what we call it technical soccer player, which means she’s very skilled. She understands the game very well and is super coachable. Our team really loves her and will really miss her now that she’s gone,” said Kevin Driggs, associate women’s soccer coach.

Silvestre expressed how strong the camaraderie and friendships she has developed with the team over time.

“I love each and every one of them. This year, I feel like everybody bonds and everybody’s good with each other. There may be a little drama here and there, but it’s always it always goes back to teamwork on the field,” Silvestre said.