Buffs end regular season with a victory over Midwestern State 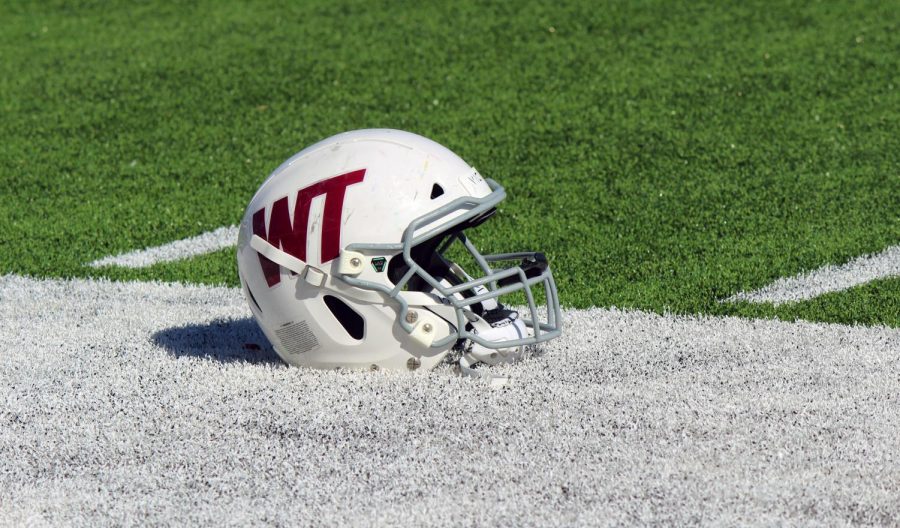 West Texas A&M University has a long history of academic excellence, but to others, sports are just as important. In Texas, the sport that takes center stage is football. Walking through the commons of the Jack B. Kelly Student Center, in the halls of Old Main or sitting in class, students know when there is a game coming up.

Buffalo Stadium sits on Russell Long Boulevard located next to the new agriculture building. On Saturday, Nov. 16, students, alumni and families witnessed a 34-24 victory against Midwestern State, a win that secured the Buffs a playoff spot.

To help fans get ready before the game, tailgaters provide fun entertainment for those about to attend the football game. Fans gather to enjoy themselves and make some memories while they gain an experience with both students and families at WTAMU.

“The tailgating is pretty fun, you get to chill with your friends and check out a lot of cool stuff,” junior digital communication and media major Buatre Rugenerwa said.

The team has had a successful run this season. With some huge wins through the season, playoffs are another stop along the ultimate overall team success.

The football team is no stranger to seeing playoffs. Up until this year, Kimbrough Stadium, named after the legendary head coach Frank Kimbrough, was the spot to catch a Buff game on a Saturday. Wherever Kimbrough went, success followed, leading the Buffs to numerous playoff seasons. Prior to his time at WTAMU, Kimbrough coached nearly every sport at Amarillo College.

Kimbrough Field may be a memory of the past, but students can still enjoy themselves at every home game right on campus. No matter when kick-off is, cheers are heard in every direction, the loudest coming from the student section at the 50-yard line.

“I like it a lot. I mean you can just go with your friends and just sit down,” sophomore business marketing and public relations major John Soto, said. “You have your yeller, so you know what to do, and you can get front row seats and everything.”

For a home game, people can expect to be in a safe and fun environment. In any game, a fan base can be polarizing; but at the end of it all, fans will be there to watch a game. Students always come back expecting to see a fun and exciting game and represent their school. The stadium provides a great environment that can also rekindle some fond memories of years past with current WTAMU students.

“[The stadium is] very energetic, friendly and it was homie… It reminded me of high school,” sophomore nursing major Yeinsleen Uc said

The Buffs always look to defeat their opponents no matter who that may be, but playing in this new stadium is different. They prepared for a victory and earned it in front of the home fans in JFerg Field. A new stadium resembles a lot of new beginnings; a beginning to a hopeful playoff berth, a beginning in a new stadium and most importantly a new change that will let people know that these Buffs do no bluff when it comes to football.