Cats: A hairball of hubris 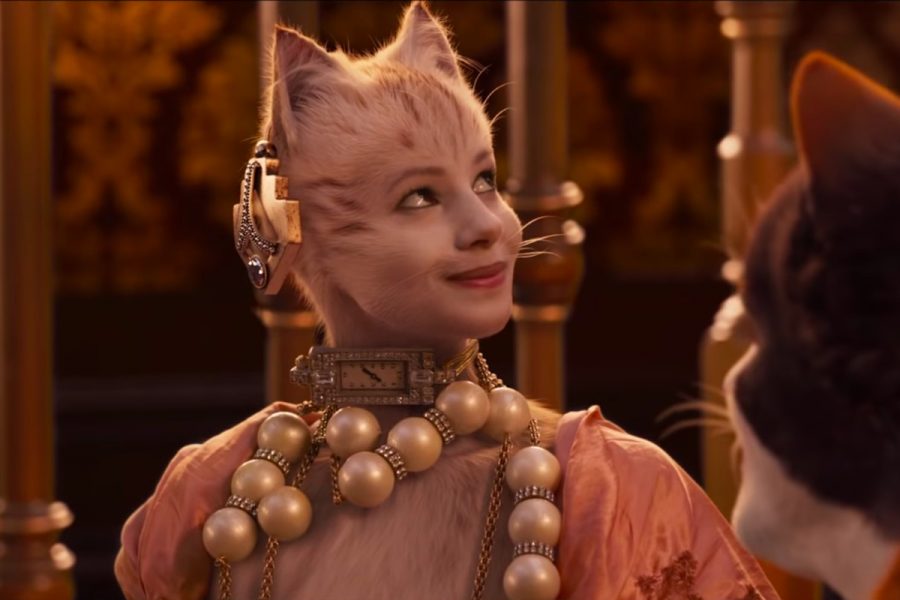 Victoria the uncanny cat-person adorned, like this movie, with ill-fitting, incompatible accessories. Courtesy of Vox.com 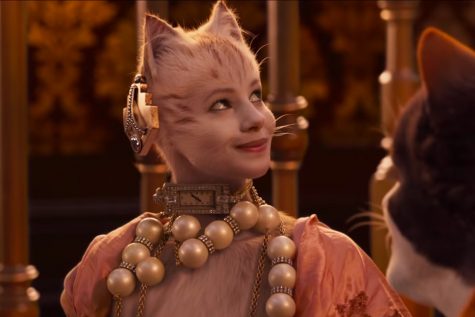 Victoria the uncanny cat-person adorned, like this movie, with ill-fitting, incompatible accessories. Courtesy of Vox.com

The esteemed director Tom Hooper, known for generally well-received adaptations of musicals, released a film version of Andrew Lloyd Webber’s ostentatious, hair-brained and indulgently ritzy production based on T.S. Eliot’s rambling bedtime poems about cats. A horde of generally well-liked celebrities signed on to romp around a soundstage as human-cat hybrids and sing songs about what simple trait makes them the best human-cat hybrid. And the entire creative collaboration, with all its expenses and visual effects expertise, was instantly torn to shreds after a single two minute trailer showcasing just how ill-advised the whole project ultimately was gave a lot of its viewers nightmares. Naturally, I was obliged, nay, obligated to see it.

Rarely has a film so completely and irreparably damaged its own chances at any kind of success with nothing less than every decision that went into creating it. News of the production’s unorthodox filming techniques, star-studded cast of actors, and the vigorously professed passion the world-class dancers starring in it expressed could not quite divert most from the fact that the characters the audience is expected to stare at for one hour and fifty minutes look like the nightmarish cat-human concoctions only a production designer of the year 2003 looking for his next horror movie monster would have deemed a worthy culmination of hundreds of employee’s time and effort.

Truly, if you’re anything like me, trying to figure out which decision made was most off-target is far more entertaining than anything offered up on screen. At first one might suppose the most heinous of the film’s crimes was to use the ill-applied visual effects that at some points covers the performers in an uncanny fur and at others plasters their faces on half-rendered, dancing computer models. But after getting over the initial shock of the characters’ appearance, one quickly begins to suspect the erratic movements of the camera and the constant shoulder-shimmying of the actors might outdo the effects in causing frustration. Or maybe it is the incessant use of the word Jellicle. It is tacked onto every other word without a single explanation or even implication as to what it could possibly mean. If the excessive use of the word Jellicle hasn’t caused some nauseating Pavlovian response to form, audience members might be able to look it up after the movie, but for the duration of the runtime they must wonder what makes the moon a “Jellicle moon” and a cat a “Jellicle cat”. (One of the songs gives us this criteria: “Are you blind when you’re born?” This would imply all cats are Jellicle cats. But a later they sing: “Can you ride on a broomstick to places far distant?” Which, I would think, narrows down Jellicle classification.)

But of all the bad decisions this movie made, it seems that the choice to be an adaptation of “Cats” seems to be the dumbest. Any passion and effort put forth by the actors and dancers, which, in many cases produces not only astonishing physical performances but also genuinely endearing monologues, cannot outshine the disappointingly dull shadow cast by the shallow and gratingly superficial story. The disparity between the quality of performance and the quality of the material performed is at times even more distracting than the horrendous visual effects. One number in particular, about a tap-dancing railway cat, treats the audience to such an excellently shot blend of cinema and musical theatre that it actively causes one to be depressed by how meaningless the number is in the grand scheme of the overall plot, which already is precariously thin. Even after the story has finally meandered its way to its predictable ending, the audience is forced to sit through a closing song that not only has nothing to do with what has come before, but is possibly the worst finale to any musical ever put on a Broadway stage.

“So first your memory I’ll jog, and say: a cat and is not a dog!” Judi Dench sings dramatically to the camera, before the entire ensemble repeats it as if it were the culmination of the entire musical’s theme.

Other flaws, like the visual effects mistakes, the lame attempts at humor, and Rebel Wilson’s army of vaudeville humanoid cockroaches (which she devours occasionally) are just near misses at creating spectacle which actually serve as welcome distractions from a narrative so dull it wouldn’t slice through lukewarm butter.

But no art is without its merit. And the value of Tom Hooper’s “Cats” lies in its mere existence. It is a hodgepodge of tried and true elements that other films throughout popular culture have seemingly proven to create highly profitable, generally enjoyable and easily marketable infallible and instant classics. These elements, which have worked for Hooper and other filmmakers before, were meticulously hand-picked and perfected. For instance, adapting a property that has been making money since its conception and is associated with a few easily recognized gimmicks and a much-beloved and performatively-challenging song, experimental visual effects never before seen by audiences, a lucrative amount of celebrity names, prominent dancers of the theatre world, an original song by a famous and safe pop artist, and lots of hammed-up nostalgia. And yet here it lies, a combination of all the elements, but defeated, derided and unintentionally hideous, millions of dollars short of the budget it took to make it. The 2019 adaptation of “Cats” is a reminder that the safest path, the path trod by those who came and conquered before, doesn’t always lead to the same safe, victorious result.

The expected DVD release is sometime in March. One would be well-advised to view it and learn from it. Or watch it as a horror movie. The overture is enough to disturb anyone with ears.