Maroon Platoon: The heartbeat of campus 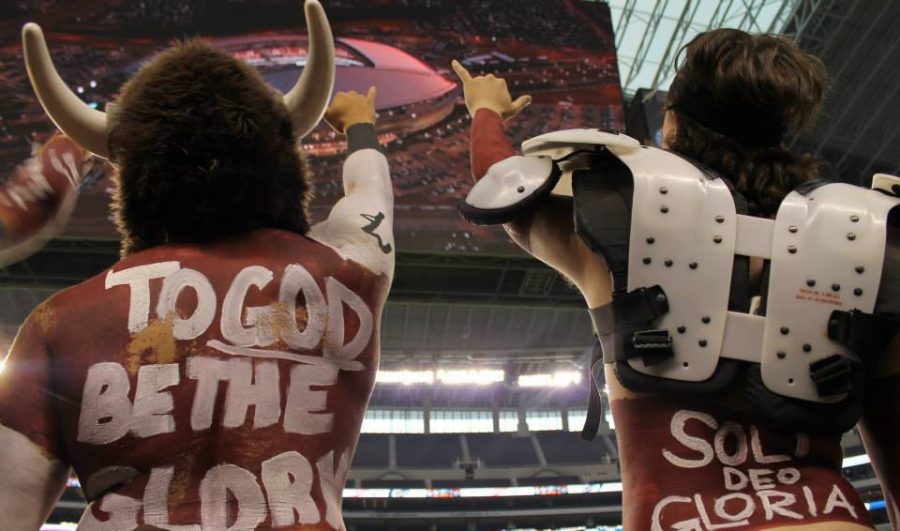 Maroon Platoon the Heart of campus.

School spirit, student-led, the heartbeat of campus. All words that are used to describe the West Texas A&M Maroon Platoon. A group of students who have the duty and honor of cheering on our many different athletic groups here on campus from football, volleyball and basketball to name a few. You can see these individuals at many events from tailgates for football in September. To New Student Orientation (NSO) as well as away games and following the stampede. Wherever school spirit is needed you can count on Maroon Platoon to bring the noise loud and clear through the chants heard around campus and most notably adopting the Polynesian dance known as the ‘Haka’.

“This is a best way to show people how you know, how WT is school spirit wise…especially incoming freshmen, people who are new around this area go out and…in those environments to cheer on the crowds…especially during football games when Maroon Platoon is behind the visiting stands when…the opposing team is trying to…tear us down but we are still there to support our athletes,” said Adam Delgado, president of Maroon Platoon.

“The Maroon Platoon is a student-led spirit organization designed to support West Texas A&M athletics- arguably the heart beat of campus. These enthusiastic fans gain special privileges and access to WT athletics that are not open to the general student body: charter bus traveling, free food, T-shirts and a family, to name a few,” according to the Maroon Platoon webpage on the GoBuffsGo website.
Maroon Platoon plays a vital role in WTAMU athletics making sure they are heard loud and clear. Whether that is doing chants or cheering from the stands, they make sure to be heard loud and proud with WTAMU school spirit.

“Maroon Platoon has left, just this like overwhelming sense of like, community and this ability to just like outreach to people,” junior advertising, public relations and applied communication major Nicholas Clifton, said.

Maroon Platoon brings a sense of family, fun and community not only showing what it is like to cheer on the maroon and white. But what it means to be a part of something greater than the individual self,coming together during the week for a basketball game or on the weekend for a Saturday night football game and many more, it is Maroon Platoon that can be heard in the stands and in the hearts of fans.