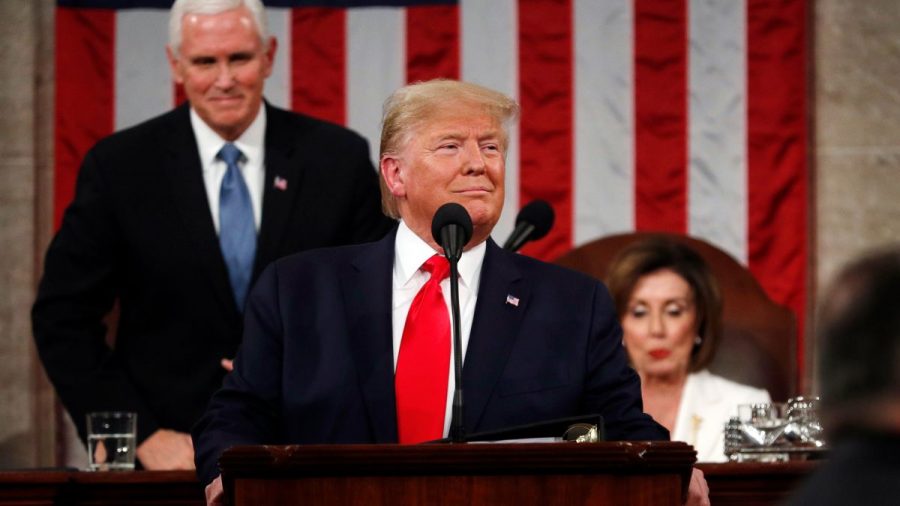 The United States Senate moved to acquit President Donald Trump Wednesday, Feb. 5, finding him not guilty on both articles of impeachment. The months-long impeachment process began with the House of Representatives voting to impeach Trump with 230 for and 197 against on the articles of “abuse of power.” The second article of impeachment was voted on with 229 for and 198 against on the articles of “obstruction of Congress.” Both results had three voters, “not voting,” and one “not present.” President Trump is just the third president to be impeached, but the first to be acquitted on all charges.

“The Senate overwhelmingly acquitted President Trump on both articles of impeachment against him Wednesday afternoon following a brief trial,” Fox News reporter Gregg Re writes,”…in a historic rejection of Democrats’ claims that the president’s Ukraine dealings and handling of congressional subpoenas merited his immediate removal from office.”

Re continues, “By a final vote of 52-48 against conviction on the abuse of power charge and 53-47 against conviction on the obstruction charge, the Senate fell far short of the two-thirds, 67-vote supermajority needed to convict and remove the president. Swing-vote Republican senators — including Lisa Murkowski of Alaska, Susan Collins of Maine, and Lamar Alexander of Tennessee — voted to acquit on both counts.”

Members of the Republican party, along with Trump, ended this impeachment process with a feeling of victory. Still, Herb writes, “Though Trump is likely to claim victory and vindication with the Senate’s vote — he tweeted he would be speaking ‘VICTORY on the Impeachment Hoax’ Thursday, Romney’s vote denies him a purely partisan outcome on impeachment.”

Two days after the acquittal, Trump fired two of the witnesses in the hearings. Former US-EU Ambassador Gordon Sondland and LTC Alexander Vindman.

“The votes, ending the third presidential impeachment trial in American history, were a resounding victory for Mr. Trump after five months of blaring scandal over Ukraine that embroiled Washington and threatened his presidency,” NY Times reporter Peter Baker writes, “But both sides agreed that the final judgment on Mr. Trump will be rendered by voters when they cast ballots in just nine months.”

Whatever division remains after this impeachment trial, it is relatively agreed upon that the real trial will be this November. The 2020 election will now decide Trump’s guilt or innocence as the American people decide for themselves what they believe to be true.

Information and sources pulled from Fox News, CNN and the NY Times.