Country Music is here to stay 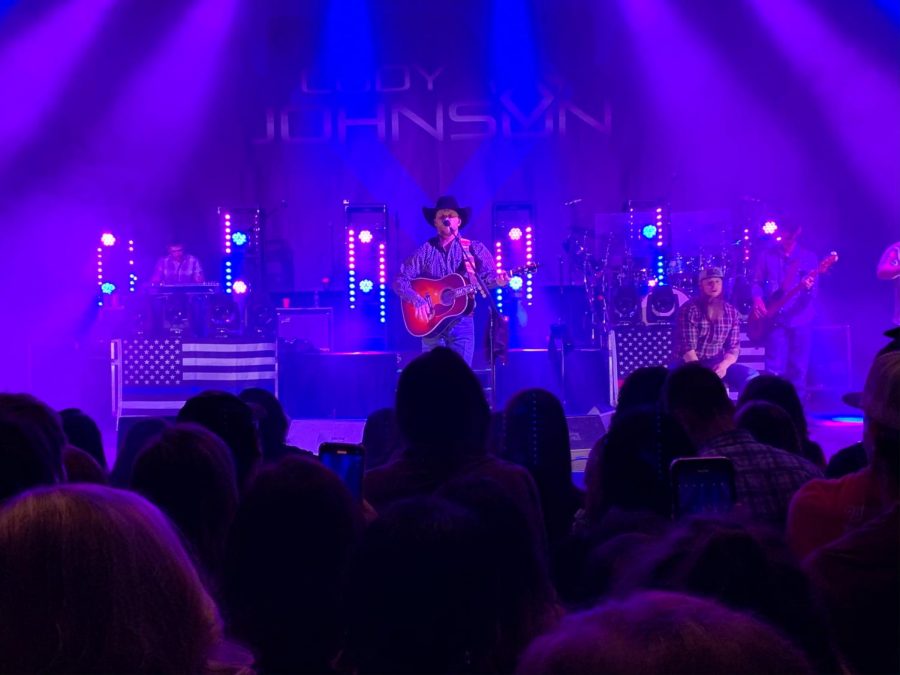 Good people, a positive atmosphere and one great way to spend a weekend. These are the things that may come your way after attending a Cody Johnson country concert. The arena filled with friendly folk with one common interest. That being a love for music all packed inside of an arena dancing and singing along to songs that in some way may touch the soul of any music lover.

According to Cody Johnson’s website “Johnson’s ability to show that soul- to dig deep into the ache of the sad songs and set a room in virtual flames with angry barn-burners- is tied directly to his insistence on channeling his energies into pieces that reflect his real-life experiences by getting to the heart of these songs, his own emotions end up transferring to the listeners’ inner worlds.”

Here in the West Texas area, Cody Johnson has accrued quite the following especially here on the campus of West Texas A&M University. For students of different ages and majors, his music has something for everyone seeing as Cody Johnson is from Sebastopol, a small town located in Texas. You can say that the state the students nuzzled here in the small town of Canyon texas can relate.

“He was like, just starting out in the country music scene and it was really kind of surreal to see him live for the first time and every concert he always does a little shout out to our first responders and military personnel and etc,” said junior agricultural business and economics major, Penny Welter.

The experience of walking into an arena shoulder to shoulder and watching Cody Johnson come out on stage is an event. You can feel his excitement and enthusiasm whether he is performing for half an hour or two. His commitment to making sure he leaves it all out on stage is easy to understand from the moment his boots touch the stage even if country is not your first choice.

“It’s not bad. But it’s not like for everybody. I feel like, especially generationally, it changes a lot so depending on what you’re into things that Alan Jackson was singing about is not the same thing that Luke Bryan sings so some of it was deeper back then I feel like it’s superficial now,” said sophomore animal science major, Ustina Guirguis.

While Cody Johnson or country music may not be for everyone, it may lend itself to a nice night out on a weekend. Getting out of the house and going to listen to some music whether it is your cup or tea or not, is the choice you the individual get to make. If you are in the market to go and indulge in a country music concert, Cody Johnson will be performing at Starlight Ranch Event Center in Amarillo, Texas on Saturday, April 18th.