Valentine’s Day with the Buffs 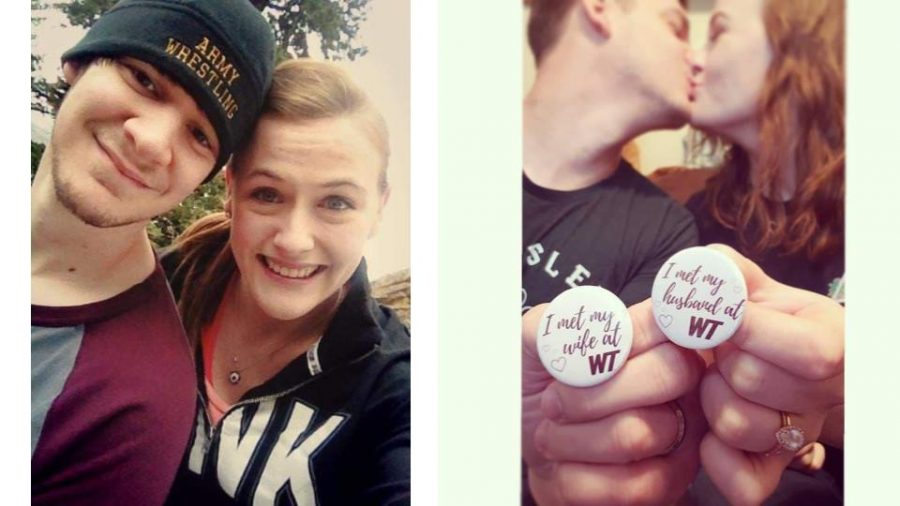 Thomas and Piper Johnson/Thomas and I met in 2013, my freshman year at WT and his junior year. We started dating in 2014, and got engaged in 2016. We got married in 2018, and we love WT for bringing us together. We still live in Canyon. I'm a anatomy and physiology professor at AC and Thomas is a special education teacher at Austin Middle School in Amarillo. We love this area and have WT to thank for everything!

Being a college student means different things to different people. Depending on the season of life one is in, college can be a time of self-discovery, finding one’s purpose, or discovering a source of lifelong companionship. Not everyone attending a university is looking for what could be described as a soulmate, and not everyone who does look finds one. But every once in a while, there is a success story of romantic origin and permanent proportion. And, being a college that hosts thousands of young adults on that amorous pilgrimage, West Texas A&M University has plenty of those success stories to tell.

Allison Hurst, a senior broadcast journalism major and SaVanté Wallace, a senior social work major, met at WTAMU’s Baptist Student Ministry in 2018 during a welcome week open-mic night. Now, they’re engaged, will be married in May and plan on pursuing their master’s degrees as husband and wife. Their college was able to play an integral role in their relationship.

“I actually started at a different university and he was planning on attending a different one as well,” Hurst said. “But the Lord had WT in His plan. We both were a part of the same organization on campus and lived in dorms that were very close to each other and so we ended up hanging out all the time and became best friends and eventually more. But all of this happened on campus at WT.”

“I believe the Lord directed our paths both to WT for a greater plan for our lives than either of us could see or even imagine,” Wallace said. “The Lord used WT as an instrument in bringing us together. But we both chose WT because we knew that it was more than just a University, rather a family. Without the Lord using WT, we would be different people, have different experiences, and would probably not have found each other.”

Cynicism and disillusionment are common reactions to the celebratory holiday that capitalistic companies created to guilt people into buying pink-colored and heart-shaped commodities for their significant others. But this Valentine’s Day, The Prairie News offers you a successful WTAMU love story.

“My love for my beautiful bride-to-be is endless,” Wallace said. “I love her for the woman she is today, and not some future version of her. I want my love for her to reflect Christ’s love for me. I want to love her graciously, unconditionally with kindness, and gentleness. If Allison ever questions Christ’s love for her, I hope that she could look at me and see a glimpse of His love in the way I love her. I say a glimpse because I am a sinful, broken man who cannot love her the way she deserves to be loved. But I know the one who can, and His name is Jesus.”

“I love SaVanté so much. He is my absolute best friend and my favorite person. He means the world to me and is such a gift from the Lord,” Hurst said. “SaVanté loves me so much better than I deserve and I am so excited to spend the rest of my life by his side! Coming to college, I didn’t expect to meet my person, but I am oh so glad I did.”

WTAMU has also planted a seed for a young family to grow in the lives of alumni groom B.J. and Lanie Brittain. “We were both in the marching band, Lanie was a member of the color guard and I was in the WTAMU drum line for a couple of years,” said Mr. Brittain. They actually met through mutual friends.