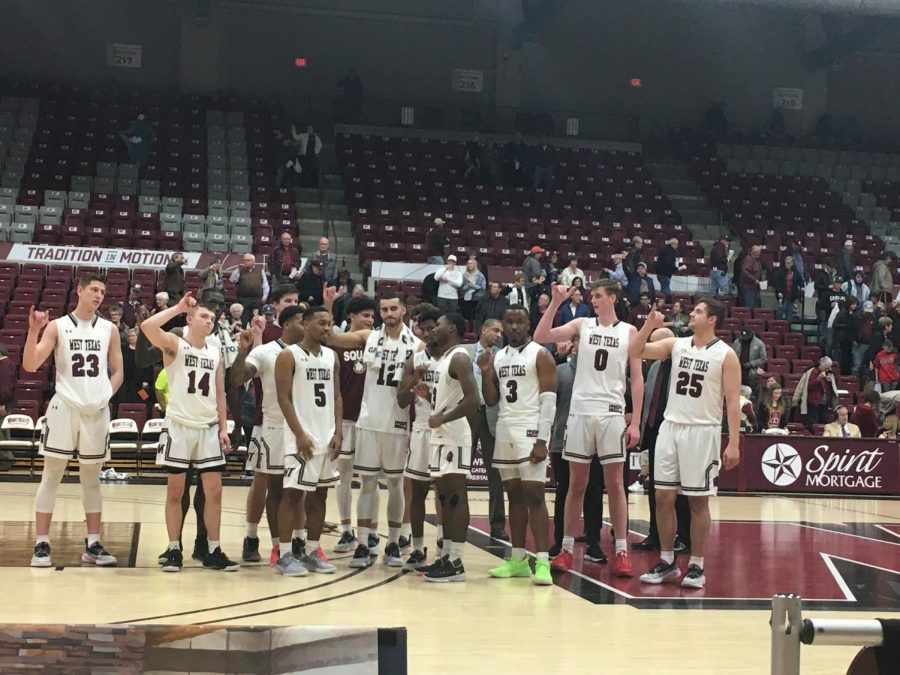 No. 3 West Texas A&M won their 19th straight game and continued their home winning streak to 41 after last night’s victory over the Midwestern State Mustangs. The Buffs came out on top with a final score of 82-58 over the mustangs. This advances the Buffs record to 28-1 overall and 20-1 in the Lone Star Conference.The first half was close as the Mustangs refused to go down quietly. They tied the game up at 28-28 with just under 4 minutes remaining in the first half. Then the Buffs starting sophomore guard, Joel Murray, splashes a 3-pointer to take the lead and that also helped him to surpass 1000 points for his career total. He would end the game with 15 points total. The Buffs went into the locker room with a 35-30 halftime lead.

In the second half, they came out firing away with bucket after bucket. A few minutes into the second half they spark a 13-0 run and never looked back.

Buffs starting sophomore guard, Jon’il Fugett, had another amazing game as his energy elevated his team once again. His awareness and focus set the bar high for the rest of his team. Fugett would end up going 5-6 from the field and 2-3 from the 3-point line. He would also contribute 4 rebounds and 1 steal. A near flawless performance for Fugett had he not gone 50% from the free throw line going 5-10. Fugett finished the day with a game high of 17 points for the buffs.

The Buffs will host their final home game this season on Saturday when they take on Cameron at the FUBC. Tip-off is scheduled for 4 p.m.