Diversity Ambassadors serve as “change agents” of the university 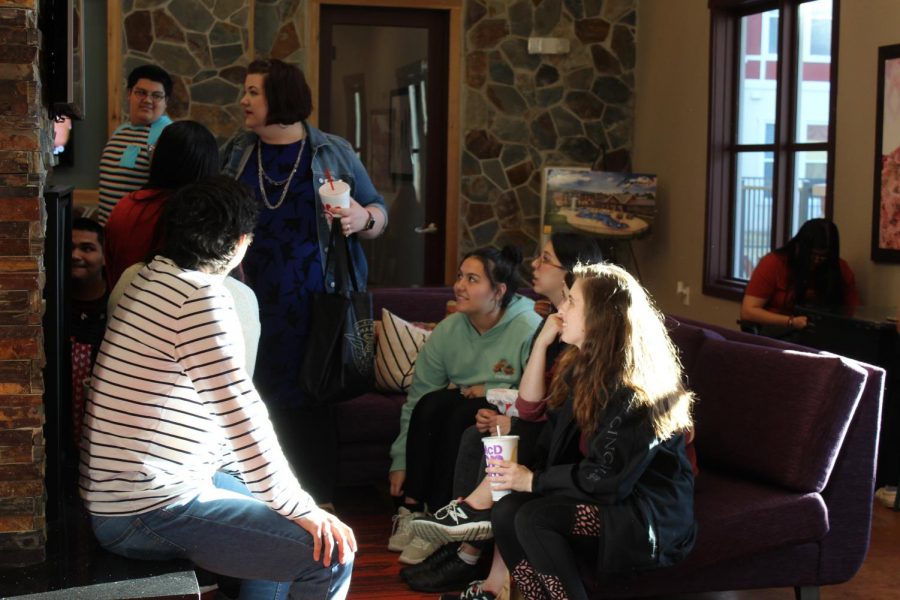 Diversity Ambassador's mission is to represent the Office for Diversity and Inclusion and help with campus-wide involvement.

The Office for Diversity and Inclusion has enlisted Diversity Ambassadors to serve as “change agents” that are dedicated to developing diversity programs and being liaisons to university committees and organizations on campus. These West Texas A&M University students are “committed to promoting deep cultural awareness” in the campus community and “strive to build better intercultural relations” according to the Diversity Office webpage.
“So it’s, we’re the connection between the student body and…the Office for Diversity and Inclusion. And so we’re like the connection to the student body. And so our mission is just to promote diversity and inclusion across the campus, and to just invite students in and just learn more about them,” said Kytonasia Wilson, junior nursing major and president of the Diversity Ambassadors.
Diversity Ambassadors serve as representatives of the Diversity Office and promote the office and its mission at events and provide programs to the campus and the Canyon-Amarillo area. They represent a “wide variety of people” from multiple races, nationalities, religions and cultures but all have a passion for diversity and of the mission of the program.
“I like knowing that I’m, that I love other cultures and that there’s other people like that who will love other cultures as well and that they want to learn about their people and that it’s not other people who are different from you aren’t scary, you know?” said Anisia Valdez, a senior nursing major who serves as the group’s outreach coordinator. “It’s really cool to learn about people and where they’re from and their stories and things like that. So I just really love the diversity of it.”
The organization was formed in the fall semester of 2019 and put on a winter festival in January as their first event with the Diversity Office and will be hosting “Women and Pearls” on March 23rd. Amanda Rogers, administrative assistant for the Office for Diversity and Inclusion, serves as the adviser of Diversity Ambassadors and has assisted the organization in its formative months.
“But I’m just kind of their mama bear that just kind of oversees and make sure they have what they need. Because we are so new like next year, I probably won’t be as involved. But this year…we’re learning to walk, still. So, I just kind of support and however they want. Just be there for them, get to know them and know that they have support. They’re not doing this on their own,” said Rogers.
Those looking to become a Diversity Ambassador can visit the Diversity Office webpage for requirements and applications which will be available soon. Students need to be in good standing with the university and “demonstrate an appreciation for diversity and exhibit academic excellence, strong communication skills and strong leadership potential,” according to the webpage. There will be five openings available with the cap being at 20 ambassadors.
“Just come in with an open mind, be yourself. Enjoy it,” said Eli Frausto, sophomore animal science major and event coordinator for Diversity Ambassadors.