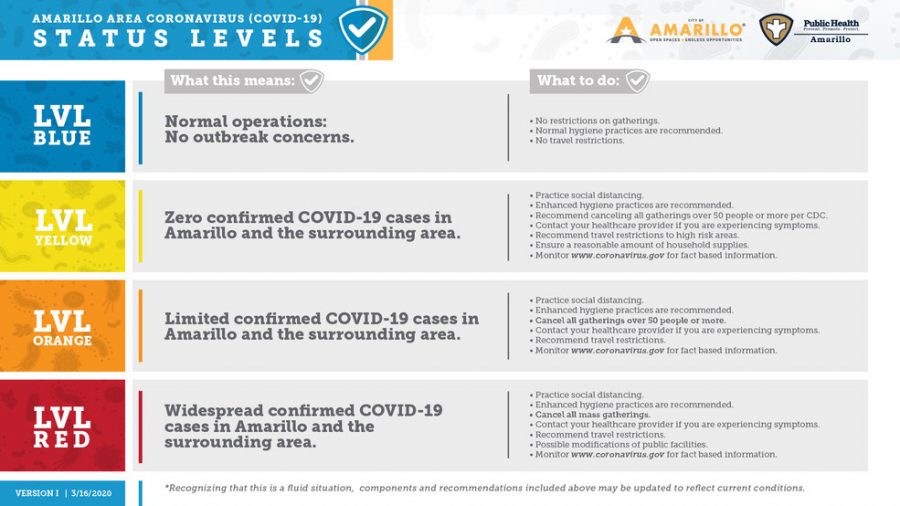 This is Amarillo area COVID-19 chart, it shows the levels and precautions that the area will try to follow. Red being the highest level of quarantine.

The panhandle area is one of the latest in America to put into effect the social distancing precautions between individuals. The issues were addressed on Wednesday, March 18 in a meeting between local officials and small restaurant owners that took place at Joe Taco in Amarillo. The purpose of the meeting was to discuss the precautions of how everyone would proceed in the breakout of the coronavirus.

Amarillo mayor, Ginger Nelson, said that the city officials were expecting a COVID-19 case to break out in Amarillo. Subsequently, it would be reported the next evening that two cases broke out from patients being treated at the Northwest hospital in Amarillo. According to the Amarillo Area COVID-19 status level chart, these cases would prompt the community to cancel all mass gatherings over 50 people. 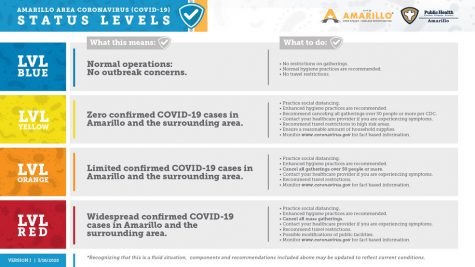 This is Amarillo area COVID-19 status level chart, it shows the levels and precautions that the area will try to follow. Red being the highest level of quarantine.

David Davis, a senior broadcast journalism major, is concerned about how the community will respond. “I think our mayor is doing her best, especially considering her health at the moment. That being said, I feel like a shelter in place order is coming, whether it’s from our city or governor– this slow acting regime is killing small businesses,” he said.

As of today, there has been a reported death attributed to the virus. Which could possibly move the status level from orange to red. putting more businesses at risk as there could be at a more restricted level of quarantine.

As the fear of coronavirus spread throughout the city, it prompted some businesses such as grocery stores to limit the amount of items that can be bought due to customers buying an excess amount of groceries. Restaurants also practiced means of social distancing by sticking to the “to go” orders instead of allowing customers to dine in to lessen the chances of spreading the disease.

While grocery stores are seeing a rise in consumer activities, small business owners are losing money. Apurva Khandhar, an owner of several hotels and Little Caesars restaurants in Amarillo said that there has been a loss in revenue and employees. Spring break is his more fruitful time for his hotel occupancy, but the COVID-19 break out would drought his customers. 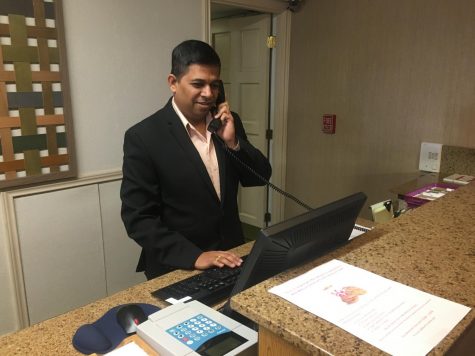 Apurva Khandhar has owned several businesses in Amarillo since coming from India almost 10 years ago.

“It had a sudden impact right away. We got a few reservations canceled and that day, the occupancy dropped big time. And how much would say comparing last year spring break. Right now we are at 30% of the occupancy,” Khandhar said.

However, Khandhar main source of income comes from the restaurants he owns. He said that this is the first time he had seen a 50% decrease in his seven years of experience in business.

“It’s just the mindset right now. People are so afraid to go out and eat from somewhere. So even the Little Caesars has a modern service where it’s not a dine in, you don’t have to interact with even cashiers or you can get food from drive-thru—still, people are so afraid,” Khandar said.

In addition, his employees are fearing for their safety in the working environment. “So we are facing another challenge. Although, not only from the business side but from the employees side also because they don’t want to work right now. They are not feeling safe and I completely understand their concern,” Khandar said. He said that most of his employees are more worried that they might infect their loved ones. Khandhar is also concerned that the city will not get enough tax revenue and funding for projects because the city’s main source of income comes from hospitality and tourism services.

Another local business owner faces a similar situation, and she said  money has always been tight on a weekly basis even before the pandemic broke out. Mary Martinez is the owner of a small family-owned restaurant, La Frontera located in Amarillo. 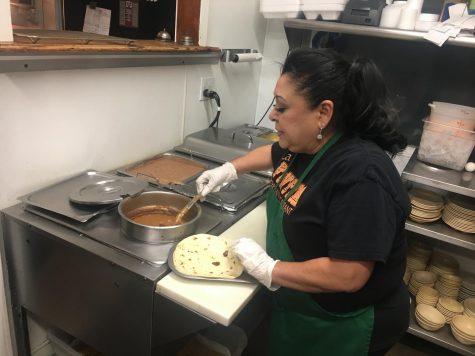 Mary Martinez and her family has been serving the community of Amarillo since 1989.

“I’m trying to be positive. I let some of my crew go. So I’ve cut down on my help,” Martinez said.

In her 35 years of experience, she had never had to take drastic measures. In addition to cutting down on employees, she had to cut down on her third party delivery service, Texas ToGo because she cannot afford to pay a percentage at this point. Instead, she will have her own employees do the deliveries.

She fears what would happen to her business if the COVID-19 status level went up to level red. “It would be very devastating for our little company like me, because I depend on that money to come in. Even if it’s under to go– I can still function,” Martinez said.

As of Monday March 23, Amarillo will release a daily report card at around 2:30 p.m. tracking COVID-19 cases around the panhandle area. The report cards can be viewed here.

For more information regarding coronavirus you can go to www.coronavirus.gov.