Op-Ed: Looking at the silver lining of the you-know-what cloud 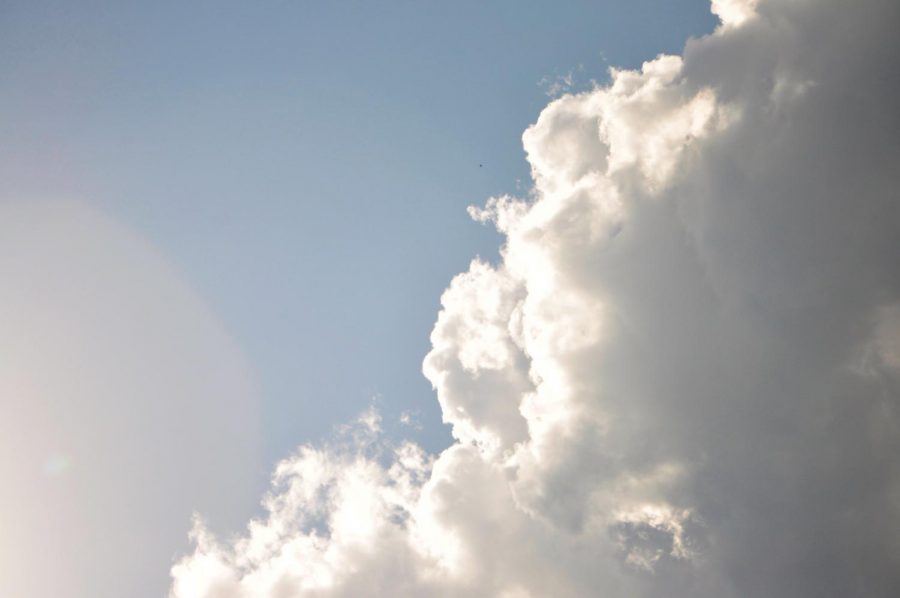 We live in a time when everything is themed around one specific current event. It’s almost impossible to escape this theme, as the current event has invaded our lives in almost every aspect, but it hardly makes the permeation less stressful, annoying or disheartening. For the sake of our readers I will refer to this current event as the Kangaroo Conundrum, and for a little while we can all pretend that we’re not outside because rabid kangaroos have invaded the US and attacked congregations of multiple people.

The first thing that pops up when I put the cursor in the Google search bar is a recommended search for tips on how to avoid the kangaroos or statistics regarding their hopping cycles. Many have made the kangaroo conundrum a staple of their social media output. Discussions on the topic of pouches and hind-leg strength pervade online conversations. And vacation trips, new jobs, exciting events and long-awaited happenings are crossed out on our calendars, leaving images of kangaroo stampedes and depression for our minds to visit instead of the excitement of a new month.

I for one have had my fill of the Australian marsupials and, instead, wish to discuss the incredible number of things that we will all be able to enjoy when they have migrated to Antarctica and all the things we can do until then.

For instance, Disneyland has released a variety of the recipes to their iconic amusement park meals so that fans and gourmands alike can enjoy the food from the comfort of their home and for a considerably smaller price. Also, with restaurants mostly closed and YouTube so full of impeccable cooking tutorials, now is the perfect time to try that outrageous recipe you’ve been putting off or to finally learn how to actually cook at all. Musicians across the globe are using their social media accounts to musically cheer up their fans and brighten days. This downtime will also give them a considerable amount of time to write new music for said fans or to spend time with their families, which is more important, though new music would be good too.

And although the kangaroos may have delayed, or will delay, their releases, Christopher Nolan’s expectedly innovative, time-bending film Tenet, Wes Anderson’s star-studded, stylishly agglomerative film The French Dispatch, and Denis Villeneuve’s long-awaited, gorgeous adaptation of Dune will someday soon grace the screens of our theaters. Additionally, Edgar Wright’s next film is in post-production, Steven Spielberg has that adaptation of West Side Story in the works, and Marvel’s next movie Eternals will carry the cinematic universe into its next phase in 2021.

Disney has announced that Rosario Dawson will play the fan-favorite Ahsoka Tano in the second season of The Mandalorian, which, if you weren’t already excited to get another season of Baby Yoda, should have you very stoked. The recent addition of the underrated comedy TV show Community on Netflix could help boost its popularity and marketability enough for Netflix to greenlight that much-begged for movie. And for those starved for sports entertainment, the YouTube channel Jelle’s Marble Runs houses hours of exciting, non-kangaroo-affected sport events.

In the realm of the more abstract, just think of how many tattoos haven’t been acquired by impulsive or inebriated young adults that they would have later regretted and had removed at great expense to them and their future families. Think of how many relationships both participants would have regretted afterwards haven’t been able to begin. Think of the family time new fathers and mothers are able to enjoy, even if they now feel overwhelmed. I have no specific statistics but I’d be willing to wager that destructive and dangerous acts elicited by peer pressure have plummeted significantly and appreciation of local nature within walking distance has skyrocketed.

The probability of you beginning a new lifelong hobby has gone up, as has the likelihood that you will do something that will make you very proud of yourself and happy to have contributed to this frail system of blunders called humanity. The window for us to read that one fat book we’ve always dreamed of reading is slowly closing but still open. First time poets, painters and mathematical prognosticators have just finished their first poem, painting or statistical equation. There may be kangaroos outside our doors, but looking beyond them and the cloud of confusion and uncertainty they’ve kicked up and that covers our premonition, there’s still a future worth waiting on. Hang in there, mate.