Op-Ed: Supporting artists during the pandemic 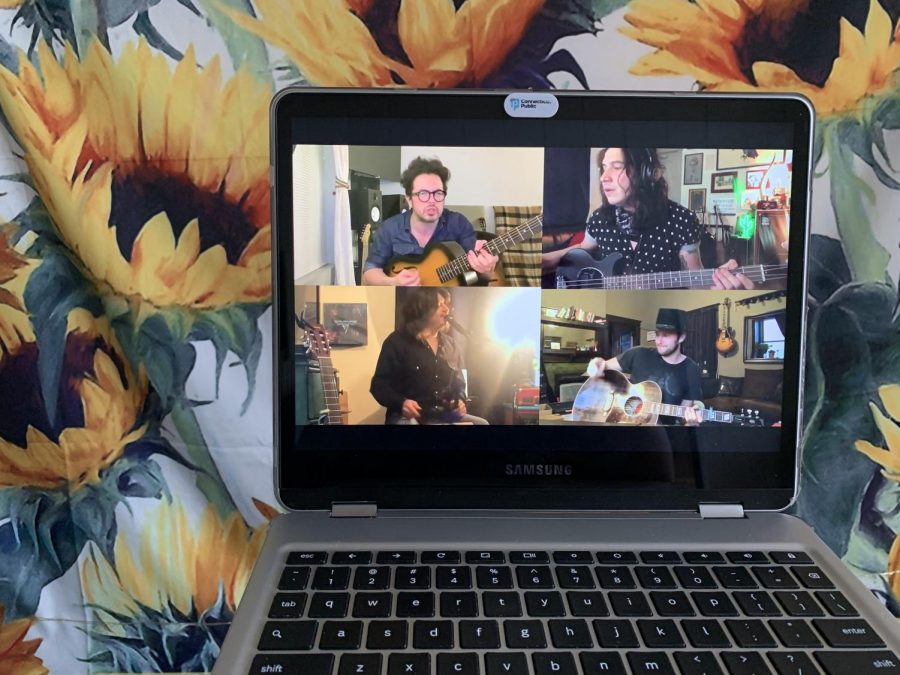 The Last Bandoleros along with many other artists have begun performing live on social media during the pandemic.

The large crowds waiting with anticipation, the positive energy radiating from all in attendance and the sheer excitement of getting to listen to your favorite artist or band live. Concerts are truly a gratifying experience and as a person who enjoys  attending live shows, these current times have been even harder to deal with.

With the current pandemic taking place, all live shows and performances have been either cancelled or postponed to a later date. However, fans shouldn’t lose all hope as many bands and artists have begun using social media to livestream performances and stay connected with their fans.

“It can hurt in a lot of ways that go out and sell records or promote new music, but with platforms like Facebook Live and Instagram live I think we’ve been fortunate enough that our audience is still tuning into us on social media platforms,” said Diego Navaira, bassist and vocalist for The Last Bandoleros.

The Last Bandoleros host a weekly variety show on Facebook called Around a Neon Cactus where they perform their music and covers of other songs, talk about a number of different topics, and communicate with their fans and supporters.

Though the band has been hosting the show before the pandemic started, Navaira and the other band members have seen an increase in viewers and with the help of Facebook, several ads have been pushed to promote the show.

Many other artists have made use of other social media outlets such as Instagram. Musicians like Charley Crockett and Randall King also stream live performances weekly. Though fans may not realize it, supporting their favorite bands and musicians by tuning into their shows not only gives the fan assurance, but also allows the musicians to keep doing what they love the most.

“I think for the time being doing online shows I think can keep artists motivated. Also, for some artists that you know, aren’t able to make a living without going on the road. I think they can still survive by doing online shows,” said Navaira.

To be fair, sitting indoors and listening to music from your phone or computer doesn’t have the same effect as going to a large venue and hearing it live. But fans should still be grateful for the fact that many musicians are still doing their best to stay connected and perform for their fans during this unprecedented time.

On Saturday, April 18th, 2020 Global Citizen collaborated with Lady Gaga to put together a concert that was globally broadcasted called One World: Together at Home that featured several artists and entertainers including The Rolling Stones, Matthew McConaughey, Kacey Musgraves and Oprah Winfrey. According to Global Citizen’s website, the show was put on “in celebration and support of health care workers and the COVID-19 Solidarity Response Fund for the World Health Organization (WHO).”

It’s also during this time that fans of live shows should not take their next concert for granted and think positively about the future.

“I’ve noticed when I go to shows and also when I’m on stage like performing at shows, sometimes people are just easily tune out or they’re on their phones or something. I truly believe this will change all of that. Like, I just think people will develop a bigger appreciation for live events,” Navaira said.