WT Theater finds a place on the airwaves 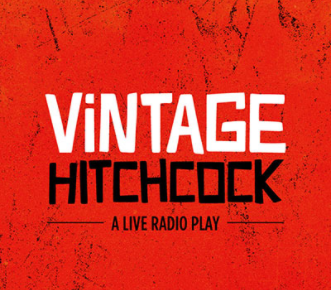 It is difficult to begin a story about the effects of the pandemic without making it seem like the outbreak was a spontaneous and surprising event that happened last Thursday. We are not surprised anymore. Our world has fundamentally changed and will likely remain this chaotic, frustrating and daunting for quite some time. Because of this, preparations for this specific semester have been longer, more arduous and ten times as prudent. Deans, professors, and administrators at West Texas A&M University have had to reconstruct the learning environment and let go of many of the valuable and culturally significant practices, routines and events both the students and the city of Canyon as a whole rely on.

It is fortunate, therefore, that the university’s theater department was able to remain open and is in the process of putting together a steady output of productions. Although, naturally, these productions, like so many things in the year of 2020, will be unusual.

Due to local public health directives and decisions the state of Texas had made in the name of safety, the A&M system was required to limit indoor gatherings. By conferring with other theatre programs in the A&M system and seeing the impact of the pandemic on professional theatre unions and the Broadway community, which included delays and cancellations, it became obvious that this semester’s theater would be 2020’s brand of unusual.

“We decided that a virtual production approach, without a live audience in the theatre, would be safest, and allow us to put all of our energy and effort into maintaining some programming for our students to participate in safely,” said Professor Stephen Crandall, the department head of art, theatre and dance. “We decided on online streaming performances, scaled back a bit as far as production value and staging, but allowing our students to still have the experiences of design, performance, construction, etc., albeit for an online, virtual audience.”

The department will helm three productions this fall, and each will be presented virtually, either by livestream or pre-recorded performance. This allows everyone involved to meet the safety protocols required by the university while still offering audiences from anywhere the opportunity to watch and enjoy without concern.

“I think the opportunities we’re preparing for provide our students with creative problem-solving skills, performance and technical skills and experience that meet the challenge in the industry and allow us to produce theatre as safely as possible in the midst of a pandemic,” Crandall said. “We hope the experience will be a positive one for students, faculty and audiences.”

This September will see the department present its audience with “Vintage Hitchcock: A Live Radio Play”, a performance that takes place within a recording studio during the taping of radio adaptations of three of Alfred Hitchcock’s most famous thrillers.

“When we as a theatre program realized that we would have to adapt our season, make changes to best serve our students and community, I [began] to think of radio plays and how that would allow students to still do theatre but in a different way,” said Callie Hisek, assistant professor of theatre and Hitchcock’s director. “This specific show still requires the actors to communicate with scene partners, tell a story, entertain an audience, yet they can still be individualized and safe.”

The auditions for this play were done through pre-recorded videos. This method is not unusual for many major theater companies. But the isolation of the artist can be daunting when the style and atmosphere of their average performance is more people-based.

“Self-taping has always been a challenge for me. The human element of the audition is so important to me,” said Ben Nitschmann, a senior theater education major and an actor in Hitchcock. ”It always takes the nerves away to see the person you’re opening yourself up to. Though it is an important skill to obtain as an actor, so I’m glad we had to do it for this production.”

Although callbacks presented the production team with a few difficulties, the true innovation that is required from those involved is the voice-work. For the most part, it will be an auditory experience, leaving a lot up to the performers.

“This show requires the use of the actor’s vocal instrument by finding different ways to alter their voice, the use of dialects [and] accents and learn how to communicate with an audience that isn’t there,” Hisek said. “Whereas other shows require movement in the form of blocking or choreography, our production does not. However, it is still time consuming and demanding a lot of the actors since we have live sound effects through the use of foley artists, and in the case of some actors changing between two or three characters in the span of a few lines.”

“We don’t move except to go up to the mic and then back to our seats so our voices and inflections must do the full work of the body,” said Nitschmann. “It really gives me a look into a world that I hope to join at some point in the future; the realm of voice acting. Voice actors have given some of the best performances of the last decade, alone, in a glass container, with no audience except a director and sound mixer. It also really gives you, as an actor, a lot of self-confidence. You need to know that the line you’re delivering is funny or suspenseful or profound because you have no audience in the room to read. It’s been an eye-opening experience to be sure!”

Tickets for “Hitchcock” are available at the box office and the first performance will be on Sept. 18, 2020.