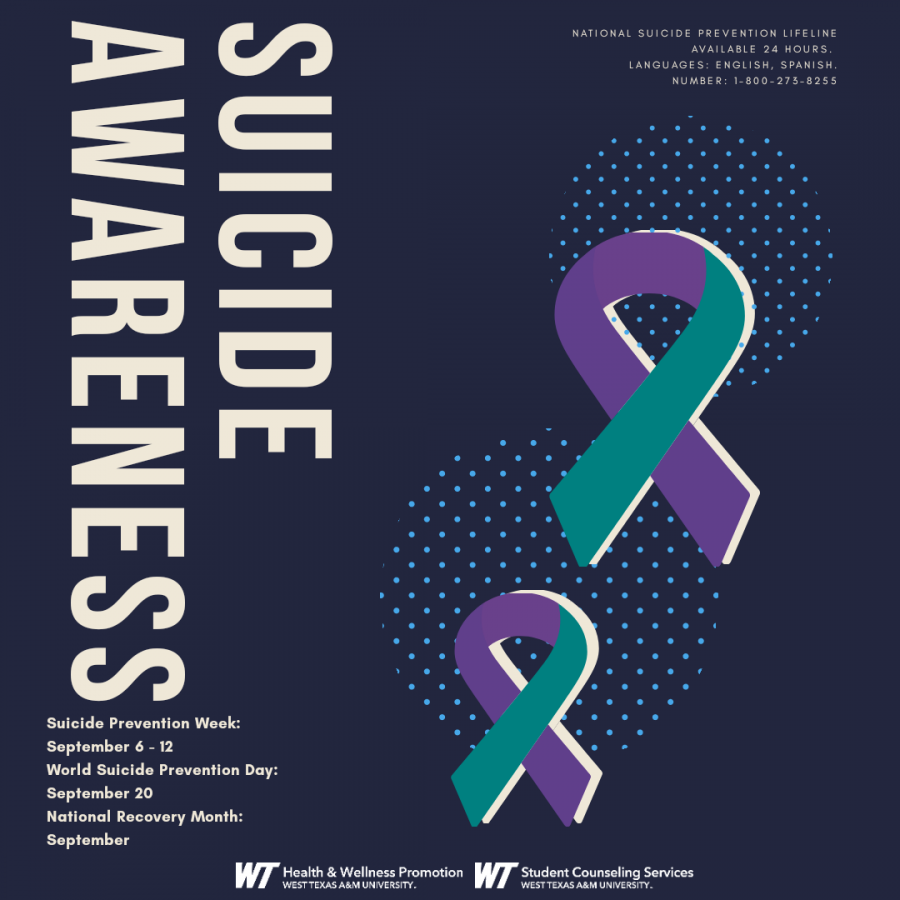 Suicide is the second leading cause of death among many young adults according to Active Minds Organization. 39% of college students experience a significant mental health issue, 67% of people 18-24 who deal with depression or anxiety don’t seek treatment. 50% of people will experience a mental health condition in our lifetime. This is a matter many people will deal with, yet there still seems to be a stigma surrounding mental health.
Coming to college, leaving your hometown, and the people you grew up with can bring a variety of emotions into a student’s life. Many students will go through their college years dealing with some form of mental illness, but few of them will speak up or address it.
“I think they don’t ask for help because they don’t want to be different or they don’t want to be the center of attention,” said Dayna Schertler, director Student Counseling Services. “But not asking for help is big. Isolation is big.” While many students feel like they should be able to deal with mental illness on their own, this kind of thinking tends to create difficulties in the recovery process. Not only that, but many people don’t take into account the effects of depression on the body.
“It’s not just you know heavy sadness, a lot of it is difficulty to concentrate, either eating everything in sight or not eating at all. Lots of people lose weight, really quickly or they’ll gain weight,” Schertler said. While there are physical and mental signs of depression, it isn’t always easy to notice when someone around you is fighting a battle within their mind.
“I think one of the big misconceptions that are out there about suicide, it’s like there are warning signs. Sometimes there can be, but more often than not, there is no indication,” said Jeff Sulik, senior director of Residential Living. “There are students who would never say a word about it and they seem, it sounds like this comes across a little bit trite, but they seem completely happy and then all of a sudden…”
While we as humans can’t delve in to each other’s minds, there are many ways to be more aware of the struggles around you.
“If it’s someone close to you, or you notice that this person just isn’t themselves that something is wrong then there’s definitely the need to do something about it,” said Robert Byrd assistant chief of the University Police Department. “If you’re talking about just an acquaintance like that, you may or may not notice that but it’s just being aware. Being aware, being willing to take the step to get the ball rolling to get them the help they need.”
Being aware of those around you is just one simple way to make a difference and prevent suicide, but there is more that can be done.
“Ask the tough questions, keeping them safe, and listening and helping them connect with services and then following up those things right there is what you got to do,” Byrd said. “A lot of times it’s just something simple, is just talking to them and helping them.”
Not only can students help each other out by simply being there for each other, but West Texas A&M University is always providing resources and supporting their students.
“A lot of resources go through counseling services, both in person and online,” Sulik said. “They just started a new campaign, promoting their online options that they have to there’s a ton of stuff out there for students to access.” Chief Byrd said that his officers are, “going to make that contact and we’re going to work and do our very best to get that person to help the need. I can promise you that.”
While mental health and suicide awarness is a very tough topic, there is still hope for those who battle with these circumstances. Students can stand and talk together. WTAMU and it’s staff have resources and a support system for everyone.
“The way you’re feeling today isn’t going to be how you feel in a month. You can feel better in a month. The way you are feeling today. Doesn’t have to be permanent, ” Schertler said.