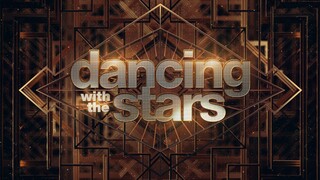 Dancing with the Stars premiered their first episode of season 29 on Sept. 14, 2020.

Dancing with the Stars came back for its 29th season and brought along with it a new set of stars and some new changes made to set. To help prevent the spread of coronavirus, audience seating was taken out along with the sky lounge where stars would congregate to watch performances. To make up for the lack of an audience, pre-recorded applause, cheering, and booing were used to simulate crowd emotions, and more than enough confetti and streamers were used to fill up the empty space.

Carrie Ann Inaba and Bruno Tonioli returned to judge the next season and former professional dancer of the show Derek Hough joined them at the judges’ panel. Lin Goodman, regrettably could not return as COVID-19 traveling restrictions are keeping him in the United Kingdom, but did make a guest appearance via video call. The judges’ table was also stretched out so that there were eight feet of space between them.

Tyra Banks joined the show as the new host, replacing Tom Bergeron and Erin Andrews, but still brought it all with energy and excitement. Live music performances and group dances had to take a back burner but the show was still filled with glitz, glam, and of course, glitter, all at a safe social distance.

Backstreet Boy singer AJ McLean kicked off the show by dancing the jive to “Blinding Lights” by The Weeknd. McLean was very energetic and a great start to the show along with his professional ballroom partner Cheryl Burke. He showed that even boyband dancing can be a good foundation for ballroom dancing.

Real estate agent and actress Chrishell Stause from “Selling Sunset” followed up with the tango to the song “Raise Your Glass” by P!ink. Her performance was a bit messy and seemed kind of all over the place. The judges agreed with Tonioli telling Stause, “I know you can sell, so sell it.” Her professional dance partner was Gleb Savchenko.

SuperBowl Champion Vernon Davis showed off his touchdown dance in practice and carried that dancing ability from the turf to the hardwood. He danced the foxtrot to “All of Me” by John Legend with his partner Peta Murgatroyd. Davis was very smooth on the floor and had a strong presence but was ultimately docked a point for a lift by Inaba.

Film and television actress Anne Heche danced the cha-cha to “Don’t Start Now” by Dua Lipa. She was clearly having fun the whole time with her partner Keo Motsepe. Their performance was kind of jerky but precise and there was good chemistry between the partners.

Emmy-winning host of “The Real” and sideline correspondent on “Holey Moley”, Jeannie Mai danced the salsa to “Tell it to My Heart” by Taylor Dayne. She was very excited during both practice and the performance and completed two lifts. Her professional dance partner Brandon Armstrong matched her energy and helped guide it across the dancefloor.

Television and film actor Jesse Metcalfe danced to the song “Part-Time Love” by Stevie Wonder and somehow made a quickstep passionate. He did well for his first time in the ballroom with his partner Sharna Burgess showing a lot of strength and confidence.

Disney Channel actress Skai Jackson danced the tango to “Super Bass” by Niki Manaj. The first impression was that she is so tiny and young that it’s amazing she was asked to do the show as the youngest ever and age 18. Her performance was very clean and strong and she adapted well considering her height. Her partner was Alan Bersten and helped exaggerate the height difference by being 6 feet.

Kaitlyn Bristowe, who appeared on The Bachelor and The Bachelorette, danced the cha-cha to Lady Gaga’s “Stupid Love”. She was ecstatic and had big energy throughout the performance with her partner Artem Chigvintsev. All the judges said she had a great first dance but felt she was holding back or playing it safe.

Host of the television show “Catfish” Nev Schulman was very sweet and gave his dance partner Jenna Johnson flowers at their first practice. They danced the foxtrot to “The Way You Look Tonight” by Frank Sinatra and were very smooth and refined. Hugh commented that Schulman was a great dancer.

Olympic figure skater and on-air commentator Johnny Weir brought all the energy and glam from the ice to the hardwood. He danced the cha-cha to “Buttons” by The Pussycat Dolls with his partner Britt Stewart who is a new pro. Weir has almost an unfair advantage being a figure skater and of course, that status will garner more strict scores and commentary despite there being a strong difference.

Actress Justina Machado from “One Day at a Time” danced the cha-cha to “Respect” by Aretha Franklin with her partner Sasha Farber. She was having a lot of fun and smiled throughout her entire performance. Machado showed massive amounts of energy, confidence and charisma on the dance floor.

NBA star Charles Oakley danced the salsa to “In Da Club” by 50 Cent. True to form, Oakley is a very tall man, 6 feet 8 inches with his partner Emma Slater being 5 feet 5 inches. Had spirit but needs some help when it comes to rhythm which could be attributed to a combination of his age, height, and nerves.

Head Coach of Navarro Cheer Monica Aldama, known for the Netflix docuseries “Cheer”, did the foxtrot to “My Wish” by Rascal Flatts. She and her partner Val Chmerkovskiy were very smooth and graceful, successfully completing one lift. Judges told Aldama she was good to watch and Inaba commented that it’s “hard to transition from the mat to the wood.”

Grammy award-winning rapper Nelly danced the salsa to his own song “Ride Wit Me”. He was a little awkward and stiff but still carried energy. He even did a flip of his partner Daniella Karagach. The judges said he had good groove but would need to trade in his Jordans for ballroom shoes to help him on the hardwood.

Known for appearing in the Netflix docuseries “Tiger King”, animal activist Carole Baskin rounded out the night with the pasodoble to “Eye of the Tiger” Survivor. She trained beforehand using virtual reality games and wore her iconic flower crown in her performance. For never having danced before, she did well though she did seem kind of stiff and sedated. Her partner was Pasha Pashkov and judges gave her the lowest score of the night, an 11.