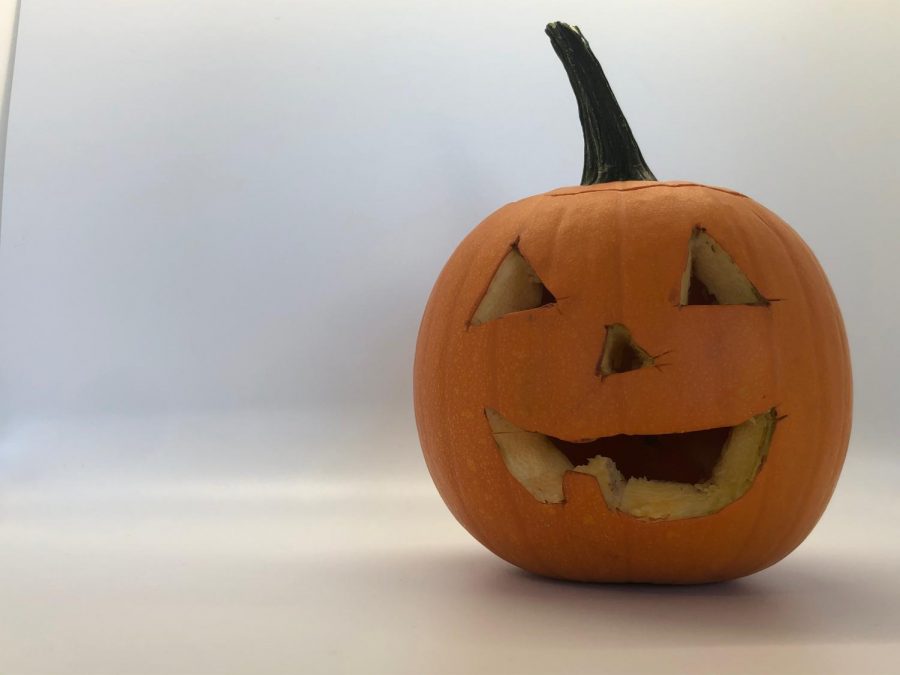 Fall is here and Halloween is coming up, that means it’s time for spooky movies. There are different types of spook movies, paranormal, gory and even witchcraft. There are so many options and just about something for everyone that is looking for a spook, but here are some of my favorite options.

“Pet Sematary” is one of the newer ones that makes the top five. It was released in March of 2019 and has been pretty popular. The movie was directed by Kevin Kolsch and Dennis Widmyer and originated from the book “Pet Sematary” that was written by Stephen King. The movie is about Dr. Louis Creed and his family. They move to a small town where he becomes the new doctor at a family practice. Louis’s daughter, Ellie, becomes friends with their neighbor, Judd, who is a friendly older gentleman. One tragic day, Ellie passes away and Louis becomes desperate for help. He turns to Judd, who shows him an ancient burial ground in the woods near their home. Louis is able to bring Ellie back to life, but in a different way. Of course you’ll have to watch the movie for the ending.

The movie that I believe is the most terrifying in this list is “The Autopsy of Jane Doe.” The movie was released in 2017 and directed by Andre Ovredal. A mortician and his son receive a cadaver and are ordered to do an autopsy on a mysterious dead woman. As the autopsy begins, strange and unexplainable things begin to happen such as electric issues with lights and radio, and strange noises. As they, literally speaking, dig deeper into the body, they begin to uncover the truth about her past.

This next movie is actually based on a traditional Mexical folktale. The legend of La Llorona has been told for generations, and in 2019 the story was brought to life. “La Llorona” was directed by Michael Chavez. The tale is that a woman caught her husband cheating on her, so she drowned her own two kids. Children can hear her cry, but if she is in reach and grabs you, you’re now faced with the curse of La Llorona and sentenced to death to be with her. The movie takes place in contemporary times. A single mom of two works for CPS and is faced with a strange case. She soon finds her family and herself trapped in La Llorona’s curse.

“As Above So Below” is unique for its realistic feel. The majority of the movie uses “raw footage” making you feel like you’re in the movie with the characters. Archaeologist Scarlett Marlows spends years studying alchemy and searching for Flamel’s Philosopher’s Stone. This stone can grant eternal life and can turn metal into gold. She travels to France and assembles a team to explore deep into the Catacombs of Paris. The movie was released in 2014 and was directed by John Erick Dowdle.

Last, but certainly not least, is the movie “Oculus.” This movie was the first real horror movie I had seen. It’s unique in the way that makes you feel eerie throughout the entire film, but isn’t exactly “scary”. “Oculus” is about a haunted mirror that can alter your vision. Kaylie and her brother Tim’s parents owned the mirror when they were younger and the mirror drove their parents mad. It eventually drove the parents so crazy that it killed them. Kaylie seeks revenge on the mirror for ruining her childhood and tries to prove its powers. One night, her plans come to life and she and Tim experience the haunting of the mirror again. The film was directed by Mike Flanagan and Jeff Howard and released in 2014.

I had the chance to ask other students what their favorite spooky movies were. Chloe Ridolfo, graduate student studying vocal performance, explained why she prefers the movie “Scream.”

“I like ‘Scream’ because I don’t like gory horror movies that much and so this one kind of draws the line and it has a little bit of comedy in it and it’s kind of stupid so it’s not too scary. That’s why I like it,” Ridolfo said.

I also came across some students who were not fans of spooky movies at all. Hadley White, senior agricultural media and communications major, spoke on his dislike for scary movies.

“I don’t like scary movies. Why would I pay or sit there for enjoyment to get scared? That’s not enjoyable to me,” White said.

The appreciation for spooky movies could come along with the fall season. Quinn Dunham, sophomore agricultural media and communications major, further spoke on this point.

“I only watch spooky movies sometimes. It really depends on my mood. I have to be in the mood to be scared. It’s better in the fall and winter than in the summer,” Dunham said.

With the fall season and Halloween creeping in, there is surely a spooky movie for everyone to enjoy.