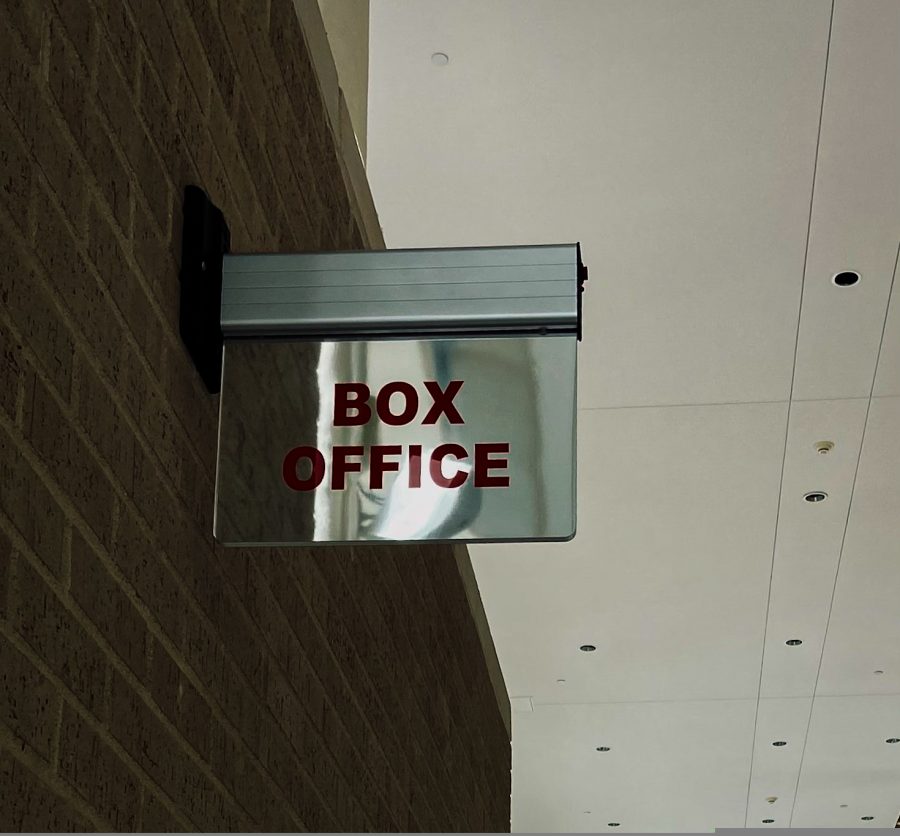 The WT Theatre Department put on it’s production of “Vintage Hitchcock: A Live Radio Play” this past weekend, September 25th and 26th at 7:30pm.

With all of the changes that have come with COVID-19, there was much concern for how the performing arts would be affected. Many performance programsartists, including West Texas A&M University’s Theatre Department, found ways to adapt. The WT Theatre Department put on it’s production of “Vintage Hitchcock: A Live Radio Play” on September 25th and 26th at 7:30pm. While the performance could not take place in person, the department was able to provide a livestream option.

“This is a show is based off of Alfred Hitchcock’s live radio from the 40s. Our production was placed as if we were actual workers for a program in the 40s simply doing our job one night,” said Caitlen Richison, senior musical theatre major and foley artist. “Yes there was a visual component for our show, but unlike other theatrical productions it is based more off of sound than the visual aspect.”

While many shows may be harder to portray through an online platform, WT Theatre’s “Vintage Hitchcock: A Live Radio Play” succeeded in a well executed performance.

“Overall I think it turned out really well. This was an excellent show to do online because it was already a radio show and didn’t have needed extras that normal shows may have,” said CoCo Dietz, junior musical theatre major and actor. “I think it went really well even with some technical difficulties on the side of the website,” said Jared Bartley, sophomore performance major and actor.

With the performance taking place online, it definitely widened the range of viewers. It also proved to be the perfect fit for these times.

“People paid and received a link to watch the show. It was nice that all of our families were able to see it though, even if they lived in another state,” Richison said.

With a new manner of performing also means being faced with new challenges. The production team for WT Theatre’s “Vintage Hitchcock: A Live Radio Play” was no stranger to these difficulties.

“Technical difficulties were not unheard of throughout both our rehearsal process as well as our performances. On our opening night we started the show then had to hold the show and restart because the streaming platform was having issues,” Dietz said. While they still faced some issues, Richison said, “This was the department’s first stab at this whole online presence thing and they did very good with what they had.”

Not only did the WT Theatre Department have to deal with the technical sides, they also faced a new reality; there would be no audience.

“We don’t have an audience to play off of which is something as actors we really thrive off of,” Richison said. “We did have a tech crew that was there, which was better than nothing. Our director told us we were good, and we trust her enough to know that the work we put in would be worth it in the end, live audience or no live audience.”

As artists, the performing arts students found comfort in the fact that they would be allowed to do what they love.

“Times are hard for actors right now, and to see WTAMU putting the effort forward to allow us to perform anything is something really special,” said Richicon said. “After school shutting down and the hopelessness that the summer offered it was amazing just to be able to be acting in a space with other actors again,” Dietz said.

This production, as well as the tTheatre dDepartment’s continuing dedication, has brought to light just how much society craves art, as well as how much the arts have been affected during these times.

“Even with these difficult times, it is very important to remember the arts and that we can adapt to anything no matter what,” Bartley said.

Though the performance looked different than normal, even though there was no audience, even though the WT Theatre Department had to learn to adapt, the team was still focused on leaving an impact.

“I want the audience to be reminded of the resilience of the human spirit. Even though we are in the midst of a worldwide pandemic that doesn’t have to stop us from doing the things we love. It may alter it for the time being but that doesn’t have to make the things you love unobtainable. I hope that the audience saw that we got to still do things that we love and I would hope that it inspired others to find ways to do the things that they love too,” said Dietz said.