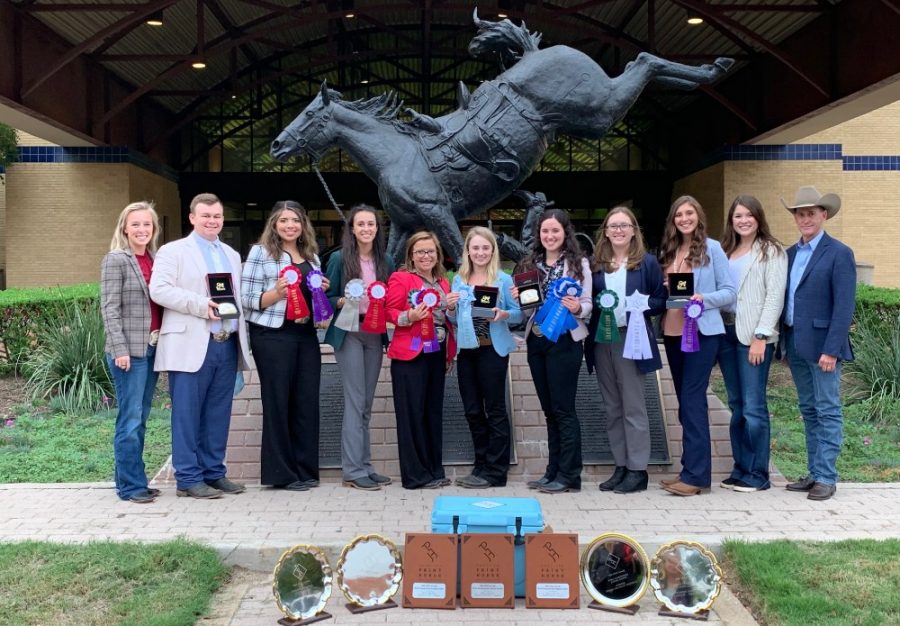 The WTAMU horse judging team beat out 11 other teams that were competing.

On Sept. 23, 2020, the West Texas A&M University horse judging team competed in the American Paint Horse Association Collegiate World Championship Horse Judging contest in Fort Worth, Texas. The team placed No.1 and No.4 overall with the first team scoring a total of 1,887 points and the second team scoring 1,840 points.

“They’re an excellent team. They’re a pleasure to work with, they’re hard working, they’ve been very willing to overcome the challenges associated with the unique year that we’re having,” said Dr. John Pipkin, director of the equine program and head coach of the horse judging team.

Before reaching the competition, the team faced obstacles while trying to prepare and practice amidst COVID-19.

“In the spring and summer we spent time meeting on zoom and doing different video sessions where we’d have to send in our reasons. So we were able to do most of it, but it was definitely from a distance,” said Sierra Stammen, junior equine industry major.

The team also faced a number of changes when going back into competition.

Despite this year’s special circumstances while practicing and competing, the team still had to put in the practice.

“We meet twice a week for full practices. So that usually entails two to four sets of reasons and then we judge anywhere from like three to five classes and mark cards on those. Then Friday mornings, we meet and we video a set of reasons. And we go over with our coaches like what that means in and out of there and then Saturdays, we have about four hour practices, doing different reining classes, in cowboy classes, outdoors classes, as well,” said Josh Worten, junior animal science major.

The team is looking forward to competing two more times before the end of the season between Nov. 7 and Nov. 9 during the American Quarter Horse Association (AQHA) World Championship in Oklahoma, Oklahoma.

“They really are the definition of a team. They really work well together and so we appreciate that and they push each other and I don’t know, I’m personally just really excited to see how they do for the rest of the year. I think our win gave them a lot of momentum going into our next contest,” said Maggie Murphy, assistant coach of the WTAMU horse judging team.

For more information regarding the team’s victory and individual placing, visit this link.