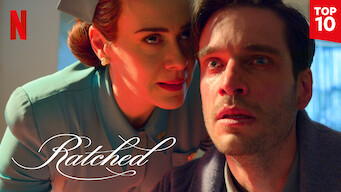 “Ratched,” released on Sept. 18, 2020, has quickly risen to the top of Netflix’s public ranking. This Netflix Original is Netflix’s most popular offering and is quickly approaching three straight weeks as the most popular and highest rated show on Netflix.
“Ratched” is based loosely off of the origin story of Nurse Ratched, a character in the 1962 novel “One Flew Over the Cuckoo’s Nest.” The show was created to tell Nurse Ratched’s origins and is set in 1947 decades before the novel. Nurse Mildred Ratched is played by Sarah Paulson.
Despite good opening numbers, the eight episode season created by Ryan Murphy has received a large amount of negative feedback from critics following release. Critics from many notable publications were simply not impressed with the show’s debut season.
NPR’s Linda Holmes wrote: “Ratched is beautiful, but it’s really bad. The messy eight-episode first season of the Netflix horror thriller… succeeds as a compendium of stunning images, but that’s about it. As a story, it is nonsensical, self-indulgent, and unsuccessful at saying anything about Ratched herself except something along the lines of ‘people do the darndest things.'”
Critics in disapproval of “Ratched” seemed to all be disappointed with Nurse Ratched’s connection to the original character from “One Flew Over the Cuckoo’s Nest.”
CNN’s Brian Lowry wrote: “It’s a little too reckless, and the connection to ‘Cuckoo’s Nest’ … feels conspicuously tenuous. While the series zeroes in on social mores of the time, including homophobia and sexism, it plays mostly like an excuse for more gruesome ‘Horror Story’-style violence… The result, simply put, is that ‘Ratched’ becomes wretched and for the wrong reasons, and even filed into the cabinet of ‘guilty pleasures,’ doesn’t deserve an extended stay.”
“Ratched” did however receive mixed reviews with some positive feedback. Some critics favored the high intensity, drama-filled season.
People’s critic Tom Gilatto wrote: “Set in California after World War II, Ratched is an intoxicating psychological thriller with luxurious sets, beautiful period costumes, reams of plot and quite a few moments of vicious gore — imagine a telenovela directed by Alfred Hitchcock… Paulson, an actress who achieves her effects with fine, precise detail, somehow manages to acknowledge the camp value of all of this without playing into it.”
Regardless of the mixed opinions surrounding Ryan Murphy’s Netflix Original, “Ratched” has produced good opening numbers by quickly jumping to the number one show on Netflix’s public rating.
According to a Thrillist article about the show, Netflix ordered two seasons of “Ratched” when it was given the green light. What is unclear is when the new season will be shot and released. It will likely be a substantial wait for the fans of season one.
In an interview with The Wrap, “Ratched” star Sarah Paulson said she hopes that a significant wait will only build anticipation for the second season. “I like to put us into that timeframe in my mind that if people consume it the way I hope they do, they will anxiously be waiting for the next installment when it does come. And it will make it that much sweeter,” Paulson said.