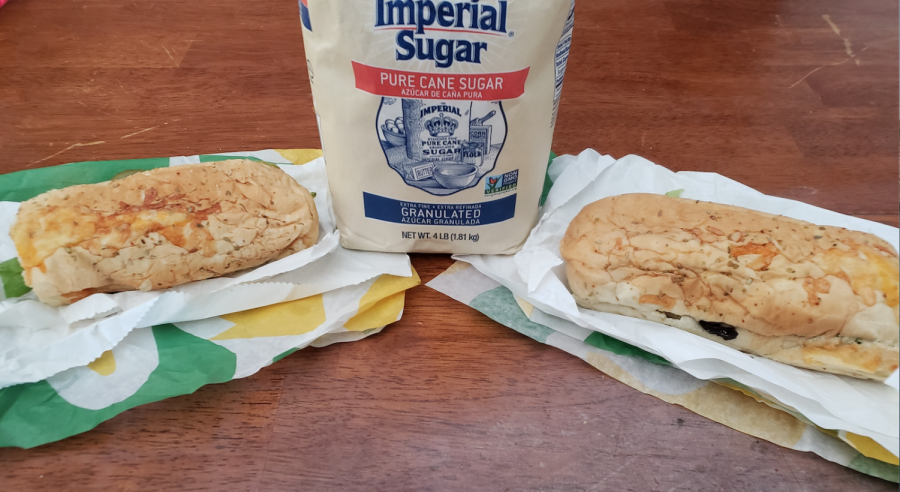 The classification of Subway's bread can no longer be classified as bread due to the sugar to flour ratio being 10% more than it should be when classifying it as bread according to the VAT ACT.

Should West Texas A&M University students choose Subway as a healthy fast food restaurant or shelf it for something much healthier? On Sept. 29th, Ireland’s Supreme Court ruled that Subway’s bread doesn’t meet the requirements of what makes bread “bread.” With a content of sugar of ten times of what sugar should be in bread, is it really bread at that point?

In a statement made by NPR they said, “In other words, the court found that Subway’s bread is perhaps legally closer to cake than bread.” Taking this into consideration. The ruling, Bookfinders vs. Revenue of Commissioners actually started off with wanting a tax relief for Jan. and Feb. of 2004 to Nov. and Dec. of 2005 with the tax composite rate at 9.2%. The Value Tax Act 1972 are more recognizably known as VAT. It was claimed by Bookfinders Ltd. there 9.2% should be at 0% VAT. An important thing to note is that Bookfinders Ltd. is a franchise of the Subway fast food chain based in Tuam Road, Galway. Bookfinders has a takeaway of 70-80% as most fast food franchises do have. It’s fair to say that they had a lot riding on lowering their tax for more relief considering it would mean they would get more of a profit in return.

What Bookfinders didn’t plan on was the four appeals it went through before receiving a final decision in Sept. 29, 2020. The appeals were made on several occasions, one of the first was from May 2009 to Oct. 18, 2010 and then was dismissed on Feb. 21, 2011. Bookfinders did not give up and made another appeal regarding section 941 of the Taxes Consolidation Act 1997 to the high court with Judge Keane J also dismissed their case on Oct. 14, 2016. Given the dismissal of several appeals Bookfinders argued with a statement that said, “It should be construed strictly and its exceptions interpreted broadly.” The court of each one of these cases didn’t feel it necessary to have any conclusion to this case besides the appeal being dismissed. Judge Keane J like many others before agreed with the respondent the Revenue of Commissions that the bread did not meet the standard of the VAT Tax Act of 1972. It was clear that the bread lost the 0% rate for high sugars.

Para. section (II) in the VAT Tax Act of 1972 with a judgement document, subparagraph (II) states, “bread means baking dough composed exclusively of a mixture of cereal flour and any one or more of the ingredients mentioned in quantities not exceeding the limitations for any specified ingredient: yeast, leavening, aerating agent, salt, malt extract, milk water, gluten, fat sugar and bread improver, subject to the limitation that the weight of any ingredient specified in this sub clause shall not exceed 2 percent of the weight of the flour including the dough.“ When Kennedy Baker and McCarthy JJ got their hands on this case on April 3, 2019, they came to the same conclusion of dismissal. Bookfinders seeming to not wanting to quit on appeals, appealed once again to the Supreme Court with Judge O’donnell residing on the case with the most stark conclusion and final ruling that judging based on VAT ACT of 1972. There will be no more appeals for bread at Subway or any other claims made by Bookfinders Ltd.

The Washington Post made a statement that said, “The 2020 guidelines advisory committee recently released its recommendation that Americans should reduce their added sugar intake to 6 percent of daily calories, down from the previously suggested 10 percent. In a 2,000-calorie diet, that’s equivalent to about 7 ½ teaspoons of sugar daily. The average American consumes 270 calories of added sugar per day, or roughly 17 teaspoons.” An eye opening statement and research which is very much self-explanatory that bread in general should be a staple food but Subway’s bread is 10% more sugar than what was allowed in that VAT ACT of 1972. When eating Subway’s bread how much sugar are you really taking out of the rest of your day for any type of sugar consumption and the health effects of constantly eating at Subway as a student as a “healthy” option.

The final ruling not only gives Bookfinders none for their tax relief but now the public gets to know how much sugar really is in their bread. With high amounts of sugar popping everywhere in fast food, one can only wonder if this is the most disappointing finding especially if students are actively looking for better options to keep oneself healthy.