Dancing with the stars: which set of couples make it to the season finale 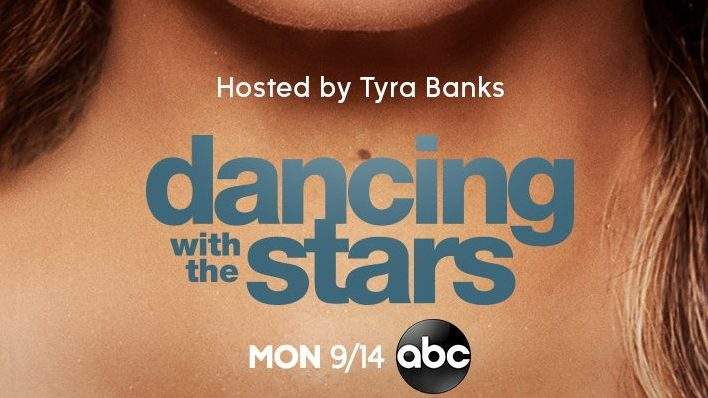 “Dancing with the Stars” Logo with host, Tyra Banks.

This season’s first episode was aired on Monday, September 14, and subsequently every Monday at 8:00 p.m ET on 6ABC. The first couple were eliminated on Tuesday, September 22. As at week seven, six couples had been eliminated: Charles Oakley and Emma Slater, Carole Baskin and Pasha Pashkov, Anne Heche and Keo Mostsepe, Jesse Metcalfe and Sharna Burgess, Vernon Davis and Peta Murgatroyd, as well as Monica Aldama and Val Chmerkovskiy.

“I am always in a hurry to get to my TV set on Monday nights for Dancing with the Stars because it is always fun,” said Kafui Fei. “I think those stars are brave to try their hands at something they are not good at and still make other people love to watch them try”.

For week eight, which was dubbed Halloween night, Nev Schulman and his partner Jenna Johnson had the first perfect seasonal score of 30 with a tribute to Black Swan, earning scores of perfections from all three judges. For this week, there was supposed to be a double elimination of couples, but for the unfortunate decision of Jeannie Mai to drop out of the competition due to the fact that she had to undergo emergency surgery to correct some growth in her throat.

The opting out of Jeannie Mai meant that just one couple was to be eliminated. After the couples did their usual individual dancing, this week saw a slight twist; the couples for their second performances were placed in groups of three to dance to a particular ballroom genre at the same time, only in variations. The first group was made up of Nelly, Chrishelle Stause and Nev Schulman- they danced to the cha-cha. The second group had Justina Machado, Johnny Weir and Jeannie Mai who couldn’t perform, leaving Justina and Johnny to dance to the Viennese Waltz. The Third group was made up of AJ McClean, Kaitlyn Bristowe, and Skai Jackson. They danced to the Samba. At the end of both dance performances for the night, Chrishelle Stause was eliminated after the judges saved Skai Jackson and Alan Bersten.

“My favorite couple have already been eliminated, so I am a bit thrown off on Dancing with the Stars,” says Irene Tucks. “I still watch it though, because at least I get to watch judge Bruno throw his hands around, which always makes me laugh.”

With the outbreak of COVID-19, no fans or spectators are allowed into the ballroom, and the judges’ table has been widened some more to make room for the judges to sit 8 feet apart. During every live telecast, voting begins right when the show begins and stays open until the commercial break just after the last couple have performed. The next episode to be aired

on November 9, 2020 would be themed, Icons Night. ABC has assured fans that all other things being equal, the finale of this year’s Dancing with the Starts is suspected to take place on November 24, 2020.