Viewers are going otaku for Netflix’s new listings; The increase of anime on Netflix 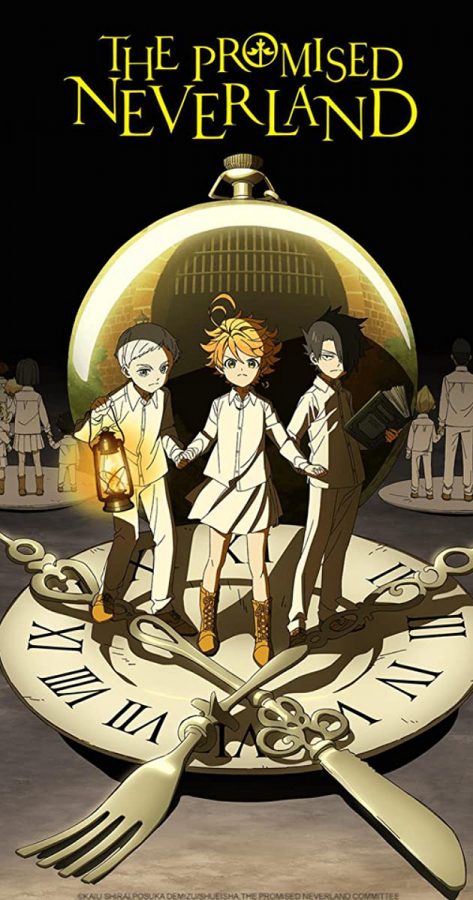 With diverse and unique stories that stretch the boundaries of the logical world, it’s no surprise that the anime platform has grown immensely on Netflix.

Giant statues of anime characters, cosplayers, Pikachu festivals and even stores dedicated to anime is a common factor of daily life in Japan. What many people simply see as a cartoon has shaped a whole culture. With diverse and unique stories that stretch the boundaries of the logical world, it’s no surprise that the anime platform has grown immensely on Netflix.

“Netflix revealed some data that demonstrates how Japanese anime has become one of the company’s most bankable content categories. Netflix said that over the past year, more than 100 million households around the world chose to watch at least one anime title on the service, representing growth of 50 percent year-over-year. Anime titles also appeared in Netflix’s top 10 list in nearly 100 countries in 2020 so far,” a Hollywood Reporter article said.

With anime increasing in popularity, Netflix has wasted no time in streaming more anime. Titles such as “The Promised Neverland” and “Erased” have recently been added, and Netflix is currently planning more projects for 2021.

“The latest wave of anime projects includes Rilakkuma’s Theme Park Adventure, a stop motion series directed by Kobayashi Masahito; Thermae Romae Novae, a new adaptation of the popular manga by Yamazaki Mari; High-Rise Invasion, a survival story based on the manga by Miura Tsuina and Takahiro Oba; Thus Spoke Kishibe Rohan, a four-episode series based on a story by Hirohiko Araki; and The Way of the Househusband, a new series spun from the award-winning manga by Kousuke Oono,” an IGN article said.

With this steady increase of anime, many anime fans are pleased with Netflix’s pursuits.

“I think it’s fantastic that Netflix is adding more anime to their catalog,” said Caden Delegarze, a sophomore criminal justice major. “I think Netflix is actually doing a good job for the anime world, the reason being that I feel that the anime netflix has are good starting anime. They may only have one season of a show which causes people to look for the rest of it, then they discover other kinds of anime.”

While Netflix seems to be getting positive reactions with their anime listings, there are some mixed opinions on the Netflix Original Animes.

“Honestly, they are a hit or miss. Some are actually really good and creative, while others just feel lacking in either animation, quality, or story,” Delegarza said.

The feedback from viewers concerning Netflix originals may have some negatives, but there are some viewers who see the positive aspects of them.

“I see it as anime all the same. Although it is mostly westernized and most of the time takes on different animation than I usually am used to, it still is technically anime. It still tells a good story,” said Ethan Garza, sophomore electrical engineering major.

Viewers not only appreciate Netflix’s endeavors, but they also have noticed methods in which Netflix could better their results.

“A thing Netflix can do to get better is updating episodes for the titles they already have. I hate watching an anime for one season and finding it is updated on another streaming site,” Garza said.

Not only do viewers feel that Netflix could add on to the titles already present, but they also see how their original series could better improve.

“One thing they can do better is take their time with their netflix original anime, because some of them feel rushed. Or like a new season comes out in like 4-6 months,” Delegarza said.

Netflix has recognized that anime is more than a cartoon to many viewers, and have leaned into that appreciation.

“I like anime because it’s both entertaining and inspiring. And for me its nostalgic because I grew up watching certain shows,” Delegarza said.

Like so many people who enjoy theatrics, anime is about the escape for some fans.

“It’s an escape to another world of imagination. When I watch anime, I typically look for a good story with a hero bent on doing good. I enjoy watching the hero in every story overcome evil because it gives me hope that I can overcome things like that too. Maybe not a deranged villain, but the obstacles of life,” Garza said.

Seeing the steady growth of anime listings, as well as the positive reactions from viewers, it’s safe to say that this expansion is just beginning.
“In just four short years since launching our creative team in Tokyo, Netflix has expanded the reach and overall audience of anime — a category conventionally seen as niche,” said Taiki Sakurai, Netflix’s chief producer of anime, in an interview with Hollywood Reporter. “We are excited now more than ever to challenge ourselves to expand our aspirational anime programming for fans around the world.”
With Netflix persistently working with their creative team and working on expanding, anime is now reaching more and more people around the world.
“The fact that it is growing on Netflix tells me that anime is catching fire and is reaching more people,” Garza said. “Overall, I think Netflix is doing great work with introducing anime to the general population. There are some stories that need to be shared so everyone can enjoy. They are doing well with keeping a variety of different anime on Netflix and introducing new titles.”