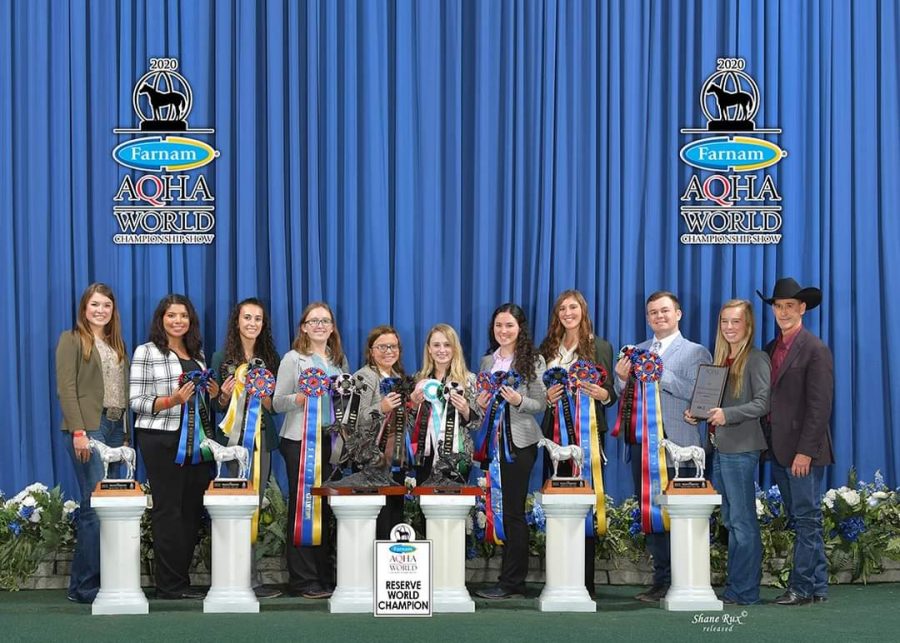 West Texas A&M University’s very own Horse Judging Team received top honors yet again at World Championships on Nov. 7 and 9, 2020, earning them both champion and reserve awards. This is an old hat for the team as they have won 125 champion and reserve champion titles since 1994.

“Our team members are extremely talented and, more importantly, they were extremely diligent in their efforts to prepare themselves and support their fellow teammates,” Pipkin said. “They are exceptional in so many ways including overcoming all the challenges associated with [COVID-19] restrictions and threats. Their resilience and teamwork are truly unmatched.”