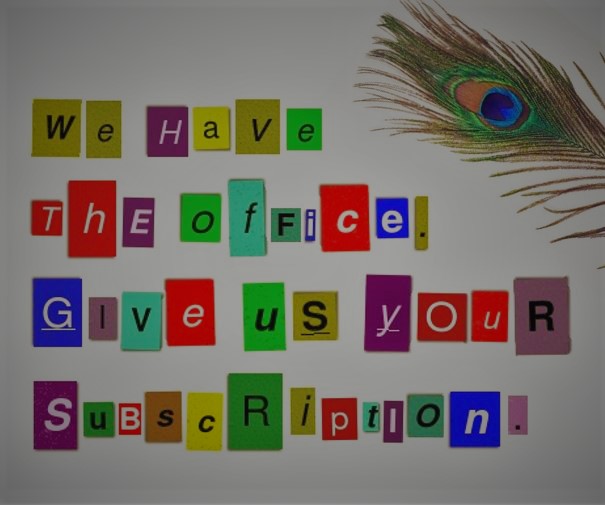 As 2020 was poised to disappear forever into the annals of horrible history and end our collective suffering by way of the illogical supposition that calendar years mean anything, it did so having arranged one final injustice to take place for a large portion of humanity’s already downtrodden population. The Office, NBC’s long-running mockumentary sitcom and long-lasting cultural icon, was going to leave Netflix and be added to Peacock’s meager roster. Peacock, NBC’s attempt at joining in on the streaming service craze and cementing a kind of relevancy for television and radio networks in the age of the almighty internet, is a lame duck of a service, hobbling through the marshes on legs of irrelevant daytime television from the 80s and trying to spread tattered wings made of promises of access to favorites like Psych or 30 Rock without a premium account but only offering two seasons of said shows for free. The Office was to be Peacock’s tail feathers–the tool that would help them reach the clouds, where the graceful swans of Netflix and Disney Plus soar–but may prove to be the first domino in a chain reaction that will cause the streaming service fad to die out as quickly as the iPod Shuffle.

If possible, think back to the early days of Netflix as truly the sole streaming platform. It didn’t have much, but it was all there was. The now customary tradition of scrolling through the catalog until the time you had to watch something has narrowed to nothing was born. The idea of a movie created by and for Netflix was ridiculous and without a theater release, who would watch it? And the very notion that a person could and would decide to obtain access to Amazon Plus and Hulu as well as Netflix to fulfill their streaming needs may have been laughed at as a superfluous and extravagant expense. Netflix enjoyed this environment for a good five years before the true dawn of the streaming service wars. More and more networks and media moguls threw together platforms to entice subscribers until the convenience of streaming became enough of a need to warrant a platform from the likes of DC and Disney. Relevancy began to hang on online accessibility. In order to obtain that relevancy, most networks sought to be their own masters; sought to be the next big service. And it was here that the rails came off. In their desperation to become the next Netflix, the companies and networks that pulled things from Netflix to stock the shelves of their own tiny online video rental store strayed further and further from the thing that made Netflix what it was, and continues to ruin the chances of anything ever being close to what originally made it great.

Netflix didn’t have everything, but Netflix had enough. That was the driving force behind its reign, and still is to a certain extent–for now. But as it stands, with the existence of HBO Max, Apple TV, Disney Plus, Peacock and CBS All Access along with Hulu and Amazon Prime–not to mention the likes of Starz, Youtube Premium and Sling–viewers and potential subscribers are stuffed for choice, overwhelmed and simply do not have the budget or the time to go through at least five services when looking for something to watch. And this isn’t a problem that has reached its critical mass. Peacock took a staple of American Netflix when it claimed the Office and is requiring a premium subscription in order to access the bulk of its seasons. This is after Disney pulled its roster, which included Marvel Studios and Lucasfilm as well as beloved classics, when it launched Disney Plus. Paramount Studios are planning to pull its movies from Netflix in order to make a Paramount streaming service. And when it does it may succeed in gutting the monarch of the streaming services completely, finally ending Netflix’s reign and thereby plunging the streaming wars into a chaotic no-man’s land full of pricey services that each offer something we want but not enough to make us actually pay. Having multiple streaming services only works if one of them, at the very least, provides enough entertainment to warrant streaming at all. Very few people will buy a Peacock subscription for the Office alone. My wife can quote half the show but is not going to pay a monthly fee to watch it. If we have to be juggling five services just to have the same amount of entertainment we had on Netflix to begin with, it won’t be worth it. I’d sooner go back to collecting DVDs.

And if the rest of the world is of the same opinion, Peacock, Paramount, and Apple TV will go the way of DC Universe and crumble into pieces that will be snatched up by Netflix, Disney or HBO Max. Peacock’s hostage negotiations will have failed and the streaming wars will continue as per usual. But if people do pay; if people give in to Paramount and Peacock, and sooner or later an entire streaming service dedicated to Reality TV, then the status quo will shatter. Netflix will be as useless as Peacock and vice versa. Anarchy will reign. And when a power vacuum is created, a totalitarian ruler usually steps up to the plate.

Disney will rule entertainment and we will be that much closer to the United States of Walt Disney Enterprises. All hail Elsa–in the name of the mouse, the duck and the silly dog.