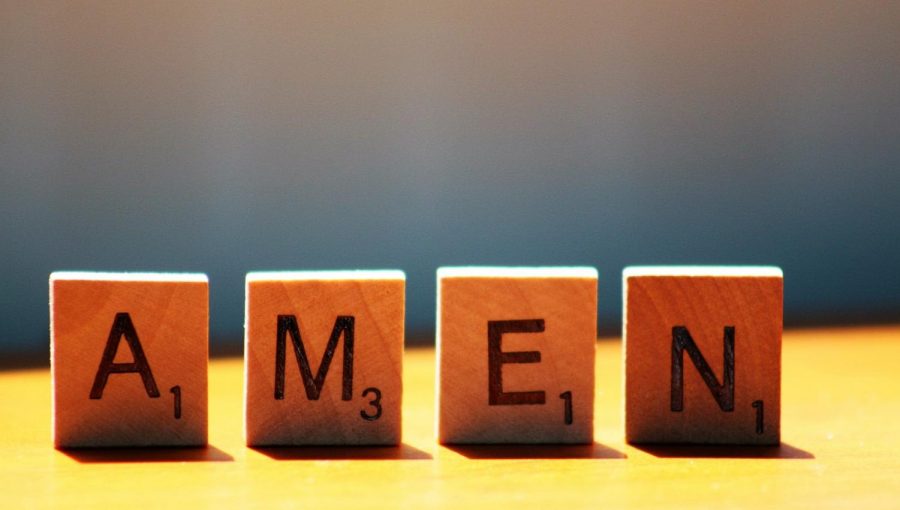 In our current society, inclusiveness is predominant for various communities. However, should this value conform religion to the ideals of the world? On Jan. 2, 2021, Emanuel Cleaver, a United Methodist minister and former mayor of Kansas City, was tasked with leading the congress in prayer at the 177th Congress swear in. Cleaver ended the prayer by saying, “Amen and a-woman.”

When I first watched the video of Cleaver’s prayer, I was taken aback. I have heard people jest about the word “a-woman”, but I never expected any higher religious authority to use it as a definite term. The dictionary definition of amen is, “it is so; so be it.” It is by no means excluding women from the church.

Amen is a means, for many religious groups, to show respect towards God. I feel that, as minister, Cleaver should understand the reverence that is attached to this word.

“This indicates that the people applauded the righteous sentence handed down by their holy God, responding, ‘So let it be.’ The amen attested to the conviction of the hearers that the sentences which they heard were true, just, and certain,” said Got Questions.

I understand that respect, acceptance, and tolerance is coming over our society in waves. However, I don’t believe that this always extends to Christianity. What I mean by this is that oftentimes Chritians are asked to not speak of their faith or beliefs around certain groups as a way to respect others. Yet, asking Christians not to speak of their faith is disrespect in itself.

“Tolerance once meant respecting and hearing those with whom you disagree. Now, tolerance means that you must agree and celebrate anything, say, I want to do, or someone claiming that you need to be tolerant,” said Frank Turek of Cross Examined.

True respect means to listen to others beliefs and discuss civilly, even if the two parties disagree. By purposely altering a religious term, Emanuel Cleaver disrespected God, as well as Christians.

As I did more reading, I realized Cleaver didn’t just misuse this term as a means to fit his own beliefs.

“He (Cleaver) told the Kansas City Star his “A-woman” reference on Sunday was intended to recognize the record number of women serving in the new Congress,” said an article on The Guardian.
There are now 144 women in congress, which is a record high. While I support Cleaver’s recognition of this accomplishment, I feel that it was not done properly. Cleaver, or even another member, could have acknowledged this success before or after the prayer. Instead, Cleaver used religion as a means to make a “joke”.
If someone was to manipulate or joke using a respected term from, say, the LGTBQ+ community, this behavior would not have been accepted. Keep in mind, I’m not comparing or ranking either community above one or the other. I simply feel as though Christianity is constantly asked to adapt or stay silent when it comes to a disagreement in beliefs. The true idea of tolerance and respect is still something our world needs to improve upon.
“Tolerance and its classical meaning required you to disagree with what was being done or said because in order for you to tolerate something, you have to disagree with it. You don’t tolerate things you agree with. You tolerate things you disagree with,” said Turek.
I appreciate how diverse our world is. I am grateful that we are still able to pray in government situations. I am proud that women are now able to have higher leadership positions. However, I recognize the need for true respect. I recognize the need for different communities to be able to sit and have humane conversations. Not just to tolerate, but to truly listen. It can all start with understanding the true meaning of a seemingly simple word.