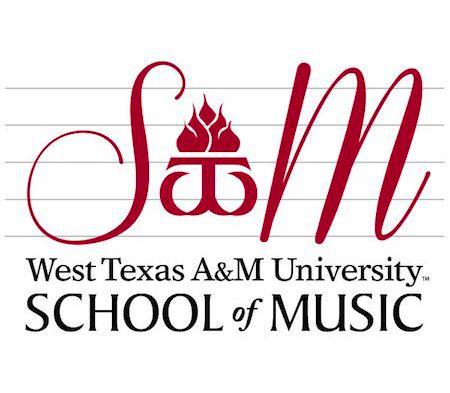 Courtesy of WT School of Music

The School of Music at West Texas A&M University will prevail no matter the circumstances.

On Tuesday, March 9, 2021, West Texas A&M University’s concert band had its first live performance in over a year. The concert was conducted by Russ Teweleit, associate professor of music and associate director of bands. The concert also featured two student guest conductors, Allen Daniel and Caitlin Gallaher, both seniors majoring in music education. The concert held a live audience in the seats, but also provided a live video of the performance on Facebook. The concert lasted approximately 35 minutes.

“The piece I conducted was called “Chasing Sunlight” by Cait Nishimura. This was one of the most fun and enriching opportunities I have been blessed with throughout my whole college career,” Gallahher said. “While I was conducting my piece for the concert, I felt completely exhilarated. At one point, I looked around the concert hall, and I felt so proud of myself and my colleagues.”

Both the symphonic and concert bands had to change their methods of practicing during the pandemic. Practicing for a concert must be done in smaller groups at a time under a time constraint. The bands must follow a schedule to allow the air in the ensemble rooms and band hall to fan out before the next group or class comes in.

“Masks have to be worn at all times, except when we play. Some instruments wear a bell hole mask. The set-up in rehearsals are socially distanced,” said Diego Romero, a sophomore flute performance major. “The set-up in rehearsals are socially distanced, in a square, meaning that for the moment, we cannot play in a concert arc. Rehearsals were split into sectionals, woodwinds, brass and percussion.”

Aside from changing routines, the band has had to cancel last spring’s concert and instead perform it this semester. Dr. Teweleit decided to continue practicing the pieces from the canceled concert instead of choosing new pieces.

“It was a bit frustrating to be honest. When the lockdown first started, the world was literally shutting down and everyone was scared of how things were going to progress. But from a safety point of view, it was the best decision made,” Romero said.

The school of music also had to cancel other ensemble groups’ performances and have strict rules for those performing recitals.

“Anything after spring break of last year was cancelled. This includes our large ensemble concerts, as well as small ensembles like brass choir and jazz bands,” Gallaher said.

Despite previous setbacks, the concert band was given the green light to perform for their first spring concert. Students and faculty of the school of music were happy to have a sense of normality back in their lives.

“It actually was really great to finally get to perform. Of course I mean that’s why we do what we do. So it was incredible to get to do that. And despite not having a live audience it was just as rewarding,” Teweleit said. “Afterwards actually I feel even , I don’t know, more proud of what we were able to finally get to perform. And seeing the response I think was really encouraging.”

Both the concert and symphonic bands look forward to having their end-of-the-year concerts on April 28, 2021, in Mary Moody Northen Hall. Official details on the concerts will come out soon.