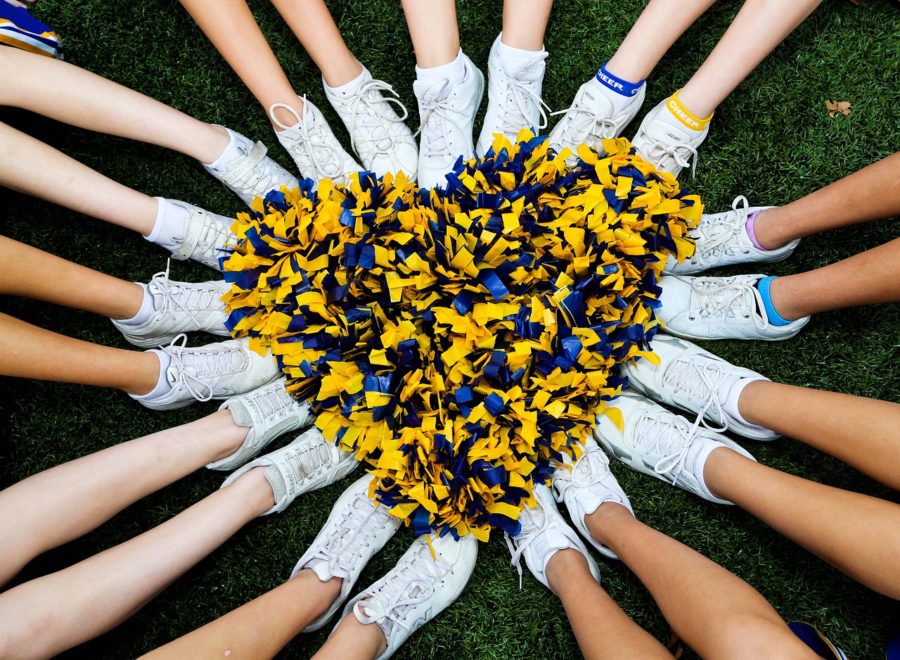 A love-image created by dancers' shoes and colored ribbons

The West Texas A&M University community have for the past weeks received some information on the merging of certain athletic teams into one spirit team. This information first came to light on March 9, 2021 when a memo was sent to both the cheer squad and dance team, as well as their coaches. The memo was sent by Michael McBroom, director of athletics at WTAMU.

Contents of the memo informs what the vision of the university is to create a single Spirit Team which would perform at football, volleyball and basketball games instead of sponsoring separate cheer and dance teams. The team, which would also be made up of the Maroon Platoon and Bucky the mascot, is expected to make appearances at important university and community events when the fine details have been sorted out.

“We are not killing tradition. We are still going to be a spirit and cheer squad, but it is being repurposed and reimagined,” McBroom said.

This however has caused a huge stir not only among the affected teams, but some members of the university as well. These upset individuals do not believe merging the teams would be beneficial to them, since both teams require different skill sets. A petition was sent out by these affected teams to overturn the intended merger and garnered over 20,000 signatures. The petition however had little impact on the earlier announcement to merge, making the frustration felt by the teams worse.

“The effect the athletes will have is the distinction between being separated as far as being called a cheerleader or a dancer. Now they will identify as one spirit squad and have multiple skill sets,” said Bailey Houston, senior dance captain. “But each member will not have the exact same skill set. We were informed that the athletes will still receive scholarships, which is a big incentive for many athletes to try out.”

The new initiative is said to be organized under the university’s division of Student’s Enrollment, Engagement and Success (SEES). In the same memo dated March 9, 2021, the new Spirit Squad will make its inaugural performance on Thursday, Sept. 2, 2021 at the first home football game.

“As WT continues to serve the Texas Panhandle and beyond, our commitment is to expand the participation of students, faculty and staff, alumni and friends in all University events, in particular, athletics events,” said Dr. Walter V. Wendler, president of WTAMU. “Expanding opportunities for students with various skills and interests to participate more widely in university functions, in and out of athletic competitions, is important.”