‘Satan Shoes’ slapped with an injunction on sales 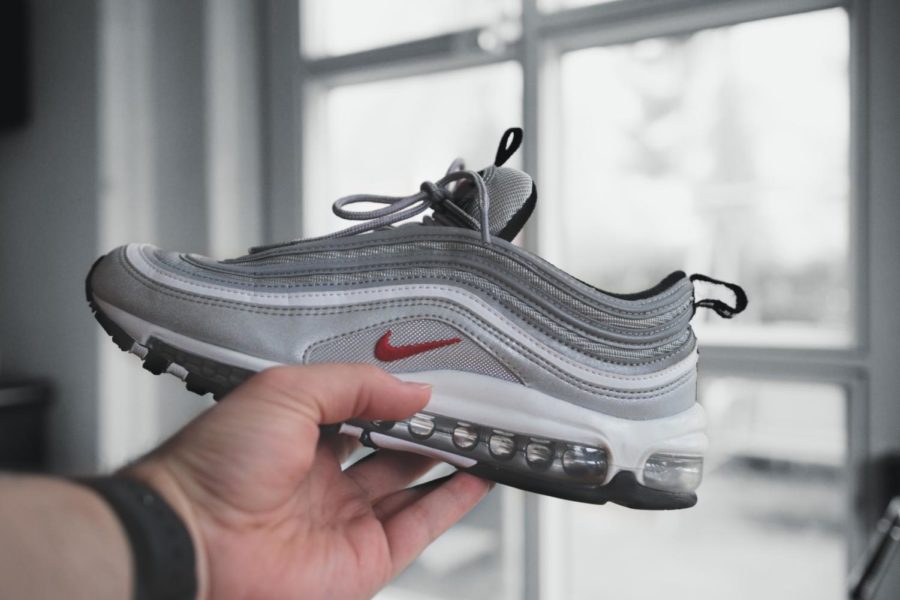 Photo of the Nike Air Max 97 sneakers, which the Satan shoes are modeled after.

The internet has been going wild, following proceedings between MSCHF Product Studios and Nike, over shoes made in collaboration with rapper Lil Nas X. The shoes have the Nike swoosh logo. Nike registered their displeasure regarding the use of their logo, calling it a breach of their trademark sign. The shoes in question are called, “Satan Shoes”.

Three days after Nike filed a lawsuit against the manufacturers of the infamous shoes, Judge Eric Komitee, a Brooklyn District Judge ruled in favor of Nike on the illegal use of the company’s trademark logo. Lawyers of the defendant argued that the “Satan Shoes” were not considered typical shoes, but individually numbered works of art made after the same Nike model “Jesus Shoes” back in 2019.

“I believe that the thought behind it at first was okay, but it carried on and became too far that it had disrespected the religion,” said Karina Rivera, a senior and health sciences major.

The “Satan Shoes” are customized versions of Nike’s Air Max 97 sneakers, rumored to contain 60cc of ink and one drop of human blood from MSCHF employees in the midsoles. The shoes are also printed and inscribed with Luke 10:18, which gives an account of how the fallen angel (Satan) was ousted from Heaven. The only defendant here is the manufacturer, MSCHF Product Studio. Lil Nas X, however, is not a defendant in the case.

“MSCHF strongly believes in the freedom of expression,” MSCHF said in a statement. “We look forward to working with Nike and the court to resolve this case in the most expeditious manner.”

The “Satan Shoes” and Lil Nas X’s latest single Montero coincided, with the music video causing a lot of discomfort and raising eyebrows among critics. The video depicts the rapper being seduced out of a place set up to be the Garden of Eden, then later falls to hell, where he gives Satan a lap dance. Critics later branded the shoes as evil, following its release over the Palm Sunday weekend. Lil Nas X was to choose who got the 666th pair, until the injunction.

“This darkness and deception are a part of America, whether I agree with it or not. The message he’s portraying is his message, but it is definitely not mine. I choose light and hope.” Said Kadie Griffith, a junior and education major.