Ups and downs from University of Texas at Permian Basin loss 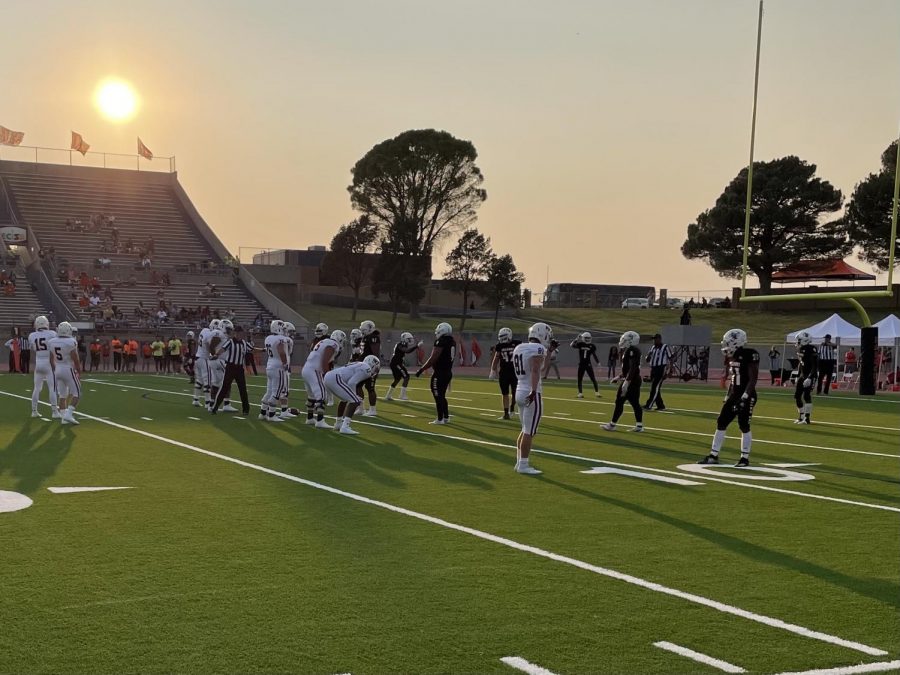 Buffaloes on the brink of a touchdown.

It was a rough defeat for the Buffaloes as they fell to University of Texas at Permian Basin 42-31 in their first away game of the season. It was a competitive game to start and went blow for blow, but unfortunately slipped away from the Buffaloes’ grasp and by the time they were able to get a hold on it again, it was already too late. There are many things to look at that factored into this loss, and many things to observe that were inspiring going forward. We will look at the positives, negatives and the facts in this checklist.

Starting with the criticism, the Buffaloes defensive back positioning group as a whole didn’t play up to par at all. According to West Texas A&M University athletic defensive statistics, 281 yards and six passing touchdowns were given up. The average per play was a disappointing 8.8 yards given up, a first down in itself is 10, that’s only a meger difference of 1.2 yards. UTPB mainly went down field through the air picking up 12 first downs through that method. I was able to get Defensive Backs Coach, Andre Pope, on why the defensive backs had their struggles against UTPB passing attack.

“First and foremost we tackled like the little giants, like a pop warner football team, not only in the secondary, but as a defense. Secondary wise we didn’t tackle well at all. Tackling is a foundation of football,” Pope said.

Pope was not lying when he said, “as a defense.” The defensive line surrendered 127 rushing yards, however, the average rush per attempt was an argument to be had. The average sits at 3.7 which is not that eye popping of a rush per carry number. On the bright side, the defense gave up no scores on the ground. One of the biggest factors in this game is the penalties. The Buffs had six penalties compared to UTPB two. A difference of four penalties may not sound like a big deal to some, but the timing is what really hurt the Buffaloes as some came on key score brinking drives. Pair that with a missed field goal and a dropped touchdown pass on separate occasions, we could be talking about a totally different outcome. The Buffs actually outperformed UTPB in getting first downs with 26 to UTPB 21. However, self-inflicted problems erased those good efforts. I was able to interview Offensive Coordinator, Russ Martin, on what he thought about the offensive performance.

“It’s about focusing on taking care of what we can control. I think if we can understand how important that is to not so to speak inflict those wounds we can perform against a good team. We have to control the controllables,” Martin said.

One continued bright spot seems to be Khalil Harris, sophomore running back. Harris picked up 94 yards on 21 attempts which equals a 4.5 rushing per attempt, which is almost half of a first down. He also managed a pair of touchdowns, that is back to back games for Harris where he has scored two touchdowns.