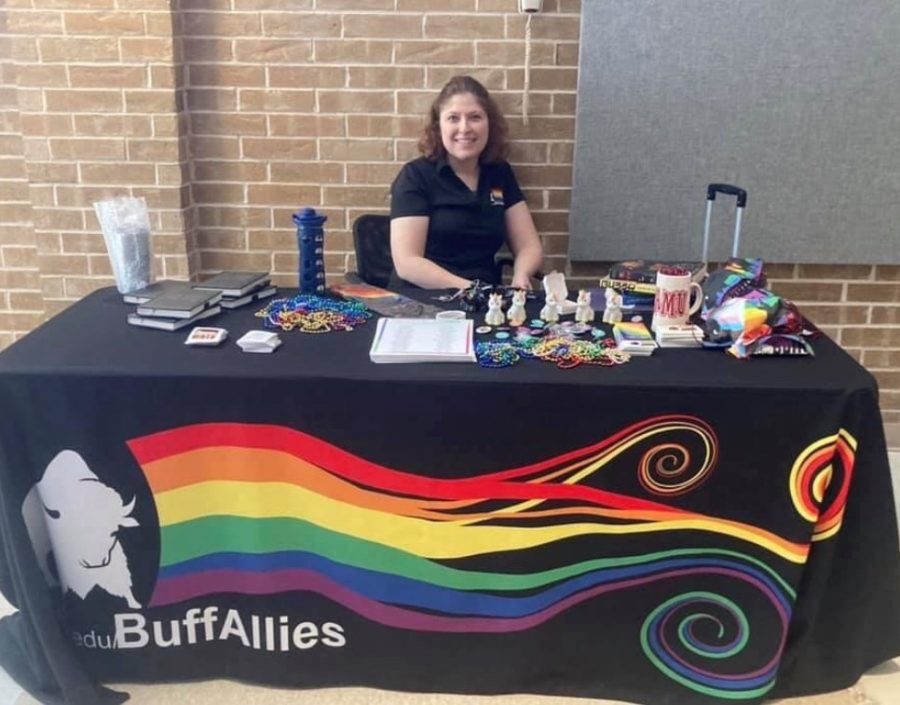 According to the West Texas A&M University’s Buff Allies website, “Buff Allies is a group of staff, faculty and students who are committed to creating a safe campus for lesbian, gay, bisexual, transgender, queer, questioning, intersex and asexual (LGBTQIA) members of the WTAMU community.”

There are faculty, staff and students who are safe zone trained, which means anyone can go to them, and from there, they will be directed to the right avenues to get help. Buff Allies provides the WTAMU campus with a safety net for when people are in dire need of support.

In an interview with Dr. Eric Meljac, Assistant Professor English, Director of Creative Writing, and a safe zone trained professor, said, “Respect the person’s identity, and I think that’s really important, respecting identity. Identity is the core of our hearts and minds.” Safeguarding identity is one of the core values of Buff Allies, as is seen by the number of resources on the Buff Allies website.

An example of the outreach work that Buff Allies does are the number of events, such as the “Living out Loud” event with Greg Petruska on Oct. 14, 2019.

But the inclusivity of Buff Allies does not stop there. The WTAMU Buff Allies website says, “Buff Allies strongly affirms that Black Lives Matter. Your reactions of anger and sadness and grief matter. You matter to us.” Buff Allies includes everyone because everyone’s identity matters.

Buff Allies holds being a support system to the utmost importance. Buff Allies supplies resources to struggling faculty, staff and students through support services such as Equality Texas, which believes in equality for all, and who have also pledged anti-racism.

Allyship is important, and WTAMU organizes faculty, staff and students to understand that there are places on campus that are safe zones, where you can go to get advice on where to get help.

If you are in need of advice, you can contact any number of faculty and staff allies. If you would also like to be safe zone trained, you can contact Spectrum faculty sponsor, Dr. Kristina Drumheller at 651-2816 or email [email protected]