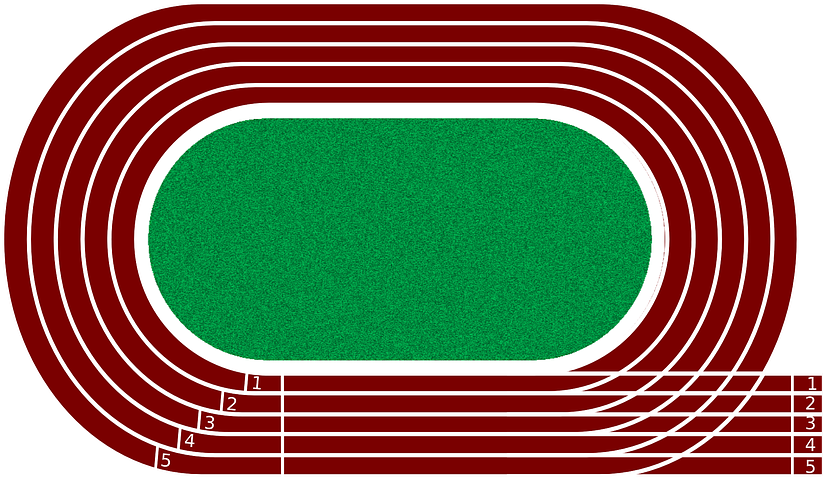 A tartan track with an astro-turf field in the middle

The Tokyo 2020 Olympic games took off successfully between July 23 to Aug. 9. Key moments in the Olympics included the historic gold-medal-sharing high jump final between Tamberi of Italy and Barshim of Qatar. The Venezuelan triple jumper, Yulimar Rojas, stunned the world by breaking both the Olympic and World Records with 15.67 meters.

The men’s 100-meter dash made headlines after Italy’s Marcell Jacobs won the event in 9.80 seconds. The Italian 4×100 quartet also emerged champions. One athlete who was deemed “long overdue” for his share of Olympic gold was Canadian Andre-DeGrasse. He won gold in the men’s 200 meters, after winning silver behind Usain Bolt during the Rio Olympics in 2016.

Post Olympics, the Prefontaine Classic in Oregon garnered a lot of attention because of one athlete- Sha’Carri Richardson. Richardson was banned from competing at the Olympics after testing positive for marijuana intake. The Classic was her chance at redemption since she had all Olympic finalists in that 100-meter dash. Contrary to popular expectations, Richardson finished 9th behind all the finalists.

The World Athletics Continental Tour took place in Kenya on Sept. 18. Trayvon Brommel of the U.S.A ran the 100 meters world leading time of 9.76 seconds. Omenyala of Kenya ran close behind and set the African record with 9.77 seconds. Kerley won the 200 meters and set a personal best time. Mboma won the women’s 200 meters, while Shelly Ann Fraser-Pryce of Jamaica won the women’s 100 meters.

The most progressive athlete this season would be Mboma, who was banned from running her signature events, the 400 and 800 meters, due to hormonal concerns. She resorted to running the 200 meters, where she won a silver behind Elaine Thompson-Herah. Winning gold in Zurich has etched her name in history.

Kerley, prior to the U.S.A team trials, opted for the 100 and 200 meters, leaving his signature 400 meters behind. He attracted many criticisms but shut all critics after winning silver at the Olympics in the 100 meters. Winning the 100 meters in Zurich just tells the world one thing, “You’re the only one who knows what’s best for you.”

Track and field season is officially over, and the next international action would be the World Athletics Championship in 2022. The venue is Hayward field, Eugene, Oregon in the U.S.