The West Texas A&M University’s football team entered their third home game of the season facing their biggest opponent so far, the fifth ranked Division II school in the nation, Colorado School Of Mines. What looked to be a comfortable win in the making soon came crashing down the second half of the game. The Buffs came out dominating the Mines really in all facets of the game. The defense was able to get stop after stop and nearly an interception returned for a score by Tobias Harris, junior defensive back. Harris was unfortunately run out of bounds by the lone defender in his path. If you factor in Harris getting in for a score, that still makes the Buffaloes behind 20-21. The outlook towards the end of the game could have been changed if that resulted in seven instead of only managing three points off that turnover.

Nick Gerber, junior quarterback, had another tipped interception that bounced off multiple hands and into a Mine player. The box score won’t show it, but that is the second time this season Gerber has been intercepted off of a tipped pass. According to the National Athletics Association, the Buffs had four penalties that totaled 45 yards. That’s almost half the football field. In terms of third down situations, that went completely south for the Buffaloes as they went one of nine. To put that in another perspective, that is an 11% conversion, that is simply unacceptable. The Mines didn’t win this game, the Buffs lost it. 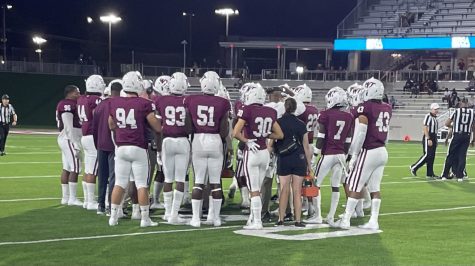 The score at the end of halftime was 13 to zero, Buffalo’s lead. They would go on to never score again, allowing the Mines to rack up 21 unanswered points in the second half of the game. The majority of that damage came on the ground. The Buffs defense faced a staggering 54 attempts by the Colorado School Of Mines offense. The result was 205 yards for the Colorado School Of Mines offense. The rushing defense for the Buffs is simply not up to par so far this season as they are ranked 38th in rushing defense in all of Division II football. According to WTAMU athletics, the third quarter consisted of a turnover on downs, a fumble and a punt for the Buffs. Not great. I was able to ask Coach J.T Hadden, defensive lines coach, on what some of the reasons for the step back in run defense.

“We gave up a lot of yardage to the quarterback scrambling and making plays with his feet,” Hadden said. 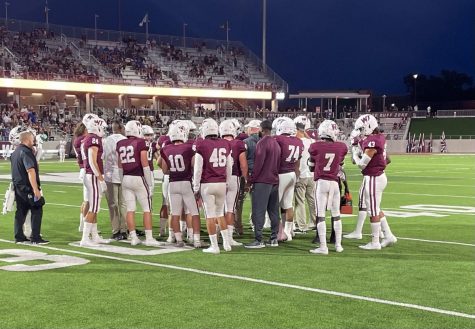 There seems to be one common denominator in both losses this season, and it’s the Buffs not being able to get out of their own way. From tipped passess, fumbles, missed tackles or atrocious penalties, the biggest battles don’t seem to be the opponents they are facing, but more so themselves. They will need to clean up the mistakes heading into their away game with Western Oregon University on Saturday Oct. 2.