Women’s march in Amarillo this weekend 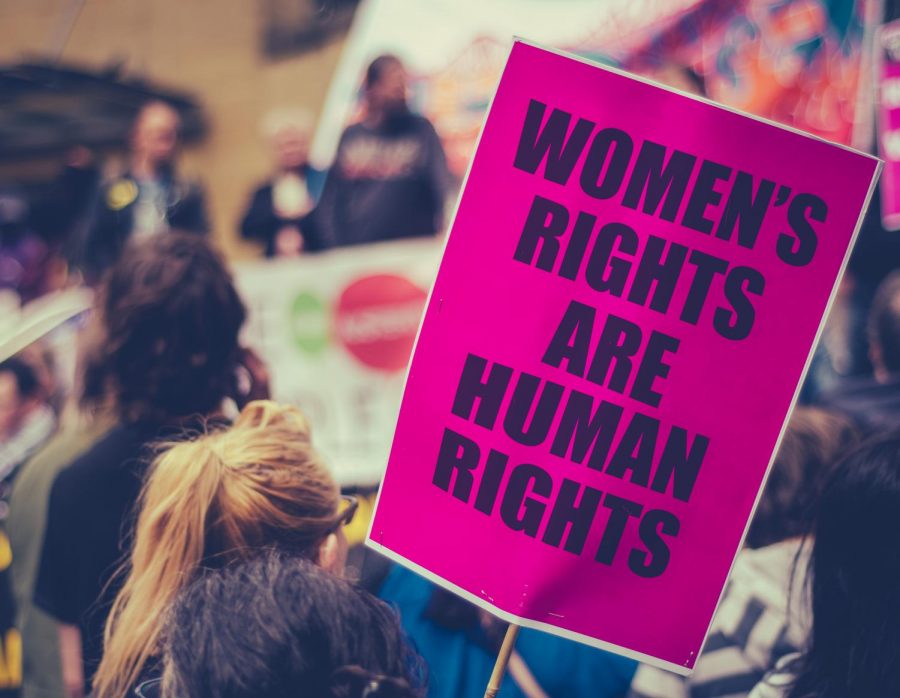 Women's rights placard at the Women's March in 2017.

This Saturday, October 2, 2021 at 11 a.m. starting in Ellwood Park located by downtown Amarillo, there is going to be a women’s march in response to the Texas Legislature passing Senate Bill 8, the Texas Heartbeat Act, which bans abortions at the start of the, “detection of an unborn child’s heartbeat,” which is at 10 weeks, before most women know they are pregnant.

People in the city of Canyon face a difficult time finding reproductive services close by. Before the Planned Parenthood clinic in Lubbock opened, the three closest abortion services were not located in the state of Texas. The distance barrier is an immense problem for not just West Texas A&M University students.

Senior equine industry and business major, Katherine Walker, said, “Living here in rural Texas, it always feels like a disappointment because I want to stand up for my rights.”

Rural areas are conservative with opinions on abortions, being one subject always on mind and emotional arguments not far behind. Protests allow you to voice your concerns out in public while being in a crowd that gives you the space to publicly hold beliefs often not accepted. Organizing gives participants the chance to connect with other like minded residents.

“Women’s rights have never been discussed in this area because it’s so taboo,” said Destiny Talley, graduate early childhood education student. “It feels good to finally have a march.”

There have been previous women’s marches in Amarillo, but the numbers were nowhere as near as the social justice protests of summer 2020. The most recent women’s march in Amarillo was in 2019 with “about ~100 attendees,” Jami Lyons said, the 2021 Amarillo Women’s March coordinator.

“The women’s march here in Amarillo is really to give voice to our side of the argument,” Lyons said . “I want to start a dialogue… I want to build a bridge and find a common ground, even [if] we’re on opposite sides.”

Lyons knows that the majority of people in the Texas Panhandle don’t agree with her, however, she hopes that citizens of the Texas Panhandle can come together to express the first amendment right to organize. Finding common ground and having conversations is important for our democracy. Lyons saw the events of the special sessions in Texas play out. A large reason why she organized the march is for a specific aspect of Senate Bill 8.

“Not everyone realizes how unorthodox this bill is written, it is unprecedented in our constitutional history for a lawmaker to write a bill while shirking the responsibility that comes along with forcing the bill,” Lyons said.

The aspect of the bill she’s referring to is the bounty section for that targets those who, “[aid] or abets the performance or inducement of an abortion.” The state of Texas gives any person, not even a resident of Texas, the opportunity to go after Texas residents who are involved with abortions in any way. Lyons saw the bill get signed by the governor into law and didn’t want to stand by.

“Even though this town is so small, there are other people who want to stand up,” Walker said. “It reignites the hope I lose when I remember where we are.”